Downtown Eastside residents are being warned of possible exposure to COVID-19 if they were at the West Pub between Aug. 20 and 30. The pub is part of the West Hotel, a single-room occupancy hotel at 488 Carrall St.

But a longtime advocate for the Downtown Eastside questions why the warnings are limited to notices from Vancouver Coastal Health in the bar and hotel.

The health authority hasn’t put any information about the exposure on its website, and so far there hasn’t been any media attention to the possible exposure.* (After this story was published, Vancouver Coastal Health did add the exposure at the West and several other "low-risk" exposure events to their website.)

Judy Graves, the City of Vancouver’s former advocate for homeless people, says people from other areas frequently visit bars in the neighbourhood and should know they may have been exposed to the virus.

“Somebody who had been sitting with the person with COVID would not have heard that they’ve been at risk,” she said. “It’s just like any other bar, any other place — people come and go.”

But Vancouver Coastal Health says it only makes public notifications “in the event of a declared outbreak” or if the health authority has not been “able to reach all close contacts and it is necessary to inform the public about a potential exposure.”

“Our public exposures page is for those cases where public health has determined there may be a risk of exposure to others but are not able to identify and contact everyone who may have been exposed directly,” Carrie Stefenson, public affairs leader with Vancouver Coastal, told The Tyee via email.

B.C. provincial health officer Dr. Bonnie Henry said Tuesday that bars and parties have been a source of virus transmission as COVID-19 cases increased in the province. She announced that nightclubs and banquet halls will be ordered to close and bars will have to stop serving liquor at 10 p.m. and close at 11 p.m.

While there were fears that COVID-19 could be devastating in the Downtown Eastside because so many residents live with serious health conditions, so far there have been few individual cases and no outbreaks.

Wendy Pedersen, a tenant organizer who has advocated for people living in SROs, said that when she completed a survey of the West Hotel’s residents in 2015, most listed numerous health conditions. “I’ve never seen such a list,” she said.

Graves said many of the tenants of the West frequently visit the pub, describing the bar as “their living room and their community centre.” 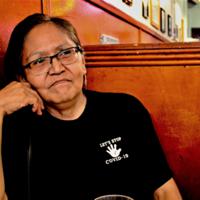 Vancouver Coastal’s Stefenson declined to say whether all tenants in the SRO have been or will be tested, saying the health authority does not comment on specific cases.

In the notice posted on the West’s window, Vancouver Coastal Health says that anyone who visited the bar between Aug. 20 and 30 may have been exposed to the virus, but that does not mean they are sick with COVID-19.

The health authority says people who were in the bar during those days should monitor their health for symptoms such as shortness of breath, difficulty breathing, fever or chills, a cough, sore throat, loss of taste and smell, diarrhea, nausea or vomiting, headache, fatigue or muscle aches.

The health authority says that if you develop new symptoms, you should be tested for COVID-19.

*Story updated at 4:19 p.m. on Sept. 9 following an email received from Vancouver Coastal Health noting that the West Pub had since been added to the website's list of possible exposures.