On Friday the 13th, visitors were banned from Erica Grant’s single-room-occupancy building in Vancouver’s Downtown Eastside to protect against the spread of COVID-19.

But a week later, there is still no station for hand sanitization. Not at the front door, nor in the shared washrooms on each floor.

“I have my own personal bottle in my bag,” she said. “But not everybody has that… If someone down here got sick, it would spread like wildfire.”

Cleaners are wiping down handles and railings, but Grant doesn’t think it’s enough, not with residents going in and out for meals. In the washroom on her floor, there is no soap.

Hand cleaners aren’t the only thing in short supply in the Downtown Eastside. As Vancouver faces the threat of COVID-19, there’s little information about what’s going on and what to do.

Grant, an advocate with the Carnegie Community Action Project, has been walking around the neighbourhood handing out info pamphlets about stemming the coronavirus.

But Fiona York, co-ordinator at the action project run out of the neighbourhood’s Carnegie Community Centre, said that’s not enough.

“There is a complete lack of information,” York said. “People are not self-isolating or social distancing.”

On Thursday the City of Vancouver declared a state of emergency. The city has begun to give help to the Downtown Eastside, adding wash stations to a neighbourhood lacking in public washrooms and educating SRO operators and tenants about sanitation in their buildings. The city has also formed a Downtown Eastside Task Force with Vancouver Coastal Health, BC Housing and community groups. (A map of available services can be viewed here.)

But York says that support “hasn’t trickled down” to the community yet.

At the same time the threat of COVID-19 has resulted in closures of businesses and services in the community. Drop-in centres that were open to to the neighbourhood’s many low-income residents have closed their doors. All city libraries and community centres are closed, with the exception of the Carnegie and two others downtown, which remain open but with reduced hours.

These are all important places that locals rely on for physical and social well-being, whether to seek solitude or connection.

Many SRO buildings like Grant’s no longer welcome guests, meaning that her son and partner cannot come in to visit her. Both are homeless.

Grant Houle, her partner, thinks it’s safer. “At least outside, you have some control,” he said.

York knows of a woman who’s sleeping in front of her partner’s building because she’s not allowed inside to see him.

These actions are producing “unintended consequences,” said York. Many more people are out on the street and with little idea of what’s going on.

Sex workers barred from buildings lose their incomes or are forced into riskier ways of working, she says. The Downtown Eastside Street Market has closed, leaving vendors to set up shop on sidewalks. People who depend on drop-in centres for internet access are now cut off from using it to connect with their friends and family or catch up with news of the worsening pandemic.

The spread of coronavirus in this dense, impoverished neighbourhood — where many people already struggle with staying healthy — would be catastrophic.

With everyone elsewhere in B.C. hanging onto the daily advice from provincial health officer Dr. Bonnie Henry, Clark’s been shocked to see how disconnected the Downtown Eastside is from the message.

“It blows your mind,” he said. “There are still hundreds of people at Main and Hastings.”

Vancouverites with cozier lives are slowly learning to adopt new habits to counter COVID-19, but many of these strategies are simply not possible for those with precarious shelter. People who do have housing in SROs are likely sharing one washroom with everyone else on their floor. Not everyone has access to showers or laundry.

And those who are homeless don’t even have a place to wash their hands or self-isolate.

“They don’t have a place to be healthy in general,” said Jeremy Hunka, spokesperson for Union Gospel Mission. “Their immune systems already beaten and battered, many are already struggling with underlying health issues, and are vulnerable in almost every way.”

“There’s often bad colds and flus going around in the homeless community. They’re already susceptible, being outside. It’s not new to have an illness or virus, and nobody has an immune system set up for this one, and it’s particularly hard on people who already have underlying health conditions.”

Compounding these health and housing challenges are other factors such as access to food and health care.

Clark is particularly concerned about the residents of the tent city at Oppenheimer Park. There are over 100 people living there, the majority Indigenous, he says.

The federal government has announced $305 million in COVID-19 aid fo Indigenous communities. But Clark says that won’t help the 56 per cent of Canada’s Indigenous population who live in cities.

At Union Gospel Mission, the dining hall is no longer open, but they’re still committed to serving food to go. Traffic is up 60 per cent, said Hunka, a sign of the need.

The mission has also been trying to create more social distancing in its shelter, with more space between people within rooms and beds placed on different floors.

“We’ve got the essentials going to keep people alive, to help them get through this time,” he said.

Advocates are pleased with the task force’s creation, but they’re pleading for more urgency. Clark has helped launch a petition asking the Canadian government for a robust COVID-19 homeless strategy.

At the Union Gospel Mission, no one at the shelter has shown signs of COVID-19 yet. Hunka hasn’t heard of a case in the Downtown Eastside.

But if there — or when — a case is identified, it’s uncertain what to do.

“We’re facing with the agonizing reality that somebody in our shelter might present signs of COVID-19 and put other people at risk,” said Hunka. “There’s no options of where to redirect them.”

Canadians who are able to afford shelter and sanitation are realizing their importance in this crisis — “things that those most susceptible in an outbreak don’t even have,” Hunka said. 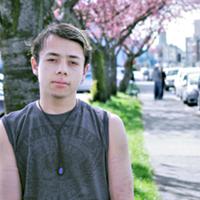 People in Group Homes: What Is Government Doing to Keep Them Safe?

“This really shows how allowing this homeless crisis to develop and persist has set up our public for even more health challenges.”

As advocates like Grant and York at the Carnegie Community Action Project wait for more resources to trickle down to the neighbourhood, they’ve been acting on their own. They visited Oppenheimer Park this week to offer homemade sanitizer, but the supplies to make it are getting harder to find.

“There’s large aid packages being announced all the time, focused on small businesses, EI and rent… but those are not the things that impact a lot of people in the Downtown Eastside,” said York.

She’s spoken with the city’s task force, which is planning to provide more information to residents and seek donations of needed supplies.

On the streets, Grant says, “it’s business as usual.”

— With files from Jesse Winter.