Days after a Canadian border guard denied Danish journalist Kristian Lindhardt entry into Vancouver to cover the fight over the Trans Mountain pipeline, journalism associations here and abroad have “condemned” the deportation as an attack on press freedoms.

“Journalism is of vital importance particularly in times of crisis. Using COVID as an excuse to block a journalist is simply unacceptable,” said Martin O’Hanlon, president of the Canadian media union CWA Canada, in a statement put out on Tuesday by several organizations.

“It is especially troubling because COVID is now being used by many regimes as yet another way to crack down on press freedom, and Canada should be setting a positive example for the world. We urge the Canada Border Services Agency to reverse this decision,” said the statement.

That was echoed in Europe, where the Brussels-based International Federation of Journalists urged the Canadian government “to clarify the situation and guarantee freedom of information and access rights for foreign journalists.”

“The COVID-19 pandemic must not be used as an excuse to impede certain media coverages and hamper press freedom,” the organization’s general secretary Anthony Bellanger said in the statement. “The Canadian authorities haven't provided a valid explanation to deport Mr. Lindhardt.”

The Tyee spoke with Lindhart on Saturday morning just hours before Canadian border guards ordered him on a plane to Denmark. Lindhardt had flown to Vancouver to complete a documentary he was filming on Indigenous opposition to the Trans Mountain pipeline, as well as file stories for the public Danish Broadcast Corp., which he compared to CBC.

Lindhardt had press credentials and planned to quarantine for 14 days in Vancouver. But after his arrival he was questioned by a border guard for hours.

“The officer just kept saying that my work is not essential,” he told The Tyee. “He said Canada has reporters already, so they didn’t need me. And I tried telling them that I’m only here because Canadian media isn’t covering this story properly.”

After The Tyee’s story ran, outlets including CBC and CTV ran their own coverage.

The head of the Canadian Association of Journalists, Brent Jolly, called the incident “sobering” in a Tuesday interview.

“Here we are as a country cracking down on press freedoms during the pandemic,” he said. “You see reports of that happening in other places — Hong Kong and Africa and Southeast Asia, but you never really think that’s going to be something that happens here.”

Some Canadian reporters are skeptical the story merited attention however. “Again with this nonsense?” Max Fawcett, a freelance journalist and former editor of Alberta Oil magazine, wrote on Twitter in reaction to CTV’s coverage of Lindhardt. “The story here is clear: man doesn’t understand Canada’s rules, pays expected price for his ignorance.”

“I’d probably push back on that a little bit,” Jolly said.

Because there is no explicit federal guidance around foreign journalists coming to Canada during the pandemic, Jolly said, that leaves entry decisions up to the “ad hoc and arbitrary” discretion of individual border guards.

Lindhardt “did do everything he was required to in terms of getting press passes, and he had a plan to quarantine,” Jolly said. “I think he has a fairly decent case for being here to contribute to the public interest.” 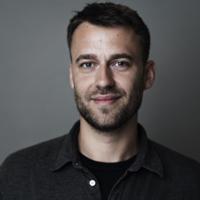 A Danish Journalist Arrived to Cover the TMX Pipeline. The Guard at YVR Decided to Deport Him

The Canada Border Services Agency decided to “respectfully decline” The Tyee’s media request. It instead sent a general statement saying it “does not provide comment or information related to specific cases or interactions with specific travellers.” The statement added that foreign reporters may be granted entry into the country “provided there is a requirement for the journalist to be physically in Canada.”

The exact reasons why Lindhardt was denied entry remain unclear. “The opaque reasoning... is what really troubles me,” Jolly said. “Not explaining why they’re just turning people around.”

Several other major journalism associations agree. The head of the Danish journalists’ union called Lindhardt’s deportation a “repression of relevant and critical journalism,” while the president of Unifor National, which represents nearly 12,000 media sector workers in Canada, called journalism “an essential service.”

Jerry Dias from Unifor added: “Canadian border officials must not impede the movement of any journalist operating safely, within the public health directives.”