Racialized and low-income people have borne the financial brunt of the pandemic in B.C., where new data says more of them have lost work and are having greater trouble meeting their health and social needs.

Around one in ten adults in B.C. responded to a provincial survey on unintended consequences of the pandemic, and the results shed more light on more disproportionate impacts the crisis has had on racialized and low-income communities and its toll on their mental health.

Provincial health officer Dr. Bonnie Henry said Thursday the results are “not a surprise to us, but it is something we need to pay attention to.”

“We have seen around the world that this virus and the measures taken against it do expose some of the inequities in our communities, and we’re no different.”

Latin American, West Asian and Black respondents were also at least 50 per cent more likely than white respondents to report they were not working as a result of COVID-19.

White respondents were also less likely to have avoided health treatment and had less food insecurity than racialized individuals.

And differences in economic and health experiences are even starker between income brackets in B.C.

More than half of people with an annual income of $20,000 or less said it became more difficult to make ends meet, twice as many as households making more than $140,000.

While the survey doesn’t report on who has tested positive for COVID-19 — that data is not yet collected in B.C. despite government promises to start — it paints a picture of decreased access to health care and other social support among racialized and low-income families.

Around one-third of East and South Asian and multi-ethnic respondents had more difficulty accessing health care, compared to 23.6 per cent of white respondents. White respondents also reported less impact on their physical recreation, and fewer concerns about their own health and screen time for children in their households.

Respondents in the lowest income bracket were also more likely to have at least one chronic health condition and fear for their personal health but were less likely to be able to stay home from work if they were sick or access health care.

However, white respondents were more likely to report increased alcohol consumption, which is “concerning,” said Henry. 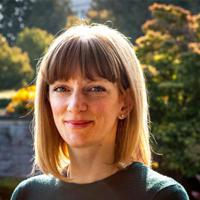 More than three-quarters of families with school-aged children reported their children’s learning was impaired and connection with friends decreased, with these effects particularly pronounced among Chinese, Japanese and Korean families.

Increased child stress was also reported by 59 per cent of all families and 64.4 per cent of low-income households.

Henry noted understanding these disparities will be essential to guide the province’s recovery and response plan, and that they also indicate some hope as communities rebuild.

For example, Latin American, Southeast Asian and Black respondents were more likely to report increased connection to family during the pandemic.

“We see some positive things that are different by racial and ethnic backgrounds,” said Henry. “And [that] helps in terms of resiliency when these measures are happening.”