The Alberta government wages its clumsy propaganda campaign on behalf of the oil and gas industry from a $30-million “war room” called the Canadian Energy Centre that blocks public scrutiny. Premier Jason Kenney’s UCP government made sure of its secrecy by exempting its inner workings from access to information laws.

But The Tyee has obtained internal documents from previous such efforts by the Kenney government — the “BC for TMX” and “Yes to TMX” campaigns conducted in 2019. Combined, they spent $2.75 million in taxpayer funds to place less than a week’s worth of ads. Email exchanges shed light on tactics, costs and rule-bending inside the twin efforts to sway public opinion.

The emails obtained by The Tyee via a freedom of information request reveal Alberta government employees:

The emails also reveal the team trying to figure out exactly which Instagram rules they violated, causing their site to be taken down by the social media platform.

And at one point, an urgent order was issued to delete all BC For TMX social media accounts and other campaign evidence.

The emails are exchanges within the Communications and Public Engagement department in charge of the campaigns. Near the start of the campaigns on June 3, 2019, CPE staff in Alberta wondered why only people over 25 years old were being targeted in B.C.

In response, an email from a campaign team member, name redacted, replied it was because “we spent about $700 a person to convert 18-24s.” The age group simply “don’t care or are actively opposed” the sender explained. 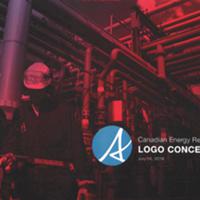 A New Twist in the Alberta ‘War Room’ Logo Fiasco

The 2019 joint TMX campaign has been criticized for spending millions of dollars for online efforts that drew a large proportion of negative responses and few followers.

‘As long as it’s not visible, should be ok’

In the same email exchange, the CPE team discussed how to make sure people on social media are kept from knowing why they were chosen to be targeted with the pro-pipeline ads.

The technique turns on whether to target groups by methods of inclusion or exclusion. To give a hypothetical example, in designing who receives their ads on Twitter, a campaign can name an explicit group for inclusion, such as residents of Burnaby between the ages of 40 and 50. In that case, recipients on Twitter can click “why am I seeing this ad” and learn they are part of that specific group.

But if an advertiser wants to be less transparent in reaching the same target, it could instead include a broad group — all residents in Burnaby — and then whittle it down by exclusion, in this case eliminating all people under the age of 40 and over the age of 50. This method, which hides some criteria from a recipient, appears to be the method preferred by the CPE campaigners.

A sender whose name is redacted assured that this practice of exclusion is not visible to those targeted on Twitter.

“As long as it’s not visible, should be ok” responded Catherine Lee-Hannley, assistant director of marketing for CPE.

What target criteria the team sought to hide from recipients on Twitter is not clear in the email exchanges due to redactions. However, in the same exchange, campaign members discussed a “graduate school exclusion” in B.C. — preventing those with known graduate level education from seeing the ads.

The team discussed how to similarly manipulate advertising targeting on Facebook. “In the past we don’t target on FB by interest due to the transparency” the redacted sender stated in another email.

Facebook has implemented a measure to ensure all current ads run by an advertiser can be viewed by anyone. Users also can see what caused them to be targeted by an ad. Users can know, for example, if the advertiser has acquired and uploaded to Facebook a custom list of emails that includes the user. But using the exclusion approach can mask such information on the platform.

“You’re right, we haven’t in the past except by exclusion (not visible),” said the redacted team member about the campaign’s practices on Facebook.

On June 10, emails with the subject line “Instagram deletion?” wondered why the campaign Instagram accounts seemed to have disappeared, guessing it was tied to “reports” complaining the way the campaign was using the platform broke rules.

BCforTMX “appears to have been disabled by Instagram due to reports and they found those reports were fair,” said a redacted campaign team member.

Do we know why, asked Lee-Hannley?

“I would guess impersonation/misrepresentation would have been the strongest case,” replied the redacted member.

“That’s definitely due to getting reported,” the sender said later.

Instagram’s policies enable platform users to report an account for “impersonation.” It’s not clear from the exchange what sort of impersonation or misrepresentation the Alberta campaigns had been accused of or by whom.

‘Shift’ to preaching to supporters

In a June 7 email with the subject “URGENT: BC Social targeting,” Lee-Hannley instructed the campaign team to “shift the targeting to the supporters.” At that point, the BC For TMX campaign had received considerable backlash in message responses on its social media accounts.

A June 10 CPE staffer email was sent to the campaign team with only the word “Umm?” It was accompanied by a redacted image. The ensuing email conversation discusses campaign ads displaying to users of the app Grindr. The dating app is for gay, bi, trans and queer people, according to Grindr.

“Grindr specifically should be on blacklist for all GoA ads,” Lee-Hannley responded in a message to team members with the subject line: “URGENT: TMX ad placement.”

The government-wide ban should also apply to “hook-up apps/sites” she added.

The emails contain “message map” directives about what the campaigns are meant to convey and achieve. The overall goal was to apply pressure in advance of June 18, 2019, when the Trudeau government was expected to make its final decision about whether to approve the project.

The emails record a flurry of planning to get the message out, including prominent placement on news websites and print newspapers’ front pages — so-called “takeovers.” The strategy also included radio ads, billboards on buses and airports, and projecting advertisements onto truck sides and buildings in 15 locations in Ottawa with messages based on the government’s YouTube ads, such as “Tell the Prime Minister and federal cabinet to say YES to TMX.” If projector operators “get told to move,” they would relocate to approved back-up sites.

The key message, according to the government message maps, was to say to Ottawa that dollars for a variety of government programs, especially health care, would suffer if TMX were not approved.

Giving BC the gas

In B.C. the message was different, focusing exclusively on the threat that killing the pipeline would mean higher gas prices.

In B.C.’s Lower Mainland, advertisements were placed throughout community newspapers warning the cost of commuting was already “climbing” due to rising gas prices and inferring that this was linked to the need for TMX.

But that strategy was criticized for being poorly timed. As the ads ran, the region experienced sharp declines in gas prices unrelated to pipeline capacity.

For reasons kept secret by redactions in the released emails, the government appears to have been concerned with ensuring evidence of how the campaigns were created and administered was not left online.

After receiving a June 12 email, its contents later redacted, Alberta communication specialist Thomas Adams asked the team to ensure that “there are absolutely no traces whatsoever of the KCW videos on any of our accounts.” KCW refers to the $30-million “Keep Canada Working” campaign performed by CPE when the NDP government led by then-premier Rachel Notley ran the province.

“Could we confirm with the social team please? We need to be certain,” said Lee-Hannley.

“Don’t forget the green party of canada’s copy of the KCW videos,” the staffer added.

The deletions apparently extended beyond content from past campaigns. Orders were issued, as well, to expunge related social media, which would have left all of the government’s postings, number of followers and advertising up and available for later scrutiny.

“Unpublish and delete ASAP the BC For TMX social accounts,” said Adams in a July 12 email.

Frustrated by Pipeline Myths Albertans Tell Themselves? Here Are the Facts

Currently, no traces of the campaigns can be found in Government of Alberta websites.

The Alberta government’s explanations for redacting many images and emails in the information released to The Tyee — such as early drafts of messaging intended for B.C., or the reason it chose to delete social media accounts “ASAP” — were that the emails could harm the competitiveness of a third party, damage a person or organization financially, or prevent a third party from sharing materials in the future (in this case a design or ad agency from sharing materials with its client that commissioned them).

The Tyee disputes those grounds for lack of transparency in the public interest and will be appealing to the province’s information and privacy commissioner.

The Tyee made its initial request for this information 11 months ago, on Aug. 15, 2019. Actions by the Alberta government that delayed the release included wrangling over whether The Tyee must pay for processing, time spent consulting with an unnamed third party, a delay attributed to COVID-19 issues, and then an opportunity for the third party to appeal the decision to disclose documents.