Dr. Vanessa Brcic didn’t realize how much her two-year-old daughter was affected by the pandemic. Until they ventured outside together last month and her daughter treated every stranger as a threat. “She still is afraid when people walk towards her on the sidewalk. She sees people coming and she kind of runs to the side.

"We’re really trying to teach her to not do that behaviour anymore, but it’s so ingrained in her. I became really surprised about how impactful that learning was for her,” said Brcic, a family physician, somatic therapist and co-founder of the non-profit Basics for Health Society.

Brcic knows her daughter is not the only child feeling this way. She’s heard stories about small children becoming more clingy and older children talking about stress as schools, services and businesses reopen.

For children, the pandemic brought dramatic — and often frightening — change. Playing with friends or visiting grandparents were suddenly dangerous. Familiar playground equipment was wrapped in yellow crime scene tape. And everyone was talking about “bad germs” and the looming threat.

For some children things were much worse as they witnessed or experienced domestic violence, addiction, poverty, homelessness or food insecurity while in isolation with their families.

The impacts of stress on child development are not often seen until adulthood, but they can be severe, Brcic said. Research shows prolonged childhood stress leads to increased physical and mental health problems like depression, alcoholism and heart disease.

Yet Brcic wasn’t hearing any public discussion about the negative impacts of pandemic-related stress on kids. So she decided to start the conversation. 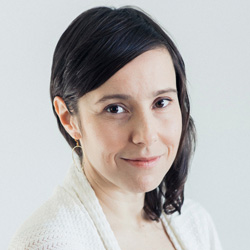 Dr. Vanessa Brcic is concerned about the mental health and stress impacts of COVID-19 on kids.

In collaboration with First Call: BC Child and Youth Advocacy Coalition and University of British Columbia researchers in child epigenetics and pediatrics, the Basics for Health Society crafted an open letter calling on Premier John Horgan and eight cabinet ministers to create a BC Children’s Safety and Wellness Task Force. It would be charged with supporting “an evidence-based, equity-oriented strategy for children’s wellness in the pandemic recovery.”

The letter was signed by over 200 people and organizations, including 100 pediatricians.

The society’s letter says the task force should work with government and non-government representatives “to build resilience and support a healthy recovery for children from the COVID-19 pandemic.”

The society highlights the threat to children, citing a Spanish study that found 90 per cent of parents surveyed “described emotional and behavioural changes in their kids, including difficulty concentrating, irritability and anxiety.”

“The return to school brought on the letter, because I was seeing how stressed teachers were,” said Brcic. The task force should solicit questions and feedback from parents, educators and others working with children, she added.

Children should be in environments where they feel safe, she said. “Not, ‘I’m at risk of making you sick,’ or ‘this adult is hesitating and doesn’t feel quite safe being around me.’ Those kinds of implicit messages can be stressful and harmful for kids.”

The pandemic has been hard on adults. Roughly 400,000 B.C. jobs were lost this spring, with the brunt of the burden placed on people making less than $22 an hour. Calls to domestic abuse hotlines in the province have increased, while food security has decreased.

We know less about the impact on kids. We do know the provincial state of emergency declared on March 17 coincided with an increase in investigations of critical injuries and deaths among children and youth, according to the office for the representative for children and youth.

Calls to Kids Help Phone, a national support hotline for children and youth experiencing abuse or exploitation, have also increased. Education Minister Rob Fleming has said that stress has likely increased child abuse, and school closures have increased the risk it will go undetected.

But that resilience is a lot easier to maintain when you have a roof over your head, food in the fridge and money in the bank — what Adrienne Montani likes to call “buffers.”

“We really need a focus on children, particularly the children who don’t have the buffers that a lot of middle- or upper-class children will have during a pandemic like this,” said Montani, provincial co-ordinator of First Call.

They include marginalized kids, like those leaving foster care without any support, and children with complex needs who require in-home support to stay with their families.

The Ministry of Children and Family Development did make temporary pandemic changes to programs supporting these kids. These include extending support for youth who age out of the child welfare system; continuing support for youth from care enrolled in a study, detox or life skills programs; and providing families of kids with complex needs an additional $225 per month.

These supports are great, says Montani, but they need to be permanent and bigger. For example, she said, youth aging out of care should be supported even if they aren’t enrolled in some kind of program.

The current approach creates barriers that block the people who might most need support, she said, those “least able to perform or jump through hoops.”

Even before the pandemic, youth who had been in government care had high rates of homelessness, involvement with the justice system, early parenthood and physical and mental health issues. Two-thirds of the kids and youth in care in B.C. today identify as Indigenous. 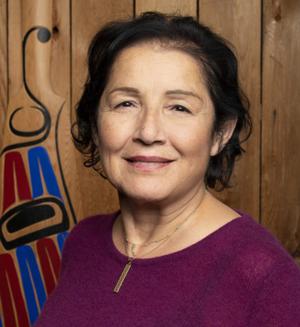 Karen Isaac says the children and families she works with at BC’s Aboriginal Child Care Society are under a lot of pressure.

Karen Isaac, executive director of the BC Aboriginal Child Care Society, also signed the letter. She wants to see families of children with complex needs provided with more financial support than an extra $225 per month.

“These children and families are under a lot of pressure: lower access to childcare; having to do therapies in a different way; and the stress of going to work,” said Isaac.

While many First Nations communities locked down, many programs and services still continued to operate, either online or with a new focus on ensuring families had enough to eat and the technology required to connect virtually.

“There’s a lot of innovation and adaptation going on,” said Isaac, adding not every First Nations family is dealing with the same struggles. “And what I’ve noticed is at first everybody was so enthusiastic, ‘Let’s do this!’ I’m seeing, though, a lot of fatigue, a lot of concern setting in."

Connections with community, culture and extended families have also been disrupted by the pandemic, says Isaac, as ceremonies held to mark deaths, births, weddings and other celebrations have been put on hold to prevent COVID-19 transmission.

“Kids are not seeing their extended families, in a lot of cases,” she said. “We’re doing our best to support families in this time. And we have to do a lot more.”

“A dialogue and discussion about what will be the impacts of all of this on children,” she said. “I think that’s an important conversation to have in any community.”

Premier John Horgan’s office responded to the letter, advising the authors that the Health Ministry would be in touch to discuss the task force idea.

The Tyee reached out to Horgan’s office, but was directed to the B.C. Ministry of Children and Family Development.

It responded with an email highlighting changes made to supports for youth since 2019. These include broadening and increasing financial support for some youth from care, increasing funding to caregivers of kids with complex needs and reopening schools and daycares to limited numbers of kids. 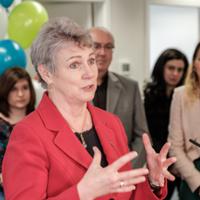 Foster Parenting in the Pandemic Is Full of Worry

“We know that this is not business-as-normal, and that we need to have an ‘all-of-government’ response to COVID-19 to ensure that nobody slips through the cracks,” the statement, attributed to Minister Katrine Conroy, said. “We will also be monitoring our programs to better understand where they’re successful and where more supports may be needed.”

“I look forward to working with advocates like those at First Call and Basics for Health, as well as other organizations across the province, as we work together to respond to this pandemic.”

Brcic says the letter isn’t about criticizing the province. It’s about working together, with people from a variety of backgrounds and areas of expertise, to meet the needs of everyone at risk of falling through the cracks. As soon as possible.

“The message in our letter is that nobody has all the answers,” she said. “We have to come together in a conversation in terms of making really smart policy to benefit the people in need.”