Returning for her first day at school after more than two months of pandemic pause, Grade 5 student Sofia Harper Coombs was excited to see her friends. Though she was returning to the same building in Vancouver, little else was the same. Only classmates who had volunteered were returning to school, and even they had been split into small pods. “There was hardly anyone there,” she says.

Upon arrival at L’Ecole Bilingue Elementary School, her pod of nine was led to the gym; their hands were sprayed with sanitizer, then washed again in their classroom. To break up the students even more, the school staggered recess times. Free time options included chess while wearing gloves.

“I gave her a full debrief when she got home,” says Daniel Coombs, Sofia’s father. But his interest went beyond that of a concerned dad. As a mathematical biologist at the University of British Columbia, Coombs is collaborating closely with the British Columbia Centre for Disease Control, creating epidemiological models of SARS-CoV-2’s spread. The team is analyzing how the COVID-19 pandemic will change under different scenarios, including school reopening.

B.C. children, like many around the world, are going back to school with new safety measures emphasizing hygiene and physical distancing. But unlike in Germany, Luxembourg, Norway, and, closer to home, Toronto and Montreal, B.C. is not planning to use surveillance testing to keep an eye on virus transmission as children return to school. “We don’t have any research planned at this time,” says provincial health officer Dr. Bonnie Henry.

Schools in B.C. largely went online in March as a precautionary measure to reduce the spread of COVID-19. The decision, says Coombs, was based on what scientists know about the key role children play in spreading seasonal flu. But over the past few months COVID-19 has proved to be quite different from the flu.

From Jan. 1 to May 29, children under 10 represented about one per cent of COVID-19 cases in the province, with youth 10 to 19 making up just two per cent. During that period, only three people under 20 required hospitalization, none required intensive care, and no one in B.C. under 40 died of the disease. This is a huge contrast with the flu, which primarily threatens the very young and the very old, with school-aged children being crucial spreaders.

Still, there is something missing from those figures. Children are only tested for COVID-19 if they have symptoms or are connected to a positive case. Yet they, like adults, can be covert carriers of the novel coronavirus. In children, however, COVID-19 is even more mysterious: the disease behaves differently in their bodies. Researchers aren’t exactly sure why — perhaps kids have more cross-immunity from another coronavirus, the common cold, or their lower numbers of ACE2 receptors offer the virus fewer opportunities to infect cells. Whatever the reason, kids don’t tend to get sick. If they do, their symptoms are typically very mild. What’s poorly understood is the extent to which children can be vectors for spreading the virus — infecting more susceptible adults at school, home, or in the community.

David Patrick, the director of research at the BCCDC, while acknowledging that the susceptibility of children is the “question of the day,” says that it is unlikely that the return of students to school will cause a surge of cases in the wider population. According to Patrick, modelling research conducted by the BCCDC and UBC shows that even if children are as susceptible as adults to catching the virus, reopening schools will have minimal effect on the spread of the virus.

That jibes with work conducted in the United Kingdom. There, a team including infectious disease epidemiologist Nicholas Davies at the London School of Hygiene and Tropical Medicine recently published models examining the effect of non-pharmaceutical interventions, including school closures, on the disease’s spread. They found that school closures are not a major factor mitigating COVID-19 transmission, even compared with other measures like having adults work from home. In an early estimate, Davies and his colleagues have also found that childhood susceptibility is about half that of adults. These new numbers, which include data from Toronto, contribute to a hot research area that is beginning to clarify age-dependent transmission of the virus.

In B.C., Henry does not downplay the reality that COVID-19 is likely to be seen in schools. She says the public health department will be monitoring the situation carefully. If they do detect a case, they will begin contact tracing and case management — using the same playbook they use for any other communicable disease detected in schools such as measles or meningitis.

Dimitri Christakis, an epidemiologist with the Seattle Children’s Research Institute in Washington, agrees that “it’s not a matter of if there will be an outbreak in schools, it’s a matter of when.”

But Davies says that contact tracing, the standard method of tracking the disease’s spread, won’t work well with high levels of asymptomatic infection. Like B.C., the United Kingdom has no concrete plans for systematically testing children who are returning to school. “By the time you detect a substantial cluster, it’s probably a bit too late just to look at the contacts of those infected kids,” Davies says. Without surveillance testing, he suggests, periodic localized school closures may be a reality of living with COVID-19.

Janet Englund, a pediatric infectious disease specialist at Seattle Children’s Hospital, echoes the importance of testing as schools reopen: “I think we have to have good surveillance mechanisms in place.” Even then, she notes that testing only once will be insufficient, with long-term surveillance providing the best handle on what’s going on. At the moment, COVID-19 numbers in B.C. are low and infection is patchy. If surveillance testing were initiated, Coombs says many schools would likely have zero cases. 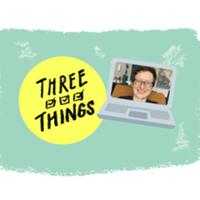 Class Is In: Katie Hyslop Educates Us on Post-Pandemic Learning

But testing can and should be done in low transmission settings, says Kate Zinszer, a computational epidemiologist at the Université de Montréal in Quebec. She thinks that, given the novelty of SARS-CoV-2, it’s important to understand its prevalence in children across health regions even when the number of cases appears low. The number of children infected could be higher, lower, or the same as predicted, but “this needs to be measured to be able to say anything about it,” she says.

For now, epidemiological models can and do incorporate uncertainty around childhood susceptibility. But more accurate models can be created with better data.

The bottom line is that scientists have no idea how many children carry the virus without showing symptoms, and they don’t know definitively how likely it is that they’ll be infected if exposed. This makes modelling transmission across the wider population difficult.

That we don’t yet know the role children play in spreading the disease is unfortunate, says Christakis. It’s something he thinks could have already been answered with well-designed surveillance studies, or could still be achieved if testing was planned in association with summer camps. In British Columbia, all overnight camps for children are cancelled this summer, though some day camps are going ahead.

Another issue that’s not being talked about, Christakis says, are the risks associated with not opening schools. For some children, school is the only place they have access to healthy food. And there is a societal cost to slowed educational development. “A child who doesn’t read at grade level is four times less likely to graduate high school than a child who does,” he says, with effects exacerbated for children from low income families. Because distance learning is difficult for young children, he anticipates a profound dip in graduation rates 15 years down the road.

Parents unwilling to homeschool indefinitely will have to get comfortable with managing the risk of COVID-19 at school and in extracurricular activities. What will happen in September remains uncertain, but it is likely to be a hybrid of in-person and distance learning. Taking a wait-and-see approach, the deciding factor, explains Henry, will be what happens with infection rates during province-wide phased reopening.

With children’s susceptibility and asymptomatic transmission still largely a scientific mystery, back to school is a scientific learning opportunity British Columbia is missing out on.