Dr. Amir Attaran is no fan of how Canada has handled the threat of COVID-19. “Dismal,” is a word he uses. Another is “shocking.” The doctor of law and epidemiology at the University of Ottawa says, “I never thought I would be in a country that did as poorly as it’s just done. It has to do with the way our governments have responded.”

In this latest instalment of the Salt Spring Forum series of video interviews with experts on various aspects of the pandemic, Attaran speaks with elementary school teacher Katharine Byers.

Attaran criticizes Prime Minister Justin Trudeau for failing to develop a competent federally administered response towards the pandemic that would include a national reporting and testing standard. That could have lowered the current tally in Canada nearing 8,100 deaths from COVID-19.

Attaran cites as a better example Australia, which has seen a total of 102 deaths. That country had a national plan to deal with COVID-19 in February, which the states and the federal government collaboratively implemented in March.

Now in Canada, in the middle of June, “there still is no federal national plan for COVID,” says Attaran. Instead, every province has been left to formulate its own response and standards for testing and data collection.

On the other hand, B.C. has fared well in comparison to its eastern counterparts. The province has seen a little over 2,700 confirmed cases with 168 deaths as of June 15. Attaran credits the province’s approach placing science above politics.

“Doug Ford often gives presentation on COVID in Ontario. François Legault in Quebec. Federally, [it is] Justin Trudeau [who] comes out from behind the closed doors of his cottage, walks to the podium and speaks,” said Attaran. “I think this is foolish.”

Except for those well-versed in the medical and scientific language, like the German Chancellor Angela Merkel, politicians should leave life and death measures to the experts, says Attaran. “We have unskilled, unqualified people applying the wrong frame of reference, a political one to what is fundamentally a scientific problem.”

The process of solving scientific problems rests on solid data that can be easily and clearly interpreted. But “this country is the master of garbage in, garbage out for epidemiological data,” says Attaran. The Public Health Agency of Canada possesses under 50 per cent of the data on cases of COVID-19 in Canada. Reporting from the provinces is hampered by the reliance on using fax machines to communicate health data, leading to delays, says Attaran.

“The health field has maintained this fiction that only fax is secure,” said Attaran. But remaining beholden to that technology makes it difficult to do science and make policy in a timely fashion because “we're waiting for the fax machine to spit out another page and for someone to type it in. This is our single greatest failure at the operational level and public health right now.”

Attaran also criticizes Canada for failing to gather race-based data to see which communities are being disappointingly affected by the virus.

Such data amassed in the U.S. shows Black and other racialized communities have been disproportionately affected by the virus. “In Canada, we’re backwards about how we regard racism. And we do have an attitude of ‘see no evil, therefore it doesn’t exist,’ which is frankly, rubbish!” says Attaran, who grew up and went to university in California before moving to Canada.

“We do this quite habitually when as a society we do not collect data about race, and we have even manufactured in this completely perverse manner of thinking that to ask about race somehow reflects racism. We are sitting in the middle of an epidemic right now in Canada, that is certainly disproportionately hitting minority communities, but we choose not to see it.”

As a lawyer and a public health professional, Attaran also weighs in on the surge of opioid deaths within the month of May as B.C. celebrated its success with COVID-19. He believes that decriminalizing possession of personal quantities of drugs is the only solution. “This is much more of a public health problem than a legal problem.” An effective approach must address the underlying psychological and social determinants to addiction. The criminal justice system can’t and won’t do that.

Attaran warns that the virus is here to stay, and we need to begin imagining different futures. His advice for parents worried about the incoming school year, for example, is this: “Temporize, temporize, temporize. Don’t take the decision now about school in September if you can.” Instead, weigh your own comfort zone with personal risk and ethical considerations, and ask yourself, “At what point would you accept that the threat is so minimal, that it doesn't engage a difficult moral question.”

If a vaccine does become available, should it be made mandatory? “This is a disease where if one is not protected, one risks spreading it to others,” says Attaran. “We live in a society where we even have rules on having to mow your front lawn. It’s mandatory [in many places] to mow your front lawn so as not to be a blight for your neighbours. Why not this?”

Attaran invites Canadians to ponder why low-income African countries like Rwanda and Ethiopia have done far better so far. Rwanda has experienced almost 600 confirmed cases and only two deaths. Ethiopia has seen almost 3,600 cases with 61 deaths. 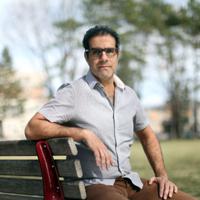 Deciding Who Gets Tested Differs across Canada, Causing ‘Chaos and Errors’

Attaran believes Canadians need to do a better job of admitting our failures and learning from our mistakes. Often, he observes, it has been pressure from the international community that helps catalyze reform inside our borders. He doubts, for example, that the Trudeau government would be implementing a carbon tax if there was no need to conform to international agreements.

Canada now needs to look at other nations doing a better job handling the pandemic, and shift from self-satisfaction to bolder action, he says. “Maybe then we will drag our maple-drenched knuckles across the floor to do what’s necessary.”