Disability advocates say the public needs to know how the government will ration care if the pandemic overwhelms hospitals and hard life-or-death decisions must be made.

Any triage protocol for a worst case scenario needs to be shared to ensure people with disabilities aren’t considered of less value, says a letter from more than 200 disability advocates and experts, including Disability Alliance BC.

The Ontario government’s draft version of its own emergency triage protocol has raised ethical concerns from advocates because it doesn’t include an “explicit commitment to make sure that people with disabilities are not negatively affected by the triage policy.”

Last week the alliance wrote Health Minister Adrian Dix and called on the province to release any existing protocol and ensure any protocols being developed protect the equal rights of people with disabilities.

“We believe that any triage protocol must respect the human rights of all persons, including people with disabilities,” said alliance lawyer Andrew Robb in the letter, shared with The Tyee Tuesday.

“Although we are in an emergency situation, the pandemic crisis cannot justify discrimination.”

The health ministry would not comment on any existing triage protocols.

Provincial health officer Dr. Bonnie Henry said Tuesday the province is in the process of updating its ventilator allocation protocol from 2012.

“The underpinning of all of these really challenging and difficult decisions is that all lives are created and seen as equal,” said Henry, noting the protocol would be released in the coming days. “That's where we're starting with all of our ethical frameworks, including for ventilator allocation.”

“But then there is some criteria that are objective criteria about people's ability to recover and other things that underpin how we would do that, should we be in that position.”

The controversial Ontario document outlines three stages depending on how long a hospital has been operating over capacity. Each stage sees patients with a lower chance of survival being removed from critical care to allow admission of those with a higher chance of recovery to be admitted.

But the criteria used to decide who should be moved could discriminate against people with disabilities.

The Ontario protocol includes factors like how much assistance an individual may need after treatment to accomplish daily tasks, Robb said, a great concern for people with disabilities.

“A lot of disabled people who have, let’s say, mobility difficulties, will need support and will need assistance, and will need accommodations depending on the nature of their disability,” he said in an interview. “If in deciding who gets care we consider whether you need accommodations and support from other people, then we are starting from a place that already excludes people with many forms of disability.”

Protocol criteria like those in Ontario’s are based on harmful stereotypes and assumptions that devalue the lives of people with disabilities, Robb says.

“And that is the thing that people with disabilities are most afraid of, that they're going to be labelled just because of their disabilities as somehow having a lesser quality of life.”

People with disabilities are already feeling victimized by the pandemic, he said. Many disabilities and chronic conditions can make some more susceptible to infection and increase the seriousness of the illness. Physical distancing measures may make it more difficult to access one-on-one care and personal assistance.

“They are feeling vulnerable as a result of some government policies which have exacerbated the effects of the pandemic crisis,” he said, pointing to Ontario’s triage policies.

Sally Kimpson, an advocate, disability researcher and adjunct professor in the University of Victoria School of Nursing, has also written to the province on this issue.

She said any protocol should include explicit language protecting the rights of people with disabilities from harmful assumptions when resources are limited and quick decisions must be made.

“I would say that the issue of the rights of disabled people, protected under the charter, must be clearly articulated and upheld in these kinds of documents, not obscured or left to medical teams who view disability through a medical lens,” said Kimpson, a disabled woman herself, in an email. 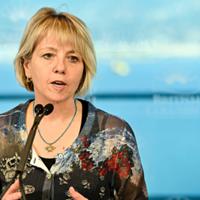 But those are meant to be general guidelines to advise health authorities, Robb said, and are not prescriptive in the way a protocol would be.

Although the province’s pandemic modelling indicates the need to ration care is unlikely, the disability alliance hopes its letter can ensure any protocol is rooted in equal rights for people of all abilities.

Unless the province makes any protocol public, no one would know how vulnerable people with disabilities were until it was too late, he added.

“We’re all hoping this will be a moot point,” said Robb. “But in the event that the government decides to implement a triage protocol... we’re not going to know about it until it’s already happening.”