The British Columbia government will make a $1,000 payment to workers who are affected by the COVID-19 crisis, raise various benefits and delay tax payments as part of a $5-billion package for individuals and businesses.

“COVID-19 touches all of our lives and it also touches our economy,” Premier John Horgan said today. “There has to be hope as we get through these difficult, challenging times... I firmly believe that working together all of us will get through this.”

The B.C. legislature is set to meet this afternoon with a dozen MLAs, instead of the usual 87, to pass changes to the Employment Standards Act that will protect workers who are self isolating or caring for a sick family member.

It will also pass a supply bill that allows the government to spend money before the full budget is passed.

Finance Minister Carole James said B.C.’s measures build on the federal government’s actions and fill in gaps that are particular to the province.

“I want to emphasize this plan is a starting point. It needs to evolve as the situation evolves.”

“This plan is a first step, but a critical step,” she added. “We know there’s more to do.”

The plan includes $1.7 billion to support critical services such as health care, housing, shelters and provide support for tenants and people on income and disability assistance.

It introduces a BC Emergency Benefit for Workers that will provide $1,000 to people eligible for federal Employment Insurance benefits, including the new Emergency Care Benefit or Emergency Support Benefit.

The measures include an increase to the B.C. Climate Action tax credit that will reach 86 per cent of families. A family of four will receive $564 instead of the previously planned $112.50 and an individual will see $218 instead of $43.50.

The government is considering expanding programs that help seniors and others with rent and Horgan said there will be more to say on help for tenants after cabinet meets on Wednesday.

Already the province has announced it has stopped evictions from BC Housing during the outbreak.

Horgan went farther today, saying no one would be evicted as a result of the pandemic.

There’s $50 million for the United Way to expand programs like Better At Home that provide services to help seniors with household tasks.

The province is also delaying tax payment and tax filing deadlines to Sept. 30, delaying the implementation to the extensions of the PST announced in February and postponing the planned April 1 increase in the carbon tax.

There is a freeze on student loan payments for six months and there are programs in place to allow people to defer ICBC and BC Hydro payments. 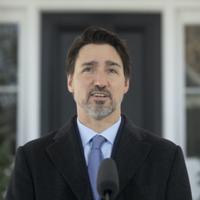 What Ottawa’s Pandemic Aid Package Means for You 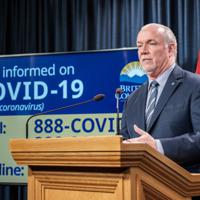 BC Working on Recovery Plan for COVID-19 Crisis

And there’s $1.5 billion to support the work of a recovery task force that will include representatives of business and labour.

Jurisdictions around the world have taken major steps to slow the spread of the virus and that has meant closing huge sectors of the economy.

On the weekend B.C. ordered personal service establishments such as nail salons, barbershops, beauty parlours, tattoo shops, massage parlours and health spas to close. Bars were already closed and restaurants restricted to take-out or delivery. Professional sports leagues are on hiatus, conferences are cancelled and theatres are closed. Borders, including the one between Canada and the United States, are closed to non-essential travel.

The federal aid includes an extended $450-per week sickness benefit through the Employment Insurance system for anyone who is ill, self-isolating, in quarantine, caring for someone who is sick or off work due to school closures.

Globally there have been 372,563 confirmed cases and 16,381 deaths as of Monday afternoon. The World Health Organization has declared the COVID-19 outbreak a global pandemic and has said it is accelerating.