An RCMP watchdog will not investigate a complaint filed by a civil rights group over police actions in Wet’suwet’en territories because a report covering similar issues has already sat with the force for the past year.

In a letter to the BC Civil Liberties Association dated Feb. 13, Michelaine Lahaie, chairperson for the Civilian Review and Complaints Commission, called the issues raised by the association “to be of significant public interest.”

But she added that she did not want to launch an investigation that might further delay the RCMP’s response to the commission’s report on a similar complaint. That report was submitted to the RCMP last March and the force has yet to respond.

Lahaie’s letter shares previously unreleased details from the interim report on that complaint, which included 37 findings and 12 recommendations related to RCMP policing of Indigenous-led anti-shale gas protests in Kent County, New Brunswick, in 2013.

Many of the issues raised are similar to complaints about the RCMP’s actions in the dispute with Wet’suwet’en hereditary chiefs and their supporters who oppose a 670-kilometre natural gas pipeline through the First Nation’s traditional territory.

The BCCLA complaint centred around an RCMP checkpoint set up in the area south of Smithers, B.C. The group says police arbitrarily denied people access to the area.

“What is incredibly disturbing about this letter from the chairperson is that, again, the RCMP has been aware of these very same issues since March 2019,” said BCCLA executive director Harsha Walia at a news conference today.

In early January hereditary chiefs closed access to a remote forestry road after the BC Supreme Court granted a permanent injunction barring anyone from interfering with Coastal GasLink’s access to pipeline construction sites.

On Jan. 13, the RCMP set up an exclusion zone and a checkpoint at kilometre 27 on the road, requiring everyone who entered the territory to provide identification and media to show proof of affiliation.

The RCMP enforced the injunction through a series of arrests at camps along the road between Feb. 6 and 10. In total, 28 people were arrested. While the road is now open, members of the Wet’suwet’en Nation say the RCMP presence continues.

The RCMP set up a detachment known as a Community-Industry Safety Office on the forestry road in January 2019 following the enforcement of an interim injunction at Gidimt’en camp, 44 kilometres down the road. At the time, Wet’suwet’en hereditary chiefs said the equivalent of 16 full-time officers were stationed at the detachment.

RCMP have been accused of over-policing the area while cases into murdered and missing Indigenous women and girls remain unsolved. Those opposed to the pipeline have also pointed to last year’s final report of the National Inquiry into Missing and Murdered Indigenous Women and Girls, which connects resource extraction projects to an increase in violence against women.

Coastal GasLink is building a work camp to house up to 400 people in the area. Transient workers housed in “man camps” are a major concern, according to the missing women’s report, as high-paying, high-stress jobs contribute to an increase in drug and alcohol abuse, sexual assaults and domestic violence.

At a news conference in Vancouver this morning, Delee Nikal, a Wet’suwet’en nation member from the Gidimt’en clan, named a half dozen close female friends and family members who have gone missing throughout her lifetime. She said it’s just one of the ways RCMP have let the Wet’suwet’en people down.

“There are no answers for the reasons they went missing. There are no perpetrators that have been found. Yet we can see militarized forces out on our territories, keeping us from our own land, from land that our ancestors took care of,” Nikal said.

Nikal was one of two complainants, along with Cody Merriman, named in a statement filed Jan. 14 by the BCCLA after Wet’suwet’en members were denied access to the territory by RCMP. Both Nikal and Merriman were delivering food and emergency supplies to camps cut off by the road closure.

“It was heartbreaking, because that’s where Cody lives,” Nikal said. “They live out there and they can’t go home. The yintah’s our home and we can’t go there and feel safe, because we know of the excessive force that could be used if we tried to.”

Merriman’s partner, Gidimt’en clan member Molly Wickham (Sleydo’), spoke at this morning’s news conference about being cut off from her home.

“I’ve been prevented from accessing my civic residence for a period of time, criminalized as Wet’suwet’en while non-Wet’suwet’en were allowed to access our territory freely,” she said.

“[Wet’suwet’en] were prevented from accessing our territory while our people had guns pointed at them, had sniper rifles pointed at them, and while non-Wet’suwet’en people and other residents of the area were allowed to freely go and access their homes, were freely allowed to access our territory to go ice fishing, to harvest firewood and to do whatever it was that they felt free to do on our land.”

While an RCMP-implemented exclusion zone has been lifted, Wickham said police have a continued presence on the territory and have been stopping Wet’suwet’en members and supporters, including a supporter who was collecting firewood for one of the camps Wednesday.

“Although the exclusion zone is down, although the checkpoint is down, the RCMP continue to monitor and heavily surveil our people coming into our camps, coming into our homes, shining lights into our faces, identifying and surveilling and recording information about every single person who comes and goes from our territory,” she said.

“The RCMP clearly have not yet vacated or officially engaged with our hereditary chiefs, with our government. Respectfully, our chiefs and our clans require full engagement on this issue immediately, and it’s suspicious to me that government and RCMP would publicly state that they’ve met our conditions without having spoken to our hereditary leadership,” she said.

Mary Ellen Turpel-Lafond, director of UBC’s Indian Residential School History and Dialogue Centre and a professor at the UBC Allard School of Law, said it is a matter of national interest that RCMP provide a timely response to complaints filed by the Civilian Review and Complaints Commission.

“It is not acceptable that the RCMP for more than a year not respond to a report of this magnitude,” she said. “If you wait seven or eight years for a response to a complaint and the commission finds that in fact your rights were violated, that it was an illegal search, that it was an excessive police act, is it a meaningful thing to find that out seven years later?

“In terms of the safety of First Nations people and their human rights throughout Canada, including in Wet’suwet’en territory, these are massively important issues and they need clarity.”

The complaint previously filed about the RCMP relates to an October 2013 incident where more than 40 people were arrested in Rexton, N.B., after those protesting shale gas exploration clashed with police. Members of the Elsipogtog First Nation had implemented a roadblock to protest seismic testing being conducted by SWN Resources.

The project would have extracted shale gas using hydraulic fracturing, or fracking, the same method that would be used in northeast B.C. to provide gas for the Coastal GasLink pipeline.

In her letter to the BCCLA, the commission’s Lahaie said she released details of the earlier complaint “as these are directly related to the issues you raise in your correspondence.”

A summary of the commission’s previous findings and recommendations deal with the use of arrest, use of detention and search powers, use of force and the adequacy of communication with members of the public.

“I also consider the issues raised in your correspondence to be of significant public interest,” the letter reads. “Reflecting the seriousness of these matters, the Commission has already conducted a comprehensive analysis of such issues, and other closely related issues, in its Kent County public interest investigation.”

In the Kent County report, the commission found that RCMP had no legal authority to conduct checkstops for “the purposes of information gathering,” nor did they have authority to require vehicle passengers to produce identification.

“The RCMP, we see, has continued to engage in the very similar patterns of unlawful police operations in Wet’suwet’en territory,” said Walia of the BCCLA. “The RCMP has granted itself unlawful, discretionary and unjustified powers to set up and expand an exclusion zone, to arrest people within the exclusion zone who are not actually in breach of the injunction, and they have unreasonably stopped and checked passengers and searched vehicles.

“There is absolutely no legal precedent nor any legal authority for such an overbroad policing power. Simply put, RCMP operations in Wet’suwet’en territories have been unlawful.”

In an emailed statement, RCMP spokesperson Catherine Fortin said the “volume and complexity” of material provided in the commission’s report on police actions in Kent County made it difficult to estimate a timeline for response, but the report had been prioritized. 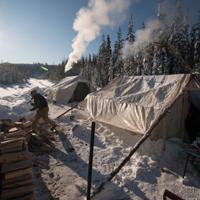 “The RCMP believes civilian review is essential for ensuring public trust and confidence, and we fully support the [commission’s] investigative role,” she said. “Our objective is to deal appropriately and effectively with all complaints that are received.”

Fortin said the RCMP acknowledges delays in responding to interim reports and that efforts are currently under way to address this imbalance.

The Civilian Review and Complaints Commission said it is awaiting a response from RCMP before making final recommendations on the Kent County complaint. It concludes its letter by suggesting the BCCLA’s submission be investigated by the RCMP and if the association is dissatisfied with the result, that the commission could then conduct an independent review.

“It is my hope that the RCMP will be able to use the extensive guidance provided by the Commission in the Kent County case in order to examine the issues you raise regarding the current situation, and expedite its investigation of these allegations,” the letter states.

Walia said the BCCLA is undecided about whether it will pursue an investigation through the RCMP.