After Indiana Jones did all that stuff with the idol-stealing — dodging darts, fleeing the giant rock and legitimately aggrieving locals — he returned to the classroom and rows of rapt students. He may have proved himself to be a “very bad” anthropologist, but he was no academic drudge.

Like Indy, Bruce Miller is a professor of anthropology. And like the movie character, the University of British Columbia prof is out there seeing action in the real world.

But Miller doesn’t steal idols from temples. In fact, he would probably be working with the people that Jones was ripping off.

And he’s leading his students into battles, too. These ones legal.

Miller has written eight books, mostly about Indigenous people and law, either their own law in the pre-contact era or their interactions with Canadian and American law.

“I’m not involved in criminal trials,” he says. “I do a lot of human rights tribunals, treaty cases, fishing cases, things like that.”

Some of those legal battles have led to important decisions. Like the Radek case.

Gladys Radek, an Indigenous woman originally from northern B.C., lived across the street from Vancouver’s International Village Mall (a.k.a. Tinseltown). She and other Indigenous people who attempted to walk through the mall would often be harassed by mall security guards.

When two guards removed her from the mall in May 2001, Radek said enough. She took her complaint to then NDP MLA Jenny Kwan, found a lawyer named Tim Timberg and took her case to the BC Human Rights Tribunal. Miller was hired as an expert to testify about the guards’ behaviour and training, which among other things focused on targeting people who displayed wounds or injuries (Radek is an amputee who wears a prosthetic leg).

“The guards were told to watch for suspicious people,” Miller says. “But as I told the tribunal, if you grow up in this province, you grow up with negative stereotypes of Indigenous people, and they are inherently more likely to seem suspicious than other people.”

The tribunal found in favour of Radek in 2005.

Since then, Miller has been involved in other human rights cases, including one brought against Vancouver’s Downtown Ambassadors — private security guards — accused of targeting Indigenous people, drug users and others. The Human Rights Tribunal ruled against the complaint, and the decision was appealed to the B.C. Supreme Court. Justice Neena Sharma cited Miller’s testimony in the Radek case in overturning the tribunal decision. (That ruling was later overturned on appeal.)

Miller was also involved in a headline-grabbing story that inspired anger, threats and confrontations 20 years ago, one that is set to create more controversy in 2020.

The Makah Tribe in Washington state recently revealed plans to hunt a grey whale next year, part of the whaling tradition they have practiced for over a thousand years. The right was secured by the 1855 Treaty of Neah Bay, by which the Makah ceded territory to the U.S. government in return for fishing and whaling rights.

The last hunt took place in 1999 and led to a heated showdown between the Makah and animal activists.

Prior to the hunt Miller participated in debates, including one that aired on Knowledge Network and another held in Los Angeles.

“I went down there with Tom Happynook, one of the hereditary whaling chiefs from the Nuu-chah-nulth,” Miller says. (The Nuu-chah-nulth have a whaling tradition but have no current intention of resuming whaling.)

The debate was held in the Autry Museum in L.A. and pitted the men against Paul Watson of the Sea Shepherd Society.

Miller uses strongly critical words to describe Watson’s performance, but doesn’t fault him for his love of whales. “I sympathize with that position,” he says.

He argues that anti-whaling activists were not looking at the issue from the viewpoint of Indigenous people. “The... relationship with whales goes back several thousand years,” Miller says.

“At one point they had to be Christians, at another point they had to go to school. Whatever the white majority decided, we made them do that. Now they want [First Nations] to be animal-rights activists,” Miller says.

“But you haven’t thought about the way they understand this relationship. The process of doing all this was part of their cultural identity. The people who went through spiritual training and cultural training were thought to bid the whales to come to them. You have to spend a moment thinking about their cosmology instead of just yours.”

The 68-year-old Miller was born in Philadelphia. He graduated from Brown University in 1973, got his PhD at Arizona State and taught high school in Tacoma before joining the UBC faculty 30 years ago.

Miller’s work with Indigenous communities in B.C. feeds back into the classroom.

“My pedagogy is to draw students in while this is going on,” he says. “I try to talk about what’s happening and what I’m doing, and what the communities are doing.”

“I’m involved out in the community pretty constantly. I work with the Coast Salish communities going back to the ’70s. I ran an ethnographic school with the Stó:lō for many years. I lived in a longhouse for eight summers — I was training a small group of graduate students along with the Stó:lō Nation. We all lived in the longhouse and worked with senior elders and other people. The community identified what issues they wanted researched.”

Miller teaches his students about the law, but not the way a legal scholar would.

“We talk about cross-cultural ideas of law, how it works for Indigenous people,” he says. “We’re not studying case law — we’re studying how people understand and interact with the legal system.” 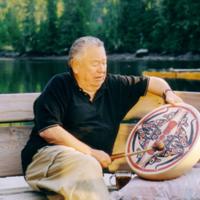 The Race to Find Scientific Secrets Encoded in Indigenous Songs

Miller’s students have carefully studied decisions of the BC Human Rights Tribunal — so carefully, Miller says, that they’ve become de facto watchdogs of the tribunal and its members.

Part of his role is to make sure his students gain confidence in their own knowledge. “When they look at 10 cases dealing with such-and-such, they’re the expert on that topic,” Miller says. Students are used to summarizing published sources, he notes.

“I’m telling them, ‘You’re the source. On that specific topic, you’re going to know more than anybody down at the tribunal. They don’t have time to do this research. You’re doing it. I want them to know that they can have their own knowledge and understanding independently. They don’t just have to synthesize five or six things someone else wrote.”

“Not every student likes to be responsible for actually having their own product,” he adds. “It’s demanding. I try to support them every step of the way.”

Things have changed over the decades Miller has been in classrooms.

“When I began teaching in 1974 the student culture was really different, and it’s changed continually, so what you do in class has to continually evolve. Their expectations and their behaviour changes.”

Social media, he believes, has had both positive and negative impacts on the new generation of students. 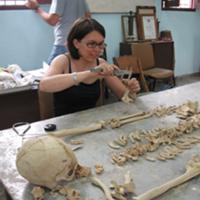 “They’re learning a lot independent of the university through social media. They educate each other on a whole range of issues. To some extent it has created a lot more sophistication and knowledge early in life. I don’t remember being so aware of stuff when I was 21.”

Among the downsides is the famously vicious culture of online comment. “We live in the era of what I call anonymous, gratuitous, violent commentary,” Miller says. “I had a really smart PhD student teaching a course — she was a really conscientious person and a good communicator. She left because she just couldn’t stand how it was going.”

Students’ online comments can be damaging, he adds.

“Students will write about somebody’s clothing or appearance, and for some of my younger colleagues it’s really hard on them,” Miller says. “The whole idea that if it’s a course that’s on topic with appropriate readings you got what you paid for, that kind of underlying unspoken agreement, I think, is gone.”

Unfortunately for Miller there have been other changes too — personal ones. His days of a sleeping in a longhouse, for example, ended after major back surgery.

In the words of Indiana Jones: “It’s not the years, it’s the mileage.”