Fifteen-year-old Mira Blakely spent the entire weekend at the BC NDP convention trying to get support for a Young New Democrats’ resolution to lower the voting age to 16. Blakely, an organizer with Vote 16 BC, a youth-led Dogwood Initiative campaign, was relentless in her advocacy.

She talked to a lot of people over the weekend, including Premier John Horgan.

“He wasn’t giving me any clear answers. He said he wanted to see if there was support for it,” Blakely told The Tyee. “I kept pushing him for an answer until... I didn’t really get one, but he had to go, so I understood.”

Going into the convention — her first — she was cautiously optimistic. But the second she got there and saw support for the proposal, and how everyone was working together, she was hopeful.

“We spent the entire two days just [thinking], ‘We’re not talking to politicians.’ Talking to everybody else, just talking to as many people as we could, just to get them to show their support,” she said.

Her work paid off. On Sunday afternoon, Blakely watched as people started lifting up supportive signs before the resolution was even raised.

In the end, delegates at the convention voted unanimously in favour of lowering the voting age from 18 to 16 in both provincial and civic elections.

“Our youth are often on the front lines of B.C.’s most pressing issues. That is why they deserve to have a say in their democracy,” said BC NDP vice-president Sussanne Skidmore in a statement. “The next step is to lower the voting age to 16 for civic and provincial elections, and we are proud to stand beside our youth in their leadership to expand the electorate.”

“This is a really exciting day for youth and for democracy,” said Jaeden Dela Torre, Young New Democrats co-chair. “This is about having a say in the decisions that impact us. With an upcoming election and the potential of enfranchising approximately 110,000 new voters, now is the time to show youth their voices matter.”

Blakely said she tracked down Horgan again after the resolution passed.

“He’s like, ‘Well, I don’t want to give any false hope.’ I’m like, ‘Yes, I don’t want to get false hope, but I also want you to give me a clear answer. Will you look into this?’” she says. “I wanted to hear an answer from him. And by the end, he did say that he was really going to look into it in the next two years and work with [Green Leader] Andrew Weaver.”

The most common argument against lowering the voting age is that teenagers aren’t mature enough or knowledgeable about politics, says 16-year-old Katia Bannister.

But how can they be expected to be interested and knowledgeable if they can’t participate, she asks.

“If you don’t think 16-year-olds have enough experience to cast a vote, how are they going to get that experience?” said Bannister, an organizer with Vote16 BC. She leads the Vote BC campaign in the Cowichan Valley, Vancouver Island, and also does social media for the group.

“How are they going to be able to prove themselves to you? Because it’s just a cycle when you say, ‘You’re not mature enough,’ but you don’t give an opportunity to show maturity.”

But despite interest in the idea, B.C. teenagers won’t likely be getting the opportunity to vote anytime soon. The provincial government currently has no plans to lower the voting age.

The Ministry of the Attorney General didn’t respond to specific questions about lowering the voting age. In an emailed statement, the government said its focus was on implementing recommendations from a May 2018 report from the Chief Electoral Officer.

That report recommended that people be allowed to register to vote at 16, but was silent on changing the voting age. “Elections BC does not take a position on whether or not the voting age should be lowered,” the report said. “As a matter of public policy, this decision rests with the Legislative Assembly.”

The B.C. government introduced Bill 43 at the end of October. It would allow people to register as voters at 16, but leaves the voting age at 18.

The BC Green Party has helped keep the issue on the provincial political agenda. Leader Weaver has introduced legislation to lower the voting age three times in the last three years.

“The private member’s bills, specifically related to lowering the voting age to 16, have been brought forward, and they have never been passed or brought for a second reading. They have all died on the order papers,” said Sonia Furstenau, deputy leader for the BC Greens and the MLA for Cowichan Valley.

Bannister said Vote 16 BC members are disappointed in the lack of commitment from the government.

“This is important for us, and we have been campaigning and working really hard for it,” she said. “We think that youth have a unique perspective and it needs to be represented, so we hope that in the future the current government will definitely consider lowering the voting age.”

Bannister has seen firsthand that young people are engaged and ready to vote. At a leadership training program run by Dogwood this summer, most of the organizers were 16 and some of the campaigners are as young as 12 and 13.

They do this work because it’s relevant to them, she said.

Issues like climate change will have the greatest impact on young people, she noted.

“Lowering the voting age to 16 lets me have a little bit more say in what the government does in regard to climate change mitigation and other social issues that I care about. That’s a big reason that most of us are part of the campaign.”

Furstenau said that teens have proven their commitment and knowledge in putting climate change on the political agenda.

“They’ve done [organizing] in a remarkable way, demonstrating that, in fact, youth not only deserve a say in the decisions that are being made but actually have a perspective that is really important for us to be considering,” she said.

Bannister and other advocates argue that engaging people in the democratic process when they’re young is the best way to ensure lifelong participation and improve voter turnout.

Furstenau said that’s critical for democracy. “Democracy is only as strong as the extent of participation in it.”

“When we have a democracy with low voter turnout, low voter engagement, people not paying attention to platforms and policies, the democracy is weakened because of that,” said Furstenau. “And I think that the engagement of youth in the decisions that are being made that are going to impact their lives the most and impact their lives for the longest is really important.”

The youth voting movement has seen wins over the last few years.

Both the federal NDP and Greens proposed lowering the voting age in their platforms, and the Union of B.C. Municipalities recently passed a resolution calling for the B.C. government to lower the voting age in local elections. All the major B.C. provincial parties have at least expressed interest in the idea. Bannister notes that members of Vote 16 BC come from all the parties.

Many advocates note that lowering the voting age is not an outlandish idea. Austria has done it. Scotland has too. And it has even been done in B.C. Twice! The voting age was lowered from 21 to 19 in 1952 and from 19 to 18 in 1992.

Vote 16 BC is discussing change with MLAs, and Bannister said they’re getting a good reception. Some MLAs are keen and some still considering the issue. They don’t see much pushback, she said.

“People are open to it, nobody’s shutting us down, but they might not necessarily be ready to talk about it or hear it,” said Bannister.

Bannister says that teens aren’t necessarily dispassionate about politics. They simply have few opportunities to participate. She recalls being invited to a meeting on air quality to provide a youth perspective — but it was scheduled during school hours.

“The only people that timing caters to are older retired people and it doesn’t cater to students or to people who have to work and so those voices are not represented there.”

University of British Columbia political science professor Max Cameron has been on several radio talk shows to speak about the voting age. Many callers criticize young people, he said, calling them irresponsible and uninformed.

Those arguments are generally incorrect, he said, but unfortunately young people themselves sometimes buy into that criticism.

“One of the things I find really striking about talking to youth, is how often youth themselves will say something similar. ‘I don’t vote, because I just don’t feel like I know enough.’ And I think that’s really kind of unfortunate, because I think if you’re, you know, a living, breathing mammal with the capacity to use language, you know enough to vote,” Cameron said.

And young people don’t have a monopoly on not being as informed as they should be. Bannister points out that many people she knows aren’t interested in politics or don’t know anything about the parties. And they aren’t just teenagers — a lot of them are older people.

Furstenau said that in her career as a high school teacher she saw students were interested and prepared to engage with the political process. Teachers can help ensure that students are informed, she added.

“If we want a really strong, engaged citizenship, citizenry, finding, encouraging young people to be engaged at a time when they can get the framework of school to be supporting that engagement in a democracy is an opportunity that we shouldn’t be squandering,” said Furstenau. 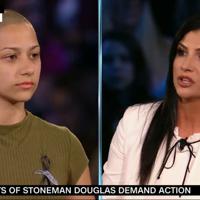 Vote at 16? Sure — With One String Attached

Cameron offers similar observations. We should be letting 16-year-olds vote “precisely because they are at school and it would be easy to organize civics courses around voting.”

Many schools already have mock elections, he said, a great way for teenagers to learn about government and democracy.

Very little of what happens in politics is difficult to understand, but many young people feel like they’re being asked to make decisions that are very complex, Cameron said. Helping people feel confident enough to vote and helping them translate the knowledge they have into concrete positions on political issues is something we need to focus on.

The Vote 16 BC teenagers find themselves in an interesting place. Their proposal is reasonable — as delegates at the NDP convention this weekend confirmed. They believe lowering the voting age would show immediate benefits for society and democracy.

But they have no idea when — or if — it will become a government priority.