The B.C. government should be looking to examples from the U.S. to increase the number of youth from care — and other disadvantaged young people — attending post-secondary schools, says advocate Dylan Cohen.

Increased supports and expansion of a program that provides free tuition for qualifying youth have made a big difference. In 2016, just 189 youth from care received tuition waivers at 11 post-secondary institutions. This year, 806 youth from care were studying tuition-free, a 326-per-cent increase.

But that’s still a fraction of the 2,200 youth from care attending post-secondary institutions. Cohen, a member of the Fostering Change advocacy team and a former youth in care, says barriers to post-secondary education are a major problem for youth from care, who often lack the adult support provided by families.

Cohen is most interested in Florida’s model. It has the oldest tuition waiver program for youth in and from care in the U.S. and covered 15 per cent of eligible youth in 2014.

Unlike B.C.’s program, Florida’s waiver can be used to get a graduate degree, is open to youth from a wider variety of types of care and requires just six months of care experience. B.C. requires at least 24 months in care.

‘I didn’t know how I would pay for it’

B.C.’s program waives tuition for youth in undergraduate programs who started before they turned 27. Florida youth from care have until they turn 28 to study in undergraduate, masters and PhD programs in any of the state’s public post-secondary institutions.

Florida also waives tuition for all youth who are homeless or partaking in welfare transition training and employment programs, completing apprenticeship programs, or taking dual credit programs that count towards high school and post-secondary graduation. 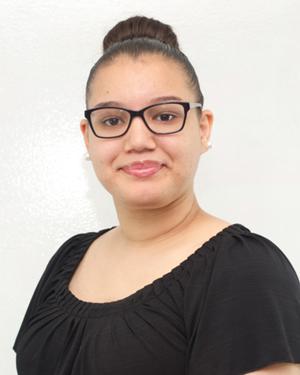 Ke-ana Durham is attending university in Florida for free, thanks to the state’s robust tuition waiver program.

There are provincial grants, loans and tax credits available for all apprentices in B.C., but no tuition waiver. And there’s no tuition waiver for homeless youth, youth on income assistance or in disability retraining programs.

If Ke-ana Durham, 21, lived in B.C., she wouldn’t receive a tuition waiver.

But Durham, who was taken into the custody of a non-relative when she was 17, lives in Fort Lauderdale, where tuition waivers extend to youth living with non-family members.

When Durham was growing up, she never thought she could afford university. She’s the first person on either side of her family to attend.

“I knew I was supposed to, but I didn’t know how to get there,” she said. “Or what options were open to me or how I would pay for it.”

The director of education at Handy Inc., a Fort Lauderdale non-profit working with at-risk youth, helped ensure Durham got into university tuition-free.

“‘You have a waiver, and I’ll take care of everything. You just have to choose the school,’” Durham recalls the director telling her.

Today, she’s in her final year of the bachelor of social work program, with certificates in public policy and child welfare practice, at Florida International University.

But if you ask Liliana Hernandez, it’s Connecticut, not Florida, that should be the model for B.C.

A child welfare researcher at Vidya Vida Inc. consulting agency in Maryland, Hernandez co-authored an analysis of 22 tuition waiver programs in the U.S. in 2017.

She favours Connecticut’s waiver because it offers a lump sum equal to the cost of tuition, room and board at the University of Connecticut for adoptees, and Connecticut State University for youth from foster care.

It’s also the only tuition waiver program in the U.S. that comes with guaranteed state funding. All other states require universities to foot the bill themselves. B.C. also covers the tuition costs.

“But in reality, when you think about it, because there are so few foster kids who are going to college it really shouldn’t be that expensive,” said Hernandez. “It’s just one more kid in the classroom.”

Youth from care in Connecticut who qualify for the program can also use the waiver to attend public post-secondary schools out of state, unlike Florida and B.C.

And unlike Florida, Connecticut doesn’t require a minimum length of time in care before youths are eligible. However, youth must contribute $500 of their own money towards school and apply before they turn 22. They lose funding after the end of the school year in which they turn 23.

Hernandez said that if B.C. wants to expand its tuition waiver to include more youth, cover more expenses or allow them to pursue even higher education at out-of-province schools, it should start small.

“Eventually you can show the legislature, ‘Look, let’s put aside some money, and let’s also include housing,” she said.

B.C.’s tuition waiver program has continued to grow, including youth from the province living outside B.C. but studying online at applicable B.C. institutions, youth who have returned to their parents before age 19, as well as expanding to 10 union-led trade schools.

Cohen noted that the B.C. government budgeted $2 million annually for the expanded tuition waiver. As of April 2019, a year and five months after the expansion, it had spent $3.6 million.

That’s not a lot of money, Cohen said.

“The problem with tuition waivers is that they are not the silver bullet to youth getting the supports they need. We need wraparound supports,” he said. “There’s a pretty basic level of support that everybody needs to feel stable. Things like housing, food, phone and transit subsidies all come into what supports could be available.”

Cohen added that most youth from care who age out of the system don’t have anyone to call when student life throws them a curveball.

But in England and Norway, for example, youth who have aged out can be assigned a social worker until they’re 23.

At Florida International University, Durham doesn’t pay for anything beyond some food and her clothing, which she covers through part-time work. While Florida’s tuition waiver applies to every public post-secondary, several schools, including Durham’s, have their own programs for youth in and from care that cover other school-related costs.

“I don’t pay for anything,” she said, adding the support she receives at Florida International University’s Fostering Panther Pride program is a big part of why she chose the school.

“My housing is taken care of through a program they have for students with waivers, and they also do scholarships for housing and help with housing and supplies, if you need it.”

Fostering Panther Pride also matches youth from care and homeless youth with success coaches, which are legislated by the state to be part of student support services at all 28 public universities and colleges.

Success coaches help students register for classes and find housing. They offer financial and academic advice; help youths find jobs; and identify and help them access any other needed supports or resources.

The Fostering Panther Pride program is funded by donors, not the state. And every school’s support program for youth in and from care is different.

Florida also has the Post-Secondary Education Services and Support program, which provides eligible youth up to age 23 with $1,256 per month for food, housing, transit and other school-related costs.

That’s similar to B.C.’s Agreements with Young Adults program, which offers eligible youth up to $1,250 per month for the same expenses for a maximum of 48 months between the ages of 19 and 26.

But the tuition waiver plus room and board supports still won’t cover all of Durham’s costs this year, her final in the program, when she must complete a practicum requiring a two-hour daily transit commute. She won’t have time to work, so she is taking out $2,000 per semester in student loans.

“I wish it was a federal program instead of just the state. No schools here have my program that I would like to study,” she said, adding she hopes to attend Columbia University’s one-year master’s in social work policy practice program.

But it might not be so bad depending on where her first job is after graduation. “Often times if I work in the government, they will pay for my master’s program.”

This story was produced as part of Spotlight: Child Welfare — a collaborative journalism project that aims to deepen reporting on B.C.’s child-welfare system. Tell us what you think about the story and see more child-welfare stories here.