We may have had a gender-equal federal cabinet because it was 2015. But it’s 2019, and on average Canadian women working full-time earn less than men; two-thirds of lesbian, gay, bisexual, trans and queer youth feel unsafe in school; and Indigenous women and girls are disproportionately more likely to go missing or be murdered than other women.

We’re a long way from ending gender-based discrimination in Canada. But 300 youth from across the country have created a comprehensive roadmap with recommendations for seeing it end in their lifetimes.

A joint initiative of the Canadian Teachers’ Federation and registered charity Plan International Canada, and funded by the TD Bank Group, Youth for Gender Equality launched its plan yesterday in Vancouver at the Women Deliver 2019 Conference, the world’s largest gender equality conference.

The Youth-Led Roadmap for Gender Equality is subtitled “A Plan to Achieve Sustainable Development Goal 5 in Canada.” Goal 5 refers to the United Nations’ sustainable development goal of reaching gender equality by 2030. Canada committed to achieving all 17 goals in 2015.

Three hundred youth ages 14 to 24 from all provinces and one territory were consulted over a three-year period on their recommendations for ending gender-based discrimination.

“Trust us youth, believe us youth, and empower us as youth. This change is not just ours, but it is for all of Canada. And I want to thank you guys for making me believe that tomorrow will be better than yesterday,” said Jennifer Wani, 18, from Saskatchewan, at the launch.

Youth consulted in the report included those who have experience in the justice and child welfare systems; are lesbian, gay, bisexual, transgender, queer and two-spirited (LGBTQ2S+); have homelessness experience; low-income experience; are racialized, Indigenous, refugee and newcomer youth; have physical disabilities; and are unemployed.

The solutions they offered were whittled down by 27 youth to create the 64 recommendations found in the report. The first 21 recommendations are “personal commitments” the youth are implementing in their own lives and are challenges for the rest of Canada to do the same.

These include recognizing the intersectionality of race, class and gender identities, paying attention and responding positively to #MeToo and #BelieveHer movements, and acknowledging and giving gratitude to Indigenous peoples and their shared and unceded territories.

The rest of the recommendations are aimed at government, media, Indigenous leadership, academia and the corporate sector. They seek to end unpaid internships, revise school curriculums to recognize women, LGBTQ2S+ and non-binary people, put youth on government boards, and to better support Indigenous youth, youth from foster care and young parents, to name a few of their recommendations.

“If you hear yourself being addressed in the recommendations, take it as our personal invitation to join us in the fight for gender equality,” said Vaidehee Lanke, 18, from Saskatchewan. “We are so happy to have you.”

As the report and the youth who spoke at the launch made clear, gender inequality doesn’t just impact those who identify as women or who present as feminine.

“There are many times I’ve had my sexuality questioned because I expressed any sort of feelings, and that includes when my dad had a heart attack,” said Rohan Noronha, a 20-year-old from Ontario.

Prime Minister Justin Trudeau, who is also minister of youth and addressed the Women Deliver 2019 Conference earlier on Tuesday, was invited to the launch but recorded a video response to the report instead. His message stopped short of promising to implement the recommendations.

Women and Gender Equality Minister Maryam Monsef was present to accept the report on behalf of the federal government.

“Know that we are on it. My team and I are going to continue to ensure that we’re applying a strong, intersectional, gendered lens to what we do at every stage of policy development,” she said, adding elevating the voices of LGBTQ people is a mandate of her department. 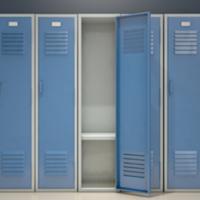 What BC’s Youth Are Saying about Their Health

She said her department would apply the report to budget deliberations. She added, “I have a youth advisory council, who is frigging amazing, and we’re going to make sure that they get a copy of this, as well.”

The Tyee asked Monsef via email how her government would be accountable to youth in implementing the recommendations.

In an emailed response, ministry press secretary Braeson Holland highlighted how the youth roadmap "compliments" work the government is already doing, including "creating historic investments in women's organizations, ensuring decisions taken by government are done using a fairness lens called Gender-Based Analysis Plus, tracking performance indicators on the Gender Results Framework, to make sure progress is being made, and collecting gender disaggregated data to ensure we can make better, evidence-based decisions through the new Centre for Gender, Diversity, and Inclusion Statistics.”*

Holland noted that the ministry's Youth Working Group on Gender Equality is leading the recently launched National Conversations on Gender Equality with Young Canadians project, another consultation with youth that will help inform policy.

"Our government is putting gender equality at the heart of our decision-making because we know that when we invest in women, we grow the middle class, build stronger communities and strengthen the economy for everyone. We've come a long way in four years, but we know that there is more work to do to achieve gender equality. Our government is committed to doing that work.”

The fact that reports such as these often languish on the shelf was not lost on the youth involved. Nor is the fact a fall election could change not only the federal government but also its commitment to ending gender discrimination. But the youth remain undeterred.

“There’s so many individual and local things that people can take from this roadmap and adapt it to their life,” said Maddi Grier, 24, from Blackfoot Confederacy, Piikani Nation in southern Alberta.

“Take those parts and continue to push government, continue to address youth, and have that reciprocity within each other.”

*Updated on June 5, 2019 at 10:35 a.m. to correct the name of the Women and Gender Equality Ministry and add a response from the ministry press secretary.