In a significant development, the Alberta Energy Regulator has acknowledged that hydraulic fracturing operations can impose high risks to critical infrastructure such as dams, an issue of growing concern at British Columbia’s Site C mega-project on the Peace River.

The regulator’s new regulations follow a wave of tremors set off by Canada’s oil and gas industry, as well as the release of major scientific papers documenting how fracking and other forms of fluid injection have caused devastating earthquakes.

Such industry-triggered events, some as great as magnitude 5.7, have destroyed homes, caused landslides, and left taxpayers with millions of dollars of damage in Oklahoma, Korea and in China, where citizens have been killed.

The exact cause of that earthquake is not known, but the oil and gas industry has previously rocked the region with tremors caused by wastewater injection or by gas extraction, which causes rock to fracture and collapse.

It also imposed requirements that any fracking operator in the three-to-five-kilometre zone that causes a magnitude 1.0 earthquake must now report the event to the regulator and cease operations totally if it triggers quakes greater than magnitude 2.5.

A regulator spokesperson told The Tyee in an email that the agency “issued the order as a precaution to limit the potential for an induced earthquake to happen near the Brazeau Dam. There has been no induced seismicity within 25 kilometres of the Brazeau dam and no reported impacts to the public, infrastructure, or the environment.”

Before the new public order there was an agreement TransAlta, an electric power company, had arranged with several fracking firms, according to a report by journalist Ben Parfitt.

In 2016, Stacey Hatcher, a company spokesperson, told Parfitt that “TransAlta is concerned about the potential impact of fracking induced earthquakes and continues to work with the Alberta Energy Regulator, Alberta Environment and the oil and gas operators to ensure that hydrocarbon development occurs in a safe manner that doesn’t create unnecessary risk to existing infrastructure.”

TransAlta has maintained a seismic monitoring program to protect its Alberta hydro dams from fracking operations since 2013.

BC Hydro also has its concerns about dam safety and fracking. Last year, a magnitude 4.6 quake triggered by Canadian Natural Resources Ltd. just 20 kilometres away from the Site C dam, halted that project and rattled hundreds of homes.

The quake, still under investigation by B.C.’s Oil and Gas Commission, forced BC Hydro to conduct safety inspections after the event before work could resume.

Hydraulic fracturing has been loosely banned within five kilometres of the Site C dam, but water disposal wells, which can also trigger quakes, continue to operate within the setback zone.

But the University of Western Ontario researcher pointed out that she recommended in 2017 that governments ban all fluid injection including hydraulic fracturing within a five-kilometre radius of critical infrastructure (cities, dams, gas storage areas) and maintain a comprehensive seismic monitoring program up to 25 kilometres away to detect anything unexpected and allow for a proactive response.

That didn’t happen in Pohang, Korea, where an enhanced thermal operation triggered a major magnitude 5.5 earthquake in 2017.

After injecting water into hot rock formations to gather steam for power generation, the operation caused rock to fracture, which triggered a quake that injured 137 people and damaged 57,000 structures. All in all, the event by a so-called clean energy project authored $300-million worth of damage.

“The operators in Korea thought about the hazard but didn’t think about the risk inherent in operating in proximity to such a large population; the risk is driven by the consequences of failure,” Atkinson said.

(A magnitude 5.5 earthquake is considered the same hazard whether it strikes a city or an uninhabited forest but the risk is greater in densely populated areas.)

Recent events in China have spelled out just how dangerous fracking-induced quakes can be in the densely populated Sichuan Basin.

The fracking industry also delivered a shocking jolt to central Alberta earlier this year when a fracking operation owned by Vesta Energy near Sylvan Lake likely triggered a magnitude 4.6 tremor.

That event rattled hundreds of homes west of Red Deer and temporarily knocked out power for 5,000 people.

It’s not the first time the industry has shut down electrical facilities. In 2014, a magnitude 3.9 earthquake near Rocky Mountain House forced a nearby gas plant to shut down and flare off gas. Several hundred people lost their power for a prolonged period.

That quake, says Atkinson, was likely caused by the long-term extraction of natural gas in the region or by wastewater injection.

As a result of the Vesta quake, which alarmed hundreds of Albertans, the Alberta Energy Regulator issued new orders last month forcing operators near Red Deer to shut down their operations if they trigger seismic events greater than a magnitude of 3.0.

Until that order, the regulator only managed fracking operations in the Fox Creek area, where industry has set off hundreds of tremors, including some of the largest recorded earthquakes ever set off by industry outside of China.

Fracking causes earthquakes by injecting highly pressurized streams of water and chemicals at depths of one to two kilometres where the earth’s rock is geologically unstable.

Since the advent of fracking nearly a decade ago, the industry has caused small to moderate magnitude quakes in Ohio, Oklahoma, Arkansas, British Columbia and Alberta, changing seismic patterns and causing alarm or damage in areas not prone to large tremors.

The quakes, which have lowered property values in Oklahoma, garnered much public protest and robust scientific attention.

In a recent presentation on industry-made quakes in Alberta, hydrogeologist Ian Grant raised concerns about the “impact on social licence,” the need for better hazard mapping, and continued seismic monitoring. 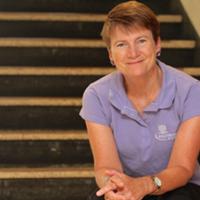 He also warned that the industry might face restrictions on the disposal of massive volumes of wastewater produced by oil and gas fracking due to increased seismic hazards.

This year a B.C. government report on fracking issued similar concerns and warned that industry had run out of formations to store seas of highly toxic wastewater underground that didn’t trigger earthquakes.

In an attempt to control fracking-induced quakes, both Alberta and B.C. regulators have set up “traffic light systems” in a few areas that signal operators to suspend operations once they have triggered a critical magnitude.

Yet a new study in Seismological Research Letters warns that “the precision to what an earthquake of a given strength can be prevented by a traffic light system has more limitations than typically assumed.”