The BC Liberals say the NDP government is giving preferential treatment to unionized workers who provide some social services, while ignoring others who do the same work but aren’t in unions.

On April 1, everyone in the sector got a two-per-cent raise.

But the government also provided $40 million for “low wage redress.” The money was intended to bring the wages of union members working in community services closer to those of union members doing comparable work in the health sector. That’s been estimated to mean an extra 12-per-cent in pay for unionized workers.

Non-union workers in community services were excluded from the wage redress program.

Shane Simpson, the minister of social development and poverty reduction, says the pay differences emerged in bargaining with the unions. It will take time to work with all the groups involved to find solutions for a sector that was badly neglected by the former BC Liberal government, he said.

BC Liberal Leader Andrew Wilkinson first raised the issue in the legislature on April 3. The topic has been central to four raucous question periods and opposition members say they still haven’t heard clear answers from the government.

“It would be a very difficult question period for us if they got up at the beginning and actually provided an answer, even if it wasn’t a good one,” BC Liberal house leader Mary Polak said in an interview Tuesday. “To date they don’t even want to try and justify the actions. I honestly think they know it’s wrong.”

The government’s decision affects some 17,000 people, the majority of them women, who work for agencies that the government contracts to provide childcare, home support, addiction treatment, social housing and other services. For comparison, the unionized workers number nearly 15,000.

By some accounts, some non-union workers will end up getting paid up to $4 less per hour than union members doing the same work.

“In the past, with respect to social service agencies, when collective agreements were signed with the union workers in the sector to provide a raise, government would then fund the agencies to provide the same wage to their non-union employees,” Polak said.

“That was a policy that is longstanding,” she said. “When we were in government we topped up the non-union employees to match whatever collective agreement increase had been negotiated for the union employees.”

‘Low wage redress’ for some

Simpson stressed that everyone across government will get a two-per-cent wage increase in each of the next three years and that he wasn’t involved in collective bargaining with the unions, which was handled through employer associations outside his ministry.

“Unions go out and do the work they do on behalf of their members,” he said. “It was about the unions closing the gap among their membership. That’s a collective bargaining matter that was there for the unions.”

But in closing one gap, the agreement created a new inequity between unionized and non-unionized workers.

“While we applaud the decision to address the recruitment and retention crisis in the community and social service sector over the next three years through the low wage redress, the decision to only address compensation for unionized employees will have widespread and damaging implications for the sector as a whole,” she wrote.

“It is unacceptable that the lowest paid workers in the public sector, the majority being women working in small community based agencies, would continue to fall further behind. We question the rationale of a public policy that provides unionized employees a significantly different wage increase than their non-union counterparts performing the same work.”

The sector is already struggling, and the unequal funding will “lead to further destabilization of services for children, youth, families, people with intellectual disabilities, Indigenous peoples and communities,” she said.

Tanya Behardien, the president of the Federation of Community Social Services of B.C., also wrote to James.

“The lack of equitable distribution of wage increases compounds the recruitment and retention challenges that our member agencies already experience,” she wrote.

“The widened gap in wages will continue to create employment barriers that many will not be able to overcome. Agencies will be required to provide new wage increases without government funding in order to compete in the current labour market, and as a result, will be required to reduce services to cover the costs.”

Various government decisions, including around procurement, are making the sector more fragile, Behardien said. “Cascading impacts of ongoing government policies, that continue under your government, contribute to the decay of the community social services sector.”

In some cases agencies will end up with two classes of workers with different pay rates, Polak said. Or they may have to reduce services so that they can give the same raises to everyone, she said.

Simpson said he’s heard the concerns from people in the sector and is committed to working with them on a solution.

“I get the questions around how do we enhance and sustain the sector, whether it’s union or non-union,” he said noting there are thousands of service providers, mainly non-profit organizations, which provide services through several ministries. “They do complicated and really important work that the government couldn’t get along without quite frankly, and we want to build and strengthen that.”

He would, however, rather have those conversations with the service providers than with the opposition in the legislature.

“It’s hard for me to take the Liberals seriously on these issues when I look at their track record,” he said. “I’m just not very prepared to take it from people sitting on the other side who never treated these people with any respect at all.” 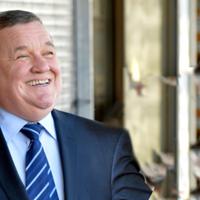 Adam Olsen, the BC Green Party MLA for Saanich North and the Islands, said people in the sector want to hear what the government plans to do, not about what happened during 16 years under the former government.

“There’s no question the government inherited a big, steaming pile of you-know-what,” Olsen said. “It’s how they’re fixing it that I’m most focused on, and in this instance what they’ve done is they made a decision that created two classes of worker.”

The government could bring in a “fair wage policy” so that people doing the same work are paid the same amount, he said.

“This issue is as alive today as it was throughout the past 16 years,” he said. “The question is what is this government, this so-called worker-friendly labour-friendly government, doing to fix the inequities in our society.”

The government’s decision is hurting the people who depend on the services the affected workers provide, Olsen said. “Those are people who can ill afford any further disruption in their life. We should not be putting that kind of stress on them.”