Today, 96,828 people are on the waitlist for subsidized housing administered by the city.

Homeless shelters are full or almost full every night, and the number of people using the emergency shelter system has jumped 60 per cent in two years. One of the main drivers of homelessness is a lack of available affordable housing and a steadily increasing affordability gap, the city says.

And Toronto’s housing stock has failed to keep up with its increasing population. Between 2011 and 2016, Toronto’s population grew by more than 340,000 people, but only about 100,000 new housing units were completed in that period.

Politicians, experts and activists all tend to agree that adding more housing, and a wide variety of housing, is necessary to help fix the problem.

But critics say the city has been slow to respond.

Here are two ideas for how Toronto can better use its existing resources to help address its housing crisis.

1. Use surplus public land for housing

Toronto, like most cities, owns public lands that are either not being used or being underused.

This land could be used to build housing, or housing could be added to property or buildings that are being used for other purposes.

A recent report from the Toronto Region Board of Trade recommends using surplus land to build 3,300 new homes per year to help keep up with Toronto’s growing population, with a portion of those set aside for affordable housing.

Brian Kelcey, vice-president of public affairs for the Toronto Region Board of Trade, points to parking lots as a prime example of surplus land that could be better used.

“Government thinks of them as a short-term cash provider rather than as an asset to be developed,” says Kelcey. “And we’re saying no, if you develop that land for housing and maybe cut a deal where you’ve got some public parking underneath the site, suddenly you’ve got a lot more value out of the site and you’ve got two, eight, 12 storeys of housing.”

In January, the City of Toronto launched a new agency, CreateTO, tasked with managing the city’s real estate assets, including selling and redeveloping the city’s abundance of surplus public lands.

One of the major advantages of using surplus public land, says Kelcey, is that the city has the ability to prioritize based on public needs. “As the owners, they’re also in the position — if public policy allows for it — to prefer terms or even dictate terms on which that land will be developed in a way that’s going to get you a better mix of homes, a better mix of affordable homes,” says Kelcey. The board of trade report notes the city could choose to sell land at below-market value to encourage affordable housing development.

CreateTO has run into issues and has been slow to bring land to market, in part dues to disputes over how the revenue from land sales should be used.

Critics have also raised concerns that private developers could reap the benefits if there aren’t guarantees that a portion of the public lands would be put towards affordable and non-profit housing.

The commitment to affordable housing would need to be ironclad, says David Amborski, director of the Centre for Urban Research and Land Development at Ryerson University.

“If they buy it, you [say they] have to make a certain number of units affordable. You put a condition on the purchase itself,” he says.

Where would the money come from to build more affordable housing?

A report by the Ontario Non-Profit Housing Association outlines a plan to address the province’s housing crisis. 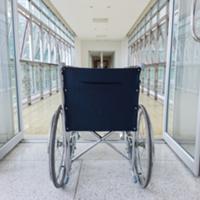 It argues that the provincial government is in a prime position to invest in affordable housing. In addition to funds from the federal National Housing Strategy — expected to be up to $7.4 billion over 10 years — the association suggests dedicating funds from the Land Transfer Tax and Non-Resident Speculation Tax — about $2.8 billion last year in total — to building more affordable housing.

The Non-Resident Speculation Tax is a 15 per cent tax levied on any properties bought by non-residents in the “Golden Horseshoe” region surrounding Toronto, and was instituted in 2017, while the Land Transfer Tax is a levy of 0.5 per cent to 2.5 per cent on the purchase of land in Ontario. 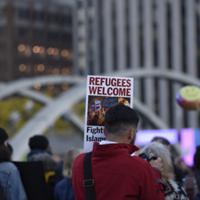 Refugees Are Trapped in Toronto’s Housing Crisis, but Solutions Exist

With the funding from the National Housing Strategy, this revenue could build tens of thousands of homes. “We’re looking to re-invest housing dollars back into housing,” says Marlene Coffey, executive director at ONPHA.

But there is a challenge, says Amborski. The provincial government has already allocated funds from the Land Transfer Tax and Non-Resident Speculation Tax elsewhere, and reallocating them to housing would be a tough sell.

“The City of Toronto, having an affordable housing mandate, you’d think they might do that because that particular tax has no purpose other than to raise revenue,” he says. But re-allocating the funds to housing would require convincing the public and politicians.

“It has to do with the will of the governments,” says Amborski.

Coffey thinks that could be done in the face of the housing crisis.

“My perspective is that it’s achievable, and we’re looking to engage with our governments and the private sector and our co-operative housing friends as well as our own not-for-profit members to make that comprehensive approach,” says Coffey.

If the Ontario Non-Profit Housing Association and its supporters were able to gather enough political support, the plan could go a long way in funding much needed housing for low and middle-income residents.