The British Columbia government wants to make the increasingly difficult job of finding a family doctor easier for the province’s residents by boosting access to primary care.

“It won’t be fixed tomorrow, but we’re committed to making a transformation in health care delivery here in British Columbia that I believe will be the model across the country,” Premier John Horgan said at the Vancouver announcement of the changes Thursday morning.

Some 760,000 British Columbians, nearly 17 per cent of people in the province, lack access to a family doctor or other primary care provider.

More than half of British Columbians say that when they seek an appointment they are unable to get one on the same day or the next day, according to government figures. Nearly three quarters are unable to get care on evenings or weekends without visiting an emergency department.

Health Minister Adrian Dix said, “We do know the model of primary care that has existed in British Columbia since the creation of Medicare is in need of change.”

To address the need, the government announced it will provide $78 million a year for up to 200 new family doctors to work in team-based settings and $50 million for 200 new nurse practitioners. The province will also create spaces to train 30 additional nurse practitioners each year.

It will be creating primary care networks in 15 communities within the year, starting with Burnaby, Comox, Prince George and South Okanagan Similkameen. The networks will be “the backbone of the team-based approach,” according to the government and will provide everything from maternity to end-of-life care.

Along with doctors and nurses, teams may include social workers, psychologists, dietitians, pharmacists, physiotherapists, occupational therapists, mental health workers and others.

There will also be 10 urgent primary care centres opened within the year to provide care to people who don’t have a family doctor or nurse practitioner and to take pressure off emergency departments by being open on weekends and after hours.

And there will be more support for non-profit community health centres to “bring together health and broader social services to improve access to health promotion, preventive care and ongoing services.”

“The status quo for the delivery of public health care in Canada and in British Columbia is in transformation,” Horgan said. “Through these primary care networks we’re going to be able to link patients to the care they need in their communities.”

The care that’s available needs to be timely, appropriate and diverse, he said.

Trina Larsen Soles, the president of Doctors of B.C., attended the announcement and called the plan “bold and ambitious.” She added she’s interested to see how the 200 doctors are recruited and distributed. “There are still many details to be worked out.”

On Twitter the Hospital Employees’ Union called the announcement significant. “These are important innovations that will make health care stronger and more accessible,” it said. 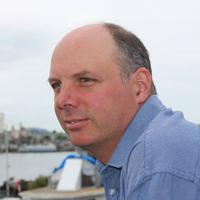 A Prescription for Better Health for Canadians

Asked if the changes were likely to satisfy people who want to see a doctor, Horgan said that what the government’s doing includes doctors. “It’s the transition from what we were to what we’re going to be,” he said.

Dix said that under a previous program to connect people with family doctors, A GP for Me, there were more people without a doctor when the program ended than when it started. Thursday’s announcement was different, he said.

“We will support these programs into the future and not just at election time,” he said. “This is not a photo opportunity program. This is the transformation of primary care.”