BC Hydro wants to stop paying for the excess power that its customers generate from solar panels and other sources.

Energy, Mines and Petroleum Resources Minister Michelle Mungall says the change is needed because some people are using the 14-year-old net metering program in a way that wasn't originally intended.

But BC Green Party leader Andrew Weaver says stopping the payments is shortsighted and discourages a cottage industry that produces small-scale power. It's a "weird" decision at a time when the province is building the Site C dam to generate much more expensive power, he said.

"BC Hydro's net metering program is designed so that customers can generate and connect clean or renewable generation for their own needs," BC Hydro wrote in an April email to customers using the program.

Under the program, BC Hydro gives customers credit at times when they generate more energy than they need. If, after a year, a customer hasn't spent all of those credits buying energy back from the utility, BC Hydro will pay them out at a rate of 9.99 cents per kilowatt hour.

Some 95 per cent of the participants in the net metering program have installed solar photovoltaic systems, according to BC Hydro's website.

"We've found that while most of the program's 1,330 customers are only generating enough power to offset their usage, some have oversized their generation," the utility's email said. "Some have consistent large annual surplus payouts, a situation that was never intended and which isn't in the best interests of our customers as a whole."

There would be no change for people already in the program or who want to generate less power than they'll use in a year, but BC Hydro is applying to the BC Utilities Commission to make the program unavailable to future customers who want to "oversize their generating facility" beyond their own energy needs.

Some BC Hydro customers participating in the program are generating significantly more power than they produce, Mungall said.

"They're earning all these credits and then BC Hydro has to pay them out, so this is kind of a backdoor way to be getting an energy purchase agreement. It's not what the program was intended for. It's not OK and so that's why BC Hydro is making this request."

The utility is paying around $30,000 a year to some individuals and organizations, Mungall said. "That adds up."

While BC Hydro wants to provide incentives for people adding solar panels, it already has enough power to meet the province's needs for the next couple of years and doesn't want the excess right now, she said.

Weaver said Mungall has become an apologist for bad BC Hydro policy. "We are very troubled by this," he said. "Why would BC Hydro not want energy at 10 to 12 cents a kilowatt hour from these people when you have existing batteries - those are the existing dams that can level the load - and instead decide to pay substantially more than that to produce Site C? It's just weird." 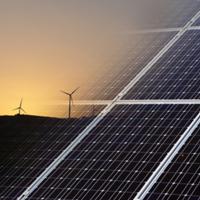 Making the change is unfair, Weaver said. "We've had lots of examples of people who've invested substantially to create solar power, for example, and they sell it to the grid and they're not getting a premium on it. They're basically selling it at the price they pay for it."

The program provides an incentive for a cottage industry that has energy users and investors - not BC Hydro ratepayers - developing new sources of power, he said.

He said he is preparing to ask Mungall about the issue during the budget debate for her ministry. "My goal is to rather than shame them, to walk them through a narrative and try to get them to see there are real opportunities here if they get a handle on BC Hydro."

Weaver said that while the NDP is doing a very good job in many areas, energy policy isn't one of them.

In BC Hydro's email to customers it said the changes to the net metering program are an interim step. It is planning to complete a broader review of the program and apply to the BCUC for further changes by the end of the year.