Money from the provincial government to revitalize B.C.’s dozens of Indigenous languages could not come too soon, say language advocates.

Frances Brown, an Indigenous language co-ordinator at Bella Bella Community School, said without the government funding for endangered languages, Indigenous communities in B.C. would be in a crisis.

Brown said all six elders in her community are offering to help teach their Heiltsuk language, but can only work up to three hours a day without getting tired.

“Even though we’re teaching our students the Heiltsuk language half an hour a day, they’re going home with language they don’t understand,” Brown said. “I recognize there is an inter-generational gap and I recognize that immersion is key.”

The B.C. government announced in February as part of the provincial budget that $50 million will go towards the revitalization of Indigenous languages in the province.

Finance Minister Carole James said during her budget speech that “of the 34 languages in our province, eight are severely endangered, and 22 are almost extinct... funding is going to flow immediately because there is no time to lose.”

The $50 million will be managed by First Peoples’ Cultural Council, a First Nations-run Crown corporation. According to Aliana Parker, the council’s language program manager, the money will go to three priority areas:

1) Programs and projects that will turn new speakers into fluent speakers;
2) Projects for documentation of the languages;
3) Language planning across communities.

Parker said funding has always been the greatest challenge for preserving languages and that she is grateful it’s finally being addressed.

“This $50-million is a great start to responding to the need out there for funding for languages,” Parker said. “We’re really excited to see how all the languages can move forward with this extra support.”

Mark Turin, chair of the First Nations and Endangered Languages Program at UBC, said the council is an appropriate clearing house for the funding because of its community focused work. Its track record includes the use of diverse and sophisticated tools such as FirstVoices, a suite of web-based tools and services designed to support Indigenous people engaged in language archiving, language teaching and culture revitalization.

According to Parker, the unprecedented investment by the B.C. government is the result of many years of advocacy on the part of community partners and leadership at the council.

The council also sponsors a mentor-apprenticeship program, which helps individual language mentors team up with an apprentice to complete 300 hours of language immersion work over a one-year period.

Parker said she has seen growing interest in the program over the past few years, noting that motivated adult learners who do the one-on-one language learning with an elder are starting to “turn around and become language teachers” themselves or share the language in a variety of other ways.

Turin, whose research includes documentation of endangered Indigenous languages, said, “One of the unique features of B.C.’s linguistic landscape is the rich and robust documentation that already exists for many of the First Nations languages that are spoken here.” 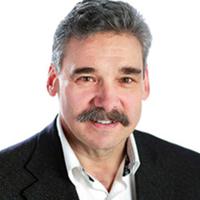 BC Liberal Asked to Apologize for Putting Policing Over Language

“As communities are demonstrating to those of us in the academy, it is entirely possible to be working on documentation, safeguarding and revitalization of Indigenous languages in tandem, and thereby generate both new speakers and culturally relevant learning opportunities at the same time.”

The provincial money for language revitalization was criticized by Prince George-Mackenzie BC Liberal MLA Mike Morris, who said last week that the money would be better spent on policing.

“Here we have people suffering every day from alcohol abuse, domestic violence, sexual abuse, and preserving languages is a higher priority than putting that money into extra policing resources,” Morris said.

In an effort to support language planning across communities, the First Peoples’ Cultural Council has made data accessible to the public in a number of ways, including its 2014 report on the status of B.C. First Nations languages.

On a federal level, the Indigenous languages legislation is currently being drafted, which Parker is hopeful will result in a significant investment by the federal government for languages as well in 2020.