The NDP government is following up on a promise to review how public schools from Kindergarten to Grade 12 are funded.

But the review, which will look at how money is distributed to the province’s 60 school districts, won’t include how much money they receive or how the province subsidizes independent or private schools.

A press release issued by the Ministry of Education Thursday laid out the guiding principles for a new funding formula to distribute the $5.65 billion in operational funding among the districts, which increases to $5.75 billion next year. Developed with the BC School Trustees Association, the guidelines are:

The review panel will be chaired by Chris Trumpy, former deputy minister of finance who worked under NDP and Liberal governments and who also led the government’s fiscal review of Crown corporations last fall.

Joining him on the panel will be Piet Langstraat, superintendent of the Greater Victoria School District; Flavia Coughlan, secretary-treasurer at the Maple Ridge School District and vice-president of the B.C. Association of School Business Officials; Angus Wilson, superintendent of the Mission School District; Philip Steenkamp, current vice-president external relations at the University of British Columbia and former deputy minister in several Liberal government ministries including Advanced Education; Kelly Pollack, founder and former CEO of Immigrant Employment Council of B.C.; and Lynda Minnabarriet, secretary-treasurer for the Gold Trail School District.

The panel will conduct consultations with education stakeholders this spring, and then submit their report on the recommended funding formula to government. The ministry plans to have a new funding formula in place for the 2019/20 school year.

BC Teachers’ Federation President Glen Hansman says the teachers’ union is pleased with the guiding principles and panel makeup, though it would have preferred at least one teacher sitting on the panel. The union is disappointed, however, the review won’t include the amount of funding.

“We feel that it would be appropriate for the panel to also review the quantum, as well,” Hansman said, adding this was outlined in the union’s funding formula review brief to the ministry last month where it referenced funding formula reviews in Belgium and Australia where final recommendations included increased education funding.

The review comes 16 years after the previous Liberal government changed the funding formula without a review.

“I know the last major [funding formula] review was a while before that, and there’s been some different pieces bolted on over time... so it’s not as clean as it was when the original review was done,” said Gordon Swan, president of the BC School Trustees Association. “We’re also looking forward to having a discussion at some time in the future about the overall funding.”

Independent schools received $398.5 million in operations funding for the 2017/18 school year, going up to $426.3 million next year. The amount of money each private school receives depends on which of the four categories it falls under. 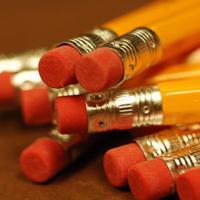 The teachers’ union has repeatedly called on the province to stop funding independent schools, including it in its submission to the Select Standing Committee on Finance and Government last fall.

The Federation of Independent Schools Association of BC did provide input to the Ministry about the review, alongside other stakeholders like the BC Teachers’ Federation and the BC School Trustees Association.

In an email to The Tyee, Peter Froese, president of the Federation of Independent Schools Association of BC, pointed out that while they are not part of the review, the outcome will impact them.

“We expect to see operating grants in some districts to decrease and increase in others. Independent schools in these districts will see a change in their funding,” he wrote, though the overall amount of funding will not change.