Despite a slight drop in provincial poverty rates, one in five B.C. kids continues to wake up poor each morning. 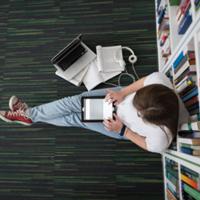 That’s the message from the 2017 BC Child Poverty Report Card released yesterday by First Call: BC Child and Youth Advocacy Coalition. It’s the 21st such report in B.C. and co-produced by Campaign 2000 national poverty reduction coalition to show how far the government of Canada had strayed from its 1989 promise to end child poverty by the year 2000.

This year’s report card uses 2015 tax filer data for families with children, which shows a slight drop in the number of children living in poverty in the province compared to 2014 when it was 19.8 per cent. Overall children make up 18 per cent of the B.C. population.

While the B.C. no longer bears the infamy of having the highest child poverty rate in Canada — that distinction goes to Nunavut with 36.1 per cent of kids in poverty — the province still exceeds the national child poverty average by 0.7 per cent with 18.3 per cent or 153,300 kids living in poverty.

“We have nothing to be proud about,” said Scott Graham, associate executive director of the Social Planning and Research Council of BC, which also collaborated with First Call on the report, in a press conference yesterday morning.

First Call provincial coordinator Adrienne Montani isn’t sure why the numbers dropped from 2014. The change is equivalent to about 10,000 people lifted out of poverty, but she doesn’t think government can take the credit. “It’s probably income that people are earning — our unemployment rate is down again,” she said.

But as the report card shows, employment does not necessarily prevent poverty. A single parent making minimum wage earned $18,761 in 2015, more than $10,000 below Statistics Canada’s Low Income Measure for one parent with one child. For a two-parent family with two kids where both parents are making minimum wage, they earned $3,724 below the Low Income Measure of $41,246.

Overall, whether for single parents or couples, the median annual income of B.C. families living in poverty in 2015 was $10,000 to $12,000 below the Low Income Measure for their family type.

Poverty rates are higher in B.C.’s coastal regions, with almost 50 per cent of the children in the Central Coast Regional District living in poverty, while a third of kids in Skeena-Queen Charlotte, the Stikine and Mount Waddington are poor. These regions have high Indigenous populations and several remote communities that require boats or float planes for access.

Almost all the 550 children living alone in B.C. in 2015 lived in poverty, as did nearly half of all lone parent families, the majority headed by women. Those who lived in alternative family structures, including foster care placements and with grandparents, had a 36.2 per cent poverty rate.

Georgia Brown is one such Vancouver grandmother raising her two grandsons with special needs. Supporting her family on income assistance, she finds her meagre budget eroded by cutbacks to community supports like free meals, programming and bus tickets for low-income families.

“At Cedar Cottage [Community Centre], instead of just going to the [family] program and signing up, now we have to RSVP it because there’s not enough room to feed everybody at the same time in one night,” said Brown, adding she sometimes must sneak aboard the bus because bus tickets aren’t always provided by the programs and she can’t afford the fare.

As an Indigenous woman in B.C., Brown isn’t surprised 2016 Census data shows almost a third of Indigenous children living off reserve in B.C. live in poverty, compared to 23 per cent of racialized kids and 45 per cent of recent immigrant children.

The 2017 Child Poverty Report Card comes with 21 recommendations for decreasing child poverty, many of which could happen immediately, Montani said. These include introducing universal affordable childcare, increasing the minimum wage to $15 an hour, extending the provincial child benefit to age 18 from the current cut-off when a child reaches age six, and doubling the annual amount received per child to $1,320.

Next week the community consultations begin on the B.C. Poverty Reduction Strategy. In an interview with The Tyee, Social Development and Poverty Reduction Minister Shane Simpson said recommendations like changing the child benefit will likely be raised as solutions to explore.

“You’ll see more work in the February budget in the areas of housing and childcare,” he said. But for families experiencing poverty right now, Simpson’s message was to be patient.

“There’s not a quick fix for poverty,” he said. “I’m focused on ensuring that we get [poverty reduction] right in the long term, while providing the supports we can in the short term.”