Little Free Libraries, those dollhouse-sized book exchange boxes you often find in residential areas, have been a presence in Victoria neighbourhoods since at least 2010.

But in the last three years, thanks in part to the efforts of the Greater Victoria Placemaking Network, they’ve exploded in popularity with an estimated 70 new book boxes.

A crowd-sourced map compiled by the network documents 146 in the Capital Regional District now. They hope to hit 150 by the end of the year to mark 150 years since Canada was officially formed. By next year they want to hit 175.

“We actually are calling the spaces ‘Pocket Places,’” said network member Teale Phelps Bondaroff, adding that many of the book boxes have benches or little gardens nearby that were funded by a City of Victoria My Great Neighbourhood Grant.

These Pocket Places are meant to foster community growth by providing a place where neighbours can meet and share a book — or 10.

“Little Free Libraries, I see them as the first entry level of placemaking,” said Phelps Bondaroff, who Tyee readers may remember as a critic of BC Ferries $2 bike surcharge.

“I’ve described Little Free Libraries as coral reefs for their community,” he said, a place for people to gather.

But while boxes of books to borrow as you please — or as an altruistic outlet for your own dog-eared paperbacks — are highly popular in Canada and the United States, the model has its detractors.

Critics say they’re elitist because they are mainly in wealthy neighbourhoods, are poorly stocked with books nobody wants and reduce much-needed support for public libraries. In some cases, organizations charge money to provide the boxes.

A paper published earlier this year in the Journal of Radical Librarianship took a critical look at the book exchanges in Toronto.

They were also really close to Toronto Public Library branches and aren’t free to set up. The Wisconsin-based Little Free Library non-profit sells book boxes in a variety of styles that range in cost from US$150 to $2,500, and that doesn’t include the post they sit on. Registering your library, which includes a charter sign, starter kit (box not included) and a place on their global map of 50,000-plus book exchanges, will cost anywhere from US$39 to $82.

“You’re not going to solve food [insecurity] by having a small community garden. Part of it is the experience of building a garden, meeting your neighbours, creating relationships,” he said.

The researchers may have missed book exchanges in less economically and racially homogenous neighbourhoods, Phelps Bondaroff added, because they relied on the non-profit’s map. Not everyone pays the registration fee, and if you’re not registered, you’re not on the map.

For example, the non-profit’s map shows eight Little Free Libraries in the Greater Victoria Regional District — considerably fewer than the 146 ones the GVPN found.

The Greater Victoria Placemaking Network Little Free Libraries’ model differs in other ways, too. For one, unless you opt to build your own, the book boxes can be free.

“We sourced a bunch of used newspaper boxes from the [Victoria] Times Colonist,” said Bondaroff, “and we’ve now helped people repurpose them into Little Free Libraries.”

Most book exchanges are maintained by the people who built them. But Phelps Bondaroff and other network members take a more active role, sourcing unsold books from the annual Times Colonist book sale and dispersing them among the city’s little libraries throughout the year. 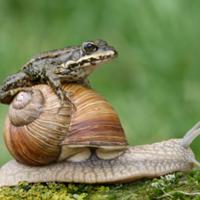 “I stored about 1,500 books in my tiny apartment this year,” said Phelps Bondaroff, who makes book deliveries by bike. He also helps spread other generous donations.

“Fernwood has the highest density of Little Free Libraries in Victoria, and someone had left [30] large-print cowboy books at every single one of them,” he said, “So I took some out and swapped them for some other books, and spread [the cowboy books] throughout the city.”

It’s unclear how many people actually use the book exchanges. The Tyee could only find one research paper on Little Free Libraries’ use in the open-sourced Information Research journal.

Conducted by three University of British Columbia graduate students from the School of Library, Archival and Information Studies, the research focused on six boxes in an “urban centre in the Pacific Northwest” that looks a lot like Vancouver. The average number of transactions per week — leaving or taking a book — ranged from 12 to 139 from mid-June to mid-October in 2013.

Phelps Bondaroff admits use will depend on the community. He’s done a little sleuthing with regards to his personal Little Free Library located in Rutledge Park.

“We had a 1973 GMC truck repair manual show up, and I thought, ‘This is going to be here forever.’ And it was gone within eight hours.”