The Liberal government’s latest round of proposed tax changes is light on details and heavy on spin, says University of Toronto political scientist Nelson Wiseman.

After a month being hammered on a plan to close tax loopholes used by small business owners, doctors and others, Prime Minister Justin Trudeau’s government announced Monday it will be reducing the small business tax rate to nine per cent by 2019. The tax rate is now 10.5 per cent.

The announcement is just the Liberals’ attempt to control the conversation around the tax changes, which has gotten away from them, Wiseman said.

“This allows them today in QP to get up and say, ‘no, look what we're doing for small businesses,’” Wiseman said.

For more than a month Question Period has been dominated by attacks on the Liberals from opposition MPs angry about a plan to close the loopholes used by people who form personal corporations.

A news story last week reporting that Finance Minister Bill Morneau had failed to declare his ownership of a villa in France to ethics commissioner Mary Dawson for two years added to the controversy. The story sparked allegations of a breach of the Conflict of Interest Act from Conservative ethics critic Peter Kent.

The tax cut announcement Monday — along with a promise of some changes to the personal corporation reforms — came at a staged event with Trudeau and Morneau in an Italian restaurant in Stouffville, Ont.

In Question Period Monday afternoon, questions about Morneau’s villa were deflected with answers focusing on the tax cut announcement after an initial response that Morneau always cooperates with the ethics commissioner.

“We are currently implementing our campaign commitment to lower the corporate tax rate to nine per cent because we support small business,” said parliamentary secretary for finance Joel Lightbound in response to a question about the villa from Kent.

The former Conservative government had initially promised to reduce the small business tax rate to go down to nine per cent in 2015, but the Liberals cancelled the pledge in the following year’s budget once they took power.

The Liberals had promised to go ahead with the rate cut in their 2015 election campaign.

Wiseman said the tax proposal has exposed cracks within the Liberal Party, with some MPs speaking against the government’s plan. New Brunswick MP Wayne Long was removed from two committees for breaking party ranks.

The Trudeau government needed a new narrative on the issue, Wiseman said.

A media release from the Liberals Monday tried to credit their consultation process for the change came, rather than pressure from the public and opposition. “In the coming days, the Government will announce further steps towards fairness for the middle class that will take into account this feedback,” reads the release.

But, Wiseman said, the details of the tax changes still remain to be seen as the Liberals try to put a new light on their changes. They are still going ahead with the loophole changes, but details are murky, he said.

“I think the point today was to get the media’s attention to run a story,” he said, “not on people attacking this thing but that the government is acting.” 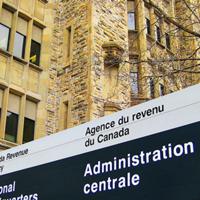 Fair Tax System Down the Drain if Loopholes Aren’t Closed

Macdonald calculates once the tax cuts and personal corporation changes are fully implemented by 2021 the government will lose $575 million in revenue. The money made by closing the loopholes won’t cover the cost of the tax cut, he said.

“It’s interesting that closing tax loopholes is now costing us half a billion dollars a year instead of saving us money,” Macdonald said. “Maybe this is a bit of an education in how politics works. You try to make the system fair but the backlash is so severe you end up spending $500 million on it.”

The tax cut shows the lobbying power of high-income earners in Canada who “don’t want to pay the same tax rate as the rest of us,” Macdonald said.