A narrowed NDP leadership race means more pressure on candidates to get into the gritty details of their policy plans and outshine opponents during Tuesday night’s debate, says the party’s national director Robert Fox.

The deadline to enter the race, which comes with a $30,000 entry fee, closed last week.

Despite some big endorsements from high-profile NDP members, Julian said his fundraising wasn’t going well and he took it as a sign his leadership bid was flailing.

The remaining four now need to showcase their talents and give observers an idea of what they’d look like as leader of the NDP, said Fox.

“There’s an opportunity to drill down, really see the strengths of the candidates, see what they bring to the table,” he said. “But also imagine what each of them will look like if it were [Justin] Trudeau or [Andrew] Scheer at the podium to the left or the right.”

The debate’s format provides opportunities for candidates to ask each other questions, putting them on the spot and revealing how they relate to people and act under pressure, Fox said.

At the same time, leadership hopefuls will want to hit the more nuanced parts of their platforms and show how they plan to bring their promises to fruition, he said.

Ashton took a step in that direction late last week by releasing her tax plan aimed at stifling growing inequality in Canada.

The plan includes doubling the GST/HST tax credit, treating capital gains as income and raising taxes on the wealthiest Canadians.

On Monday Angus released an outline of his plan for affordable housing, including a $1-billion cash injection to build up to 15,000 new homes per year and ensure they are kept affordable for 25 years.

Another $1 billion would be put into supportive housing.

A Mainstreet Research poll released last week put Angus in the lead with Ashton close behind.

Tied in a distant third were Singh and Julian, who was still in the race at the time of the polling.

Some in the media believe Singh to be the frontrunner, pointing to his sustained scrutiny by other candidates who might see him as the biggest threat.

Over the weekend, Singh secured a strong endorsement from Burnaby-South MP Kennedy Stewart.

Stewart said Singh can grow the party, pointing to his “refreshing and gentle charm” and listening abilities as an asset in attracting strong candidates for the NDP effort in 2019.

After Friday’s poll put Singh in third place, he told the Georgia Straight newspaper in Vancouver he suspects interference in his campaign from a pro-India portion of the South Asian community.

Singh is often critical about human rights abuses in India and was denied a visa to the country in 2013.

He told the Straight he’s working to gather more proof that people in the community are being discouraged to support his campaign.

Beyond the polls, interim NDP national director and current president of the Douglas-Coldwell Foundation Karl Belanger said once the fundraising efforts from the second quarter are released, a clearer picture of who is doing well will emerge.

Belanger said the departure of Julian could serve as a turning point, because the polls will be less divided. 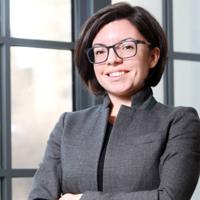 Where Julian’s supporters end up may make a difference in the race, he said.

“All these things will be clearer in a couple of days when we see the amount of money that’s going in,” he said. “It’s one of the key indicators of how your campaign is doing.”

He said “lines of contrast” started developing between candidates during the last debate.

A memorable moment was an exchange between Caron and Singh, where Caron accused Singh of adopting a Conservative policy by suggesting old age pensions should be income-tested rather than universal.

Belanger said a four-way debate would spotlight further differences between the candidates.

“I think that’s what people want to see,” he said.