British Columbia has had no information and privacy commissioner since Monday when the acting commissioner’s appointment expired.

“Obviously we’re concerned,” said Vincent Gogolek, the executive director of the Freedom of Information and Privacy Association advocacy group. “Hopefully the government will act quickly and make sure the office continues to function.”

The commissioner’s roles include settling disputes when people seek information from public bodies under the Freedom of Information and Protection of Privacy Act.

Gogolek said that with the vacancy, if the government is withholding a record someone has requested and is entitled to receive, “There’s nobody there to order them to hand it over.”

A special committee of the legislature has been seeking a new commissioner after Elizabeth Denham resigned a year ago to take a similar role in England.

On Thursday that committee reported that it had failed to come to a unanimous agreement on a new commissioner, and recommended that a new committee be appointed following the May 9 election.

But by the time the committee reported, McArthur’s term had already legally expired.

Under Section 39 of the Freedom of Information and Protection of Privacy Act, appointments of acting commissioners automatically end after the legislature has sat for 20 days. 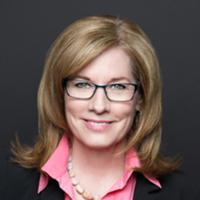 McArthur had been appointed by cabinet through an order in council signed on June 29, 2016. Last Monday was the 20th day the legislature has sat since the appointment.

“Your calculations are correct,” a spokesperson for the commissioner’s office wrote in an email responding to questions from The Tyee. “It’s our understanding that Acting Commissioner’s term expired on Monday, March 13... As to when a new Acting Commissioner will be appointed, as s. 39 notes, that is the responsibility of the Lieutenant Governor and Council.”

The spokesperson said the work of the office had not stopped and they expected McArthur to be reappointed via an order in council that would be effective Friday, March 17.

When The Tyee asked Sullivan Wednesday about the committee’s work, he said there was “no real deadline” and that it would “never happen” that the province would be without a commissioner.

Gogolek said the government needs to appoint an acting commissioner quickly. “In the meantime the rights of British Columbians are going to be affected,” he said.