A British Columbia government report about last year’s public consultation on enhancing the Canada Pension Plan categorized just one per cent of the submissions as being “of interest.”

Of the 2,486 emails the government received by Oct. 3 through the engagement process, about 20 were “considered to be more thoroughly researched or identified unique points,” the 10-page report said.

The bulk of submissions from the public instead followed common themes and appeared to have been prompted by interest groups, including the Canadian Labour Congress, Canadian Federation of Independent Business, Canadian Taxpayers Federation and the Canadian Association of Retired Persons, it said.

“There were 1,621 emails as of Oct. 3, 2016 in support of the enhancements,” the report said. “Of these, 842 emails were recognizable email templates originating from Canadian Labour Congress supporters.” There was also a “significant response” from Canadian Association of Retired Persons members across Canada supporting the plan, it said.

There were 764 emails expressing opposition to the enhancements, it said, including many from residents of other provinces. “Many contained identical or similar language meaning that this was likely suggested wording from a [Canadian Federation of Independent Business] letter-writing campaign.”

It also said, “The Canada [sic] Taxpayers Federation urged their supporters to send in feedback in opposition to the enhancements. Although there was no suggested language used in the feedback, most emails referred to the enhancements as a ‘tax’ or ‘tax grab.’”

Canada’s finance ministers agreed last June to the deal where the Canada Pension Plan will increase gradually over seven years to replace one-third of pensionable earnings, an increase from the current one-quarter. The increase is to be phased in over seven years, starting in 2019. 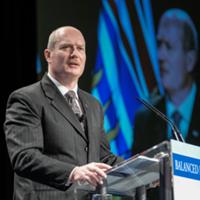 Once the change is fully implemented, a person making $55,000 per year would pay about $7 more a month, and employers would match that. In retirement, the person would receive about $4,300 more a year in pension.

The agreement required the approval of two-thirds of the provinces representing two-thirds of Canada’s population. Instead of signing the deal by the July deadline, the B.C. government launched the public consultation, a move the report said was applauded by opponents of the expansion plan and criticized by supporters.

Citing a two-to-one margin in favour of the plan, B.C. Finance Minister Mike de Jong announced in October that B.C. would join the deal.

The report, which is now available on the Finance Ministry’s website, said 66 per cent of submissions were supportive, 31 per cent were against the proposal and two per cent were unclear.

“Many spoke of the importance of the Canada Pension Plan and its continued importance for future generations,” it said. “The majority of people who submitted feedback supporting the enhancements were concerned with the amount of money seniors receive each month. Many felt it is not enough to survive, especially after the death of a spouse.

“Feedback was about current poverty among senior citizens, worry about younger generations having the spare income to save independently for retirement, and concern for seniors being forced to continue to work to survive.”

The report quoted someone who identified as a “young Canadian” saying many people no longer have workplace pensions and that many with jobs are struggling in poverty. "The last thing on their mind is retirement, and they surely aren’t able to afford small savings let alone an RRSP. These folks will need CPP more than ever. CPP will ensure that these folks are able to retire without fear of living in poverty.”

People opposed to the plan said it was a tax-hike that will financially strain Canadians, raise staffing costs and prevent people saving for retirement on their own, the report said.