In the midst of a national overdose crisis and in the final days of the fall parliamentary session, the Liberal government is introducing legislation to reduce illegal drugs coming into the country and nix a law passed by the Harper government that made it more difficult to set up safe injection sites.

Bill C-37 would effectively do away with the Respect for Communities Act (formerly known, and hated, by critics, as Bill C-2) while tightening rules on the purchase of commercial pill presses and changing border inspection measures to allow customs officers to investigate small packages weighing less than 30 grams that might contain fentanyl or other illicit drug ingredients.

Health Minister Jane Philpott made the announcement with Public Safety Minister Ralph Goodale late Monday after question period. Philpott said there will be “no quick reversal” of the opioid crisis but “swift action” is needed.

“It’s very clear there’s a public outcry in places like downtown Vancouver, where they’re seeing people dying every single day — that those communities are in desperate need for them,” she told reporters Monday. “In other communities there will have to be collaboration and co-operation within the appropriate levels of government and community agencies to be able to find out where those sites can be most appropriately placed.”

The NDP has been calling all year for the health minister to kill the Harper-era law. NDP health critic Don Davies has chided Philpott for not moving faster as the opioid crisis continues to claim lives, and said in a statement that it’s “a shame that it took over a year” to roll this out.

Meanwhile the Conservatives have claimed that ending the law will diminish community input into the establishment of safe injection sites. Conservative MPs have said for weeks that the minister should leave the law alone and instead focus on addiction treatment. In question period today Conservative health critic Colin Carrie asked if Philpott could “confirm that she will finally listen to communities and reverse her unilateral and dangerous plan?”

Critics — including B.C.’s provincial health officer Dr. Perry Kendall, who also sits on the Liberals’ marijuana task force — have complained the process to set up new sites is still too slow because of the Harper government law.

C-2 made the process more onerous by making applicants submit 26 additional consultation documents before the minister could consider approving a site — including letters from the local municipality, the police chief and the provincial health minister. The new bill would remove those 26 criteria and replace them with five from the Supreme Court’s 2011 ruling on Insite, including demonstrating a need for such a site to exist and that there has been appropriate community consultation.

Recent stats in Canada are hard to come by, except in British Columbia, where more than 600 people had died of overdoses this year by October.

Last week, B.C. opened a number of “overdose prevention sites” where staff can administer the life-saving drug naloxone in event of an overdose.

It would give provincial emergency health services and regional health authorities the ability to provide overdose prevention treatment on an emergency basis until the province’s public health emergency ends. 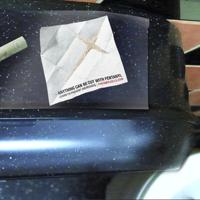 When a person overdoses on an opioid, like fentanyl or heroin, the drug prevents a user’s respiratory system from functioning. They stop breathing and die.

Staff at these sites have naloxone on hand, a drug which blocks the effect of overdoses, which have been becoming more common as more drugs are found to be contaminated with powerful opioids like fentanyl.

A study done at Insite found that 86 per cent of drugs that users brought in had tested positive for fentanyl.

Philpott said the new bill also grants the health minister the ability to reveal details about the number of injection site applications before the government and moves the lead on the Canadian drugs and substances strategy from the justice minister to the health minister.

Philpott is in front of the Parliamentary health committee Tuesday morning and will likely face a grilling over the new bill, but the government’s long-awaited marijuana task force report is more likely to stake centre stage in the news cycle.