Drug policy experts worry that the federal government’s efforts to limit access to chemicals used to make the deadly drug fentanyl will result in even more dangerous drugs on the streets.

The federal department hopes to reduce that by restricting access to six chemicals used to make fentanyl under the Controlled Drugs and Substances Act.

But Donald MacPherson, director of the Canadian Drug Policy Coalition, said making the chemicals used to make fentanyl harder to get could just lead to production of even more dangerous drugs.

“We’re caught in a vicious circle of having to further restrict dangerous things,” MacPherson said. “I just don’t think that drug prohibition in that sense has worked.”

History shows more dangerous drugs arrive with each crackdown, he said, pointing out that fentanyl wasn’t popular until Oxycontin was made harder to get.

MacPherson said people need access to safer drugs. Instead, he added, the restrictions could lead to more dangerous drugs once fentanyl becomes harder to produce.

Coquitlam-Port Coquitlam MP Ron McKinnon said he understands the concerns, but the fentanyl crisis needs to be addressed.

“If we can control the materials they use to make this stuff better, hopefully we can stem the tide of death that's happening out here and across the country,” McKinnon said.

The fentanyl crisis has become “critical,” the Liberal MP said, citing the overdose death of 16-year-old Gwynevere Staddon in a Starbucks washroom in suburban Port Moody earlier this month.

The bill, which the government supports, will give people amnesty from drug possession charges if they call 911 when someone has overdosed on drugs.

Last year 465 people in B.C. died of drug overdoses. By the end of July this year there had already been 433 deaths.

McKinnon said the new restrictions will make it harder to buy the materials used to make fentanyl and easier for authorities to track purchasers, giving them more power to make a “serious dent” in the networks trafficking the drug. 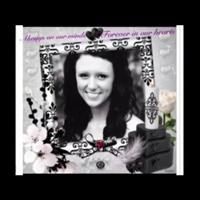 'Dangerous' Fentanyl a Public Health Emergency in BC, and Beyond

“People get into this drug and they don’t know they’re getting into it and it's powerful, certainly more powerful than they're obviously expecting,” he said. “We need to be able to stop the production and manufacturing of this drug if we can.”

MacPherson said the government could reduce overdose deaths by repealing the Respect for Communities Act passed by the Conservatives last June. The legislation makes it harder to open safe injection sites in Canada by imposing more stringent requirements.

McKinnon said safe injection sites are an important part of fighting overdoses and agreed “another hard look” at the Respect for Communities Act is worthwhile.