Cullen, whose Skeena-Bulkley Valley riding includes Bella Bella, the closest community to the spill, said it highlights the need for the Liberal government to implement a promised moratorium on oil tankers on the province's north coast.

The tugboat grounding is “another warning of what could happen when Ottawa is not paying attention to coastal safety,” Cullen said.

The tug, the Nathan E. Stewart, was travelling south from Alaska pushing an empty fuel barge when it slammed into rocks near Athlone Island last Thursday. It was carrying 59,000 gallons of diesel fuel, and more than 50,000 gallons may have leaked into the ocean.

Cullen said elders from local First Nations have been arriving in tears at the band office, concerned about the tens of thousands of litres of diesel fuel leaking from the vessel. Indigenous communities rely on a clam bed in the area of the spill and also harvest herring and salmon.

Cullen also questioned why the tug was allowed to carry so much fuel while travelling through inner coastal waters without a pilot.

Regulations require vessels carrying large amounts of fuel while moving a barge to travel an outside route, bypassing channels through coastal islands, unless severe weather is a threat, Cullen said. If they use the inner passage, they are required to have a pilot with local knowledge, he said.

The tug was carrying just less than the maximum amount of fuel allowed without a pilot when it ran aground using a passage between islands, Cullen said.

The incident suggests operators can choose to travel with less fuel in order to use the inside passage, Cullen said.

“What are the risks of other vessels operating under this exact clause and how do we stop it?” Cullen said. “Tell us why the loophole exists in the first place.”

B.C. Premier Christy Clark, facing criticism for the province’s response to the spill, has lashed out at Ottawa and blamed the federal government for the poor response.

Cullen said the government has failed to deliver on a promised tanker ban on the North Coast. 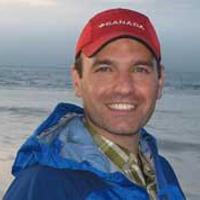 But almost a year after the Liberals were elected, the moratorium hasn’t been implemented.

Cullen said Ottawa has been conducting lengthy consultations. The lack of action betrays voters who supported the Liberals because of the promised tanker ban, he added.

“It just seems to be constipation through consultation,” he said. “At some point these guys have to do something.”