Education Minister Mike Bernier had every right to fire the Vancouver School Board and replace the elected representatives with an appointed trustee, according to expert observers.

“The school boards are creatures of the provincial government, that’s what the constitution says,” said Jason Ellis, assistant professor of educational studies at the University of British Columbia. “There’s no requirement to have a school board.”

It’s not unprecedented — the Vancouver board is the fifth to be fired in B.C., and the third under Premier Christy Clark.

But some Vancouver parents who voted the nine school trustees into office in 2014 feel Bernier’s action undermines democracy.

“The teeth to compel the trustees to work within the budget that’s forced on them... was added in by the BC Liberals, specifically to deal with troublesome school boards that are argumentative when it comes to the policy that the BC Liberals want to see put in place,” said Morgane Oger, president of the Vancouver District Parent Advisory Council.

Andrea Sinclair, co-founder of the Parental Advisory Network, said she voted for trustees that she believed had Vancouver families and kids’ best interests at heart. Now she doesn’t know if the loyalties of former Delta school superintendent Dianne Turner, the government-appointed trustee, lie with families and students or the provincial government.

“Is [Turner] going to push back to Bernier the way our board has?” she asked.

Bernier’s announcement that he was firing the board came even though Vision Vancouver trustees had promised to finally pass a balanced budget Monday evening.

Last April, all four Vision trustees and Green Party trustee Janet Fraser voted against a proposed budget that called for $21 million in cuts to meet the provincial government’s mandate. The four Non-Partisan Association trustees voted to pass the budget.

Turner, now as the sole trustee, was appointed chief educator for the Ministry of Education earlier this summer. She has the same rights and responsibilities as the board she’s replacing — including the ability to order school closures, which could happen to partially offset the anticipated $15-million deficit in the 2017/18 budget.

Scott Clark, executive director of the Aboriginal Life in Vancouver Enhancement Society (ALIVE), which advocated to keep the Indigenous community connected Britannia Secondary School off the board’s chopping block earlier this year, says the impact on vulnerable students and families would be “devastating” should Turner decide to close schools.

“I suspect there’s going to be a strong reaction from the community if that’s the direction they’re going to go into,” he said.

UBC’s Ellis finds it “peculiar” that school district underfunding has been used as a framing for the firing of the Vancouver trustees. “There’s no objective level of funding that constitutes appropriate or under- or over-funding” of education, he said.

But Clark, Oger, and Sinclair — who all have children in district schools — disagree.

“I think most people would agree the school system is underfunded if you look at 2002 dollars versus 2016 dollars,” said Sinclair. “If you just look at parent stories of what is gone, what is broken, what is not fixed, what is not seismically upgraded.” 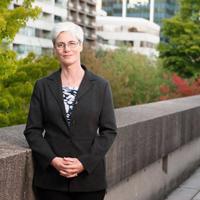 Despite many attempts, she added, only one of four NPA trustees, Christopher Richardson, met with her since she became council chair six months ago. All four Vision Vancouver and the one Green Party trustees did meet with her, said Oger, who is seeking the NDP nomination in Vancouver-False Creek.

Bur ALIVE’s Clark sees little evidence the New Democratic Party is any more aligned with B.C. parents than the current Liberal government. “The NDP has been failing us for years, because they will not stand up to these issues either,” he said.

Clark hopes some of the fired trustees — Green Party trustee Janet Fraser and Vision Vancouver trustees Patti Bacchus and Mike Lombardi — will use their new freedom to run for provincial office next May and make public education an election issue.