Crude oil spills from pipelines regulated by the British Columbia Oil and Gas Commission appear to have been increasing over the past five years, says NDP energy and mines critic Doug Donaldson.

“We know there’s risk in moving oil,” Donaldson said. “The trend does appear to be edging upwards, which is always a concern.”

There were seven spills in 2015 from the 2,489 kilometres of crude oil pipeline under the commission’s jurisdiction, according to a summary report quietly released earlier in the summer. That was the same number of spills as in 2014, but up from four in 2013, six in 2012 and three in 2011.

“The industry story is that safety is getting better and better, and the data don’t bear that out,” he said.

Companies are under pressure to deliver returns to shareholders, he said. “Inevitably that leads to corners being cut.”

With oil and gas prices low, the priority can be for companies to expand their networks, he said. “Often that’s at the expense of maintenance and oversight.”

The oil and gas commission regulates the majority of the province’s pipelines, but isn’t responsible for pipelines that cross a provincial or national border. The existing Kinder Morgan Trans Mountain Pipeline, which the company is seeking approval to twin, is therefore not included in the figures.

A commission spokesperson said the largest crude oil pipeline under the commission’s jurisdiction runs about 600 kilometres from Taylor in northeast B.C. to Kamloops and is owned by Plateau Pipeline Ltd., a subsidiary of Pembina Pipeline Corp.

The commission also regulates several crude oil gathering lines in the northeast that connect wells to a collection facility and to a tank farm in Taylor, the spokesperson said, as well as pipelines serving other areas producing crude oil and condensate.

No details on size of spills

The summary report does not specify where the incidents occurred or how much oil was spilled. The commission spokesman said he could not immediately provide the incident reports with those details.

The commission normally shows the location of spills on an incident map on its website, similar to the one the National Energy Board provides for pipelines under its jurisdiction, but the map is currently unavailable.

The spokesperson said it was taken down at the end of June for maintenance and is expected to be back up, with improvements, by the end of the year. 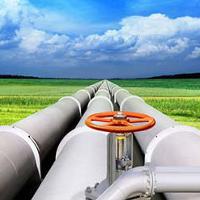 The commission is responsible for 43,584 kilometres of pipeline, almost half of them for natural gas. It reported 45 incidents in 2015, including 31 that involved a release of gas or spill of liquids. The majority of incidents — 25 — were caused by metal loss, such as corrosion that reduced the thickness of pipeline walls.

Since 2010 pipeline operators have had to report all incidents that might affect the integrity of a pipeline, even if they did not involve a spill, the spokesperson said. “Pipeline safety is continually improving,” he said. “The number of incidents varies year to year.”

A group within the commission is dedicated to “evaluating and ensuring companies successfully maintain all of their assets in an effort to reduce the number of incidents,” he said.

The commission’s report says it makes sure any spill is “completely cleaned up and remediated by the company” and problems fixed before the pipeline returns to operation, it said. “An investigation takes place into every incident to help ensure it does not happen again.”

Donaldson said moving oil comes with risk and it’s the government’s job to find the balance between building the economy and protecting the environment. “There’s little confidence in the current Christy Clark government in getting that balance right,” he said.

Citing the Mount Polley disaster, where a dam failed and released some 25 million cubic metres of wastewater and tailings from the Imperial Metals mine 56 kilometres northeast of Williams Lake, Donaldson said he lacks confidence in the government’s record overseeing major industrial projects in the province.

Even the most modern pipeline can develop problems over a lifespan of 30 or 50 years, he said. “There are still going to be issues with aging infrastructure,” he said. “Nothing will remain 100 per cent forever.”