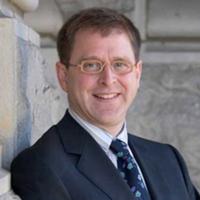 In a joint statement with the B.C. government, married researchers Rebecca and Bill Warburton acknowledged "that they did breach some rules and procedures" and the province recognized "that such breaches were motivated by their intention to further the research goals of the Ministry of Health, and not for their own personal gain."

In a separate emailed statement, Rebecca Warburton said, "We have been exonerated and our reputations for acting honourably and in the public interest have been restored. It is clear from both the joint statement and the size of the cash settlement that the government shares our view."

Her statement did not specify a dollar value for the settlement, which is not mentioned in the joint statement, and she would not reveal the amount when later reached for comment.

Rebecca Warburton is a University of Victoria associate professor in the school of public administration that was cross-appointed to the health ministry as a co-director of research and evidence development in the pharmaceutical services division.

She and six others were fired from the ministry in September 2012. The government never specified why the seven were fired, but the health minister at the time, Margaret MacDiarmid, said it had to do with contracts, potential conflicts of interest and data management. The situation was serious enough that the government had notified the RCMP, MacDiarmid said.

Bill Warburton held a $1-a-year contract that gave him access to government health data to use in his research. The government cancelled the contract at the time of the firings.

Since the firings the government has backtracked, previously settling wrongful dismissal and defamation lawsuits with three of the people who were fired, and even welcoming two of them back to work at the ministry.

The RCMP has said it never received enough information from the government to warrant an investigation.

The government has apologized for the handling of some of the firings, including to the family of Roderick MacIsaac, a co-op student who committed suicide a few months after being fired from his health ministry position.

The joint statement between the Warburtons and the government, released by deputy attorney general Richard Fyfe, said the province recognized there were flaws in the investigation that led to the firings and noted they had been identified in a report by lawyer Marcia McNeil released in December 2014.

The Warburtons are both welcome to apply for access to health data for research purposes or to participate in contracts involving the health ministry and will be treated like any other applicant, the statement said.

The statement also made reference to an ongoing investigation by ombudsperson Jay Chalke's office. "The Province is confident and the Warburtons are hopeful that the process being undertaken by the ombudsperson will provide the public with a thorough review of what occurred in relation to the health-research investigation and firings," it said.

They anticipate resuming their work with the government in the public interest to protect people's health, the statement said.

Attorney General Suzanne Anton said in a prepared statement, "I recognize and share the public's desire to fully understand what took place in regard to the health-research investigation and firings. My staff are working with the Office of the Ombudsperson to ensure it has the tools it needs and access to all documentation and records in order to conduct a thorough and effective investigation."

The government has "admitted to misconduct and wrongdoing" in the cases, he said. "The government's actions had a huge cost for the individuals involved, and damaged health research in our province," he said.

"Hopefully Bill and Rebecca can now fully return to their extraordinary work which benefits the lives and health outcomes of children, youth and adult British Columbians."

Two former health ministry employees who were members of the BC Government and Service Employees Union went through a grievance procedure following the firings, but did not receive their jobs back or any settlement.