Canada's new trade minister has sitting on her desk the sweeping Trans-Pacific Partnership, a deal some say will accelerate the gap between rich and poor by protecting corporations' interests over those of workers and governments. 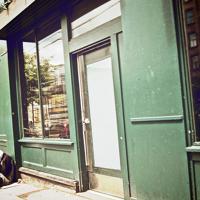 The winners, say high profile critics, will be captains of global finance and others already so moneyed they've earned the moniker plutocrats.

That's a class of people Trade Minister Chrystia Freeland knows extremely well. Plutocrats is the title she gave her 2012 book about how they are sucking up riches for themselves as income inequality grows. Freeland takes readers into the world of the super-rich, who play by different rules and lead opulent and vastly different lives than the rest of the human race.

The former reporter for the Financial Times goes at the wealthy and powerful hard, pointing out how their success is coinciding with the destruction of "everyone else."

That puts Freeland in an interesting position, to say the least, as she mulls whether and how to manage passing the TPP, which was negotiated in secret by the recently ousted Conservative government, but endorsed by Liberal Prime Minister Justin Trudeau during the election.

Freeland must be aware of criticism, coming from a range of respected sources, that the TPP will widen the wealth gap in developing countries as well as the U.S. and Canada.

"If the Trans-Pacific Partnership is enacted," Robert Reich, secretary of labor in the Clinton administration, has warned, "big corporations, Wall Street, and their top executives and shareholders will make out like bandits. Who will the bandits be stealing from? The rest of us."

Foreign Policy magazine published a piece in July arguing the TPP is harmful to developing economies, including inhibiting their ability to use state-owned enterprises to boost some sectors of their economies.

And Robert E. Scott, director of trade and manufacturing at the Washington, D.C.-based Economic Policy Institute, told The Tyee the TPP will increase the wealth gap in the West as more jobs are outsourced.

The profits from such moves only go to those who own stock in the companies sending their labour elsewhere, Scott said.

He said international trade deals pitting western workers against low-wage labour abroad has forced millions of Americans into unemployment or in jobs making smaller wages. The TPP will only increase the trend, he said.

"Even if trade were balanced we stand to lose the good jobs," he said of the United States. "Manufacturing pays more than alternative jobs in the economy."

The deal will increase the current $150 billion trade deficit the U.S. already has with TPP nations rather than shrink it, he argues. The impact will be harder if China and South Korea join in the future.

"The TPP will only continue the failed trade policies of the past that have valued corporate profits, wherever obtained, over the interests of job and opportunity creation here at home. The USW will put every effort into defeating the TPP," said the international union in a release.

In Plutocrats, Freeland seems to agree with that analysis.

"Both globalization and technology have led to the rapid obsolescence of many jobs in the West; they've put western workers in direct competition with low-paid workers in poorer countries; and they've generally had a punishing impact on those without the intellect, education, luck or chutzpah to profit from them."

In 2013 Freeland gave a Ted Talk in Scotland about the problem of the income gap growing not just in the West, but all over the world. (You can join 1.6 million others in watching it here.)

Near the beginning of her speech, Freeland points out Warren Buffett and Bill Gates have as much wealth combined as the bottom 40 per cent of the United States.

"We're living in the age of surging income inequality, especially at the top," she told the Ted crowd. "What's driving it and what can we do about it?"

Freeland blames privatization, anti-union legislation and deregulation as some of the reasons wealth has been bleeding to the top and creating a new aristocracy.

"A lot of these political factors can be broadly lumped under the category of crony capitalism -- political changes that benefit a group of well-connected insiders but don't actually do much good for the rest of us," she said. "In practice getting rid of crony capitalism is incredibly difficult."

She pointed to how hard it has been to tweak banking regulations after the 2008 crisis, or getting companies to pay as much tax as members of the public. These issues unite both the left and right, she said.

Helping out that crony capitalism are globalization and technology, which can make people extremely rich quickly. But that's not enough for the new super-rich, she said.

"Once you have the tremendous economic power that we're seeing at the very, very top of the income distribution and the political power that inevitably entails it, it becomes tempting as well to start trying to change the rules of the game in your own favour," she said.

"It's what the Russian oligarchs did in creating the sale of the century privatization of Russia's natural resources. It's one way of describing what happened with deregulation of financial services in the U.S. and the U.K."

That kind of power is leading to the hollowing out of the middle class in the West as the wealthy lean on governments for legislation that helps them become richer, she said, which has led to the offshoring of western jobs enabled by trade deals.

Hearing from the mega-rich

If Freeland still holds such concerns, none of them are on display in how the Liberal government is characterizing the TPP.

"The elimination and reduction of tariffs offer the prospect of new and enhanced market access opportunities for Canadian producers, manufacturers and processors," said the Global Affairs Canada website Friday. "Preferential access to foreign markets through tariff liberalization will make Canadian goods more competitive in those markets."

Scott cautions he's seen politicians in the past change their tune once they are given the direction of their political overlords.

And no one could mistake Freeland's Plutocrats for a radical call to arms against capitalism, which she had said is "the best prosperity-creating system humanity has come up with so far" if in need of "retooling." In her book, she musters admiration for those cornering so much of the world's wealth, finding them to be "hardworking, highly educated, jet-setting meritocrats who feel they are the deserving winners of a tough, worldwide economic competition." But the rich, she reminds, truly are different from the rest. They "have an ambivalent attitude toward those of us who haven't succeeded quite so spectacularly."

That's apparent in the views some plutocrats shared with Freeland. As a Guardian review of her book noted:

"'I think the ultra-wealthy actually have an insufficient influence,' says one billionaire Republican donor. Another says taxes should be virtually abolished, arguing that the government should pay the likes of Bill Gates and Steve Jobs for their contributions to society. 'It's that top one per cent that probably contributes more to making the world a better place than the 99 per cent,' he concludes outrageously."

The Tyee sought comment from Freeland on whether she and her government intend to promote, change or scuttle the TPP. No response yet, but if she does grant an interview, we will ask her, in addition, to give her take on the treaty in the context of her book.

In the meantime, here is a quote from the conclusion of Plutocrats that would seem relevant:

"Trying to slant the rules of the game in your favour isn't an aberration, it is what all businesses seek to do. The difference isn't between having virtuous and villainous business people, it is about whether your society has the right rules and policing able to enforce them."