In recent weeks I've had the chance to talk at launches in Victoria and Vancouver about economic inequality and my bestselling book A Better Place on Earth: The Search for Fairness in Super Unequal British Columbia. 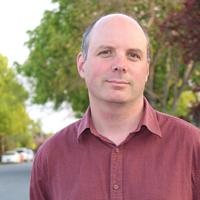 There's been attention from Global News, the Vancouver Sun, CBC radio, CKNW and other media outlets. B.C. Booklook said I should be gagged for spreading "malicious truths."

Following are seven key facts I think you should know about the growing gap between rich and poor in B.C. and elsewhere:

1. Inequality has been rising for three decades: Anyone in a city in British Columbia is well aware that while some people have wealth counted in the billions of dollars, others sleep in doorways and eat from food banks. What we know from experience is borne out by statistics, which show that inequality has grown in Canada, like in much of the economically developed world, since the 1980s. In B.C. the gap has grown even faster, with inequality spiking from below the Canadian average to well above it in the early 2000s. The top 10 per cent now hold 56.2 per cent of the wealth in the province, the biggest share anywhere in Canada.

2. High inequality has many consequences: Research from around the world shows that greater inequality is associated with all kinds of negatives, including worse health outcomes, poorer education, more teen pregnancy, greater substance abuse, higher rates of mental illness and higher levels of incarceration. It is also linked to reduced opportunity, where children are likely to be stuck in the same income bracket as their parents. Inequality makes economies weaker, since many people in the bottom and middle tiers lack buying power. It is frequently cited by economists as a key reason why the recovery from the 2008 financial crisis has been so lacklustre. We're all affected.

4. There are many reasons why the gap has widened: While incomes for the very top earners have ballooned, pay for people at the bottom has stagnated or even declined. Minimum wages and welfare rates have been virtually frozen. The number of people who are self-employed and underemployed has grown, and the number of workers belonging to unions has decreased. At the same time, federal and provincial governments have focussed on cutting taxes and gutting services, doing less than they did in the past to narrow the gap.

5. Jobs and a growing economy are not enough: Politicians promise "jobs, jobs, jobs" and suggest that growing the economy will provide people with a path out of poverty. The pitch is attractive, but sadly it's not how things have worked out in the past. Inequality has, in fact, risen in B.C. and Canada even through economic boom years. When times have been good, the spoils have tended to flow up to those who are already rich rather than trickle down to the poor. Nor have those in the middle seen their share. Large numbers of people are left out of the workforce and many of the jobs that do exist are too unstable or too poorly paid for families to build a life. Jobs are important, but quality matters, and more supports are needed.

6. Reducing inequality is simple: Researchers argue that when it comes to addressing inequality, the method is less important than the end result. Countries where pre-tax incomes are relatively close have similar outcomes to ones that correct big gaps through taxing the wealthy and sharing with those in need. Anything that reins in incomes at the top, raises them at the bottom and strengthens the middle will help. And there are countless options available to decision makers, including introducing a guaranteed liveable income, increasing support for childcare, creating more non-market housing, strengthening employment standards, distributing money to people who don't have much and taxing inheritances. Each option has pros and cons, and we need to have a public discussion about which paths to try.

7. Government is never neutral: Some argue that in taking steps to reduce inequality, governments would be picking winners and losers. The thing is, governments already do that. The people sitting on billions today ended up where they are thanks to public policies that allowed that to happen. New policies like income splitting and expanding the Tax Free Savings Account contribution limits allow the gap to grow. Every policy a government introduces, or that a party includes in its election platform, needs to be assessed on the basis of whether it makes us a more equal society, or less. It's not about taxing and spending more, but how and what we tax, as well as what we spend it on. There's nothing natural or inevitable about the gap we have now. We are at a critical juncture where we can make different choices that will be better for all of us.