Concerns voiced by Jim Balsillie over the massive Trans-Pacific Partnership treaty have intensified scrutiny of the pact's intellectual-property provisions -- and whether they represent a bad deal for Canada. 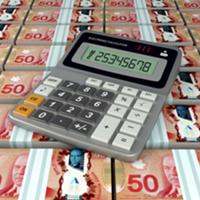 The former co-chief executive of Research in Motion fired off warnings this week about the final text of the 12-country agreement, a deal reached after years of mostly secret negotiations.

Balsillie's TPP criticisms zeroed in on intellectual-property rules that he says would favour the more-dominant United States and its companies that already own ideas. These conditions, he added, would harm emerging entrepreneurs in the business of innovation from smaller countries like Canada.

Over time, he believes the standards could cost Canada billions of dollars in lost prosperity in the growing innovation segment of the economy -- which, he argues, could make signing the deal Canada's worst-ever policy decision.

Handing US the advantage

Balsillie is not alone in his concern.

A week after the text's release to the public, more and more experts have pored over its fine print, and some have found problematic elements rolled into the deal's chapter on intellectual property.

Michael Geist, a law professor who specializes in intellectual property, agrees the TPP's copyright provisions could prove costly for Canadian companies, particularly when it comes to lost opportunities.

Geist called the treaty's intellectual-property standards a "failure" and said their impact could be significant because they would govern the increasingly important innovation share of Canada's economy.

"What we're fundamentally talking about is establishing the rules of the road for virtually all Canadian business, for the Canadian economy and for much of the global economy for years and decades to come," said Geist, who holds the Canada Research Chair in Internet and E-commerce Law at the University of Ottawa.

"Those who set the rules for those industries put themselves at a competitive advantage and in this instance it's quite clearly the United States."

With a new federal government now in charge, Balsillie's assessment comes at a critical time for Canada's future in the TPP, a wide-ranging pact expected to benefit other Canadian sectors, from agriculture to auto parts.

The Trudeau government is reviewing the deal as it determines whether to support an agreement negotiated -- and committed to -- by their Conservative predecessors.

Copyright expert Ariel Katz said American influence in the intellectual property system would give U.S. companies an edge because net exporters of technologies would generate cash from everyone else.

In addition, Katz said those costs and the protected ideas themselves would make it more difficult for other companies, such as Canadian firms, to develop their own technologies.

Katz, an associate law professor, also warned that ratifying the TPP would lock Canada into a deal that could not be modified, even if issues surface down the road.

"Why would anyone in his right mind want to do that?" said Katz, who holds the Innovation Chair in Electronic Commerce at the University of Toronto.

On top of that, he said the investor state dispute mechanisms in the TPP would essentially give foreign companies the right to proceed with lawsuits against the federal government in foreign courts, even if the Supreme Court of Canada rules against them.

But not everyone agrees that TPP would present significant problems for intellectual property in Canada.

"Generally speaking, I don't think that the TPP requires us to do very much that we're not already doing," said Nathaniel Lipkus, an intellectual-property lawyer with Osler in Toronto.

"We couldn't identify anything that was unambiguously good or bad about it."

Lipkus said the pact would level the playing field when it comes to intellectual property, which could encourage foreign companies to do business in Canada, where the rules would become more familiar to them.

He said there will be winners and losers, but he believes success will hinge more on how firms run their businesses rather than whether new intellectual-property rules were in their favour.

The fingerprints of some made-in-Canada policies are also evident in the chapter on intellectual property, Lipkus added.

Several of the experts noted that the treaty would continue to allow Canada to keep its policy that permits copyright holders to notify people who infringe on their rights by contacting them through their internet service provider.

But Geist added that many intellectual-property policy decisions made in Canada, following agonizing years of public processes, would be changed by ratifying TPP.

"When you agree to rules that haven't been rules that reflected your own domestic debate and policy development, often times you put yourself at a disadvantage,'' Geist said.

"I think it represents a real failure... It's a failure for the future."

The new Liberal government has yet to say whether it will support TPP in its current form or whether it's prepared to walk away from it.

Earlier this week, Balsillie warned that wealth generated by Canadian innovators -- as measured by multi-factor productivity -- has been stagnant for decades because federal governments have failed to help create a structure to allow these entrepreneurs to flourish.

Balsillie said it has also prevented the Canadian economy from earning hundreds of billions over the years -- losses that would be exacerbated by the TPP.