One of the key strategies that propelled Barack Obama into the White House in 2008 quietly played a role in Canada's recent federal election, both inside and outside the parties.

It's called the "Snowflake" organizing model, and it influenced how Canada's largest private sector union, Unifor, used campaign software to mobilize rank-and-file members during the election. It was also used by third-party voter engagement groups such as Leadnow and Dogwood Initiative, and even some New Democrat campaigns.

Developed by Marshall Ganz, a senior lecturer at Harvard's Kennedy School of Government, the approach finds a middle ground between business management theories that encourage team leadership instead of top-down governance, and the more grassroots, decentralized activism of historic American social and labour movements.

"It's a way of cascading leadership outward from a core," said Ganz, now 72, in a phone interview. "If you draw a picture of it, it sort of looks like a snowflake."

One of the groups that used Ganz's innovative approach in Canada was the Dogwood Initiative, a B.C. nonprofit in favour of local control over natural resource decisions. During the election, it rallied voters hoping to protect the coast from oil tankers and pipelines. Such goals led the organization to choose tactics that reflected its grassroots message.

Join cStreet Campaigns this Saturday for a one-day Tyee Master Class on running and winning campaigns with NationBuilder. This powerful online platform is designed for to help you engage with your community online, and build the power you need to win.

Celine Trojand, Dogwood's organizing director, said the group adapted the Snowflake model by recruiting teams of local volunteers across the province and training them "heavily for the last couple years" to take leadership roles, both in organizing others to get out the vote and deciding how to go about that locally.

Trojand credits the strategy with a significant increase in voter turnout in B.C. coastal ridings, where oil tankers and pipelines were significant issues. "I'm a total Ganz nerd," she said.

In early 2013, Trojand travelled to the U.S. to receive training in how to use the model. Later that year, she met with Obama's own field director, Jeremy Bird, to discuss adapting the strategy to Canada, and soon she and others interested in importing the idea brought trainers to B.C.

"We've made our own B.C.-grown material drawing from Marshall Ganz's work," she said. "It involves letting go of the reins quite a bit. In a traditional nonprofit framework, that's very difficult because we're used to top-down hierarchy."

According to Trojand, during the last B.C. election in 2013 -- after she'd taken her first Snowflake training -- Dogwood started out with two grassroots organizers and herself using the strategy. In this federal election, that number grew to more than 850 people.

Much of the work involved directly phoning voters to get out the vote in the lead-up to Election Day. By the end, Trojand said her cadre had cranked out 42,000 live conversations. But because small local teams were calling the shots as per the Snowflake approach, their tactics varied from riding to riding.

The secret to recruiting so many people was building long-term relationships well before the writ dropped and genuinely empowering the local teams in the organization to decide how they'd use their training and tools, she said. The approach attracted a surprisingly broad array of volunteers, she said.

Dogwood pioneered that now-widespread use of the NationBuilder platform, according to cStreet Campaigns president Josh Stuart, who specializes in training organizations to use the software.

Unifor, a union boasting more than 300,000 members nation-wide, also used the Snowflake-inspired NationBuilder hack to engage its rank-and-file activists in advocacy during the federal campaign.

"The core belief of the Ganz Snowflake model is about empowering local activists to take ownership of campaigns, and allowing them to make decisions on the ground -- unlike the top-down model that some other unions take," said John Aman, Unifor's national director of organizing.

End of 'one alpha on top'

Marshall Ganz has more than a passing connection to Canada. In the 1960s, he cut his teeth as a United Farm Workers union staffer during the California farmworker strike, and starting in 1968 lived in Toronto and Montreal on and off, coordinating the union's international grape boycott.

He said that experience -- seeing how Canada's labour movement organizing compared to the U.S. -- was "inspirational" and a "school" for his later thinking, particularly when he and Harvard psychologist Ruth Wageman designed a system for the U.S. Sierra Club to more effectively coordinate its local volunteers across the country.

But Ganz gained the most prominence when he was hired to devise the organizing strategy and local trainings for Obama's history-making presidential race.

"That was when we had a chance to really try this [model] at scale," he recalled. "It was seen to be a much better way to organize things than the 'one alpha on top tells everybody what to do' model or the structureless model."

The Snowflake is about enabling people to work together to achieve a shared purpose, he said. "It's not about marketing products like a lot of the electoral work has become, [such as] how do you sell the candidate? That's not what this is about. It's about actually enabling people to come together, decide what they want and fight to get it."

Ganz insisted he's no expert on Canadian politics, but said this election's win for the Liberals offers a major chance for social movements, unions and organizations to push for broad changes even beyond what the party promised.

But to successfully hold the new government to account and advance causes between elections takes smarts and strategy, he said. "When the opportunities come for growth and development and deepening, you really have to take them."

More to model than 'just tactics'

But how does such a decentralized model work when the goal -- a party or candidate winning an election, for example -- is by nature centralized and narrowly defined?

For Ganz, the Snowflake idea isn't just a more democratic approach. He said there's ample evidence that decentralizing leadership is also more efficient at producing success, whether in politics or business.

"The presumption that having one person who tells everybody else what to do is somehow efficient flies in the face of enormous evidence, even in the private sector," he said. "In the case of producing widgets on an assembly line, that old model is problematic. It destroyed motivation, it wasted human resources, and was incapable of dealing with either opportunities or problems. Things would just be ignored and grind on."

According to Trojand, there's a common misconception that Snowflake organizing is only about door-knocking. The idea is to empower volunteers to tell their own stories and why they're part of the campaign, and not to defer to centralized powers or talking points. 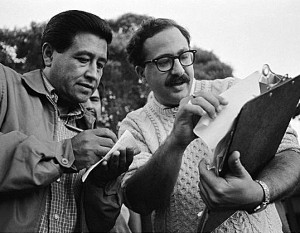 "People say, 'The Ganz model is story-telling or canvassing,' but there's more to the model than just the tactics," she said. "It actually wasn't designed to be an electoral tool. People sometimes lose sight of that -- the model comes from grassroots movements, groups of oppressed people who affected change."

There are, of course, other organizing models. The low-income advocacy group Association of Community Organizations for Reform Now (ACORN) developed one that pre-dated the Snowflake. Founded in the U.S. in 1970 but disbanded in 2010, ACORN's surviving northern counterpart today claims more than 70,000 members in nine Canadian cities.

The ACORN model is far more decentralized than its Snowflake counterpart, in that its agenda and issues are dictated from the local level up, chosen by dues-paying low-income members. Rather than canvassing for support on predetermined campaigns, ACORN members knock on doors to find out what issues are most important to people in their area and plan campaigns around those issues.

"There are definitely similarities," said ACORN Canada's executive director Judy Duncan, "but a lot of the recent dialogue I've seen on the Snowflake model seems to just look at getting out the vote. That's really important to making democracy work, but it's very important that it happen between election cycles, too."

Some decisions can't be decentralized: Trojand

Even for non-partisan advocates such as Dogwood, applying the model during the election raised tensions that were at times a struggle, Trojand said. For one, being registered as a third-party advertiser and following strict election rules meant some decisions simply couldn't be decentralized. Another challenge in a fast-paced campaign is speed, she said.

Now that the election is over, Dogwood is shifting its own organizing gears back to everyday citizen engagement. That's proven to be a challenge with the Snowflake model, which Trojand said seems to work best if there is enough money to pay organizing staff.

"An election campaign brings out so much energy and so many people at the last minute," she said. "The toughest time applying this model to organizing is when the story isn't hot."

That presents a potential future challenge for Dogwood, she said. "We don't exist to run an election campaign and then disappear and come back four years later. We exist to actually change the way decisions are made in B.C., and to engage British Columbians."

There's evidence that the national parties adopted aspects Ganz's model this election, but interviews with NDP and Liberal spokespeople were not granted. Still, as political organizers get smarter and more strategic both between and during future elections -- whether or not Canadians realize it -- imported variations of the Snowflake model are likely here to stay.

For Trojand, at least, the northern experiment with Ganz's ideas in the federal campaign paid off. "The big learning is that it works."