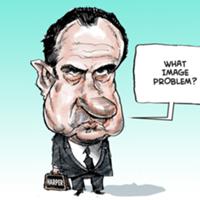 Sixteen years later, she's now been deployed to Ottawa as the head of a six-person mission from the Organization for Security and Economic Co-operation in Europe (OSCE) to watch over Canada's election on Monday.

Roberts insisted the observers are not here to investigate Canada, an OSCE member, for any wrongdoing, and she's only here at the federal government's invitation.

"We're looking more at the systemic issues," Roberts said, particularly changes brought in by last year's Fair Elections Act and turnout by minorities and women. "That's what we're here to look at: the range of different legislative changes that took place… and looking at how that's working out in practice."

The legislation, passed last year, has raised concerns from non-governmental organizations and opposition parties. After a previous OSCE assessment team met with the government and its critics this May, the team decided an election observer mission was warranted.

"It's quite a positive thing there's international scrutiny of what's going on in our election," said B.C. Civil Liberties Association's executive director Josh Paterson, particularly after voters at advanced polls across the country reported hours-long line-ups.

Paterson said he was twice told incorrect identification rules by Elections Canada staff that would have stopped him from voting if he hadn't successfully challenged them.

Election observation 'should be a norm'

Roberts said it's routine for the OSCE to send observers to member states, including the U.S. It's the organization's second such mission to Canada, the first in January 2006. The visit doesn't mean there's anything wrong with Canada's voting system, Roberts emphasized.

"In any election process, there is always room for improvement," she said.

For Max Cameron, director of the University of B.C.-based Centre for the Study of Democratic Institutions, the mission is welcome from an organization that's "highly respected" worldwide as a "pioneer" of election monitoring.

Cameron said the observers are particularly needed after last year's passage of the Fair Election Act, which tightened rules around what identification voters need to participate, among other reforms.

After a public backlash, some of the more controversial aspects of the bill -- such as restrictions on the Chief Elections Officer's authority -- were scaled back but still failed to satisfy critics. Still, Cameron said the law that eventually passed was "not a step in the right direction," because it makes it more difficult rather than easier for people to cast ballots.

Paterson agreed, and said he fears the new law "has resulted in the potential disenfranchisement of many people, particularly vulnerable people who may not have the requisite forms of identification now required."

According to the department of Foreign Affairs, Trade and Development, Canada frequently contributes to the OSCE's election observation missions abroad because "electoral observation is a key tool to reinforce democratic principles."

In an emailed statement, spokesman François Lasalle confirmed the Canadian government had invited the current team. "Canada routinely invites the OSCE to monitor its federal elections as part of its OSCE commitments to hold free, fair, universal, equal, transparent and accountable elections."

Steven Shrybman, a lawyer with Ottawa's Sack Goldblatt Mitchell, met this week with members of the visiting team. Last June, he launched a constitutional challenge to the Fair Elections Act on behalf of the Council of Canadians and Canadian Federation of Students.

It failed to secure an injunction against the application of the act's rules until after Oct. 19, but Shrybman said the case is ongoing and awaiting federal submissions next month.

Shrybman said criticism of Elections Canada, including blame for long line-ups and the enforcement of new rules, is misplaced, and less worrying than the type of dirty tricks seen in 2011, such as thousands of misleading robocalls sent to non-Conservative voters in roughly two-thirds of the country's ridings.

Those led to the criminal conviction of a Tory staffer, Michael Sona, as well as another, earlier lawsuit Shrybman launched. In that case, a judge ruled that the robocalls were an attempt at voter suppression, but the judge could find no evidence that the suppression was a deliberate tactic by the Conservatives.

"I've come to know Elections Canada because of this litigation," Shrybman said. "They're pretty determined to make sure people can exercise their democratic right to vote. I'm a little concerned about coverage that suggests they're the problem."

The "real problem," Shrybman said, is not what happens at polling stations but how voters' information is used, and sometimes misused, from political parties' databases.

"That information can be used to suppress the vote," he argued. "The answer to that problem is to require production on demand of the records of how that information was used."

Roberts and her team observed last week's advanced polls, but said she can't divulge their findings because they're still gathering information. On Monday, the team will attend polling stations in Ottawa to observe voting, ballot counting, and to document any concerns country-wide from political parties or organizations.

But without an enforcement mechanism, what will ensure Roberts' recommendations -- when her report is released publicly within two months -- are heeded?

"We very much encourage and hope that Canada will set a good example for other participating states in terms of taking action and responding to the recommendations," she said.