A court case scheduled to start in September in British Columbia could have severe consequences for public health care in Canada, warn those speaking on behalf of two interveners in the case. 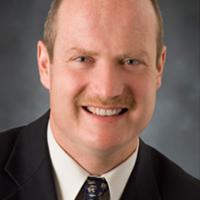 "It's hard to overstate the importance of this court case," said Vanessa Brcic, a family doctor in Vancouver who is on the board of Canadian Doctors for Medicare, speaking at a late March public forum at the University of Victoria.

The case between Brian Day's Cambie Surgery Clinic and the B.C. government will test whether Canada running a public health care system that restricts extra billing is constitutional, Brcic said. A win for the clinics would spell the end of a system where services are based on need rather than ability to pay, she said.

With a few exceptions, the Medicare Protection Act prohibits doctors and other care providers from charging patients directly for services that are insured through the public system. The law says people should have "reasonable access" to care that is universal and unimpeded by user fees or extra billing.

In 2012, a B.C. Medical Services Commission audit found Cambie Surgeries Corporation and the closely related Specialist Referral Clinic (Vancouver) Inc. were guilty of extra billing on a "recurring basis" and had broken the act.

The Cambie clinic offers a variety of surgical procedures, including orthopaedic, eye and dental, with fees ranging into the neighbourhood of $15,000. The audit found nearly $500,000 in extra billing, and $66,000 in double billing within a 30-day period.

Day responded to the audit and the MSC's steps to stop extra billing at his clinic by launching the constitutional challenge. In a phone interview, he said there's no doubt the case is enormously important.

"Lawyers across the country are calling it the biggest case in Canadian history," Day said. "It's going to be a big event. It will be news every day when the trial is on."

Initially several clinics were involved, but Day's clinic is the only one that remains in the challenge, the others he said have dropped out voluntarily to make preparations for the case less onerous. The other plaintiffs are five patients.

In the months before the hearings begin in B.C. Supreme Court, the interveners will be raising public awareness of what's at stake, said Adam Lynes-Ford, the Medicare Campaigner for the B.C. Health Coalition.

Whatever the provincial court decides, lawyers for the interveners are expecting an appeal to the Canadian Supreme Court, he said. Those lawyers include Steven Shrybman, Steven Barrett and Joe Arvay, and the coalition is trying to raise $550,000 to cover legal bills.

There's strong support in Canada for protecting the public health care system, said Lynes-Ford. "We have public opinion on our side."

They will, however, be up against "emotional" stories from patients involved in the case, he acknowledged.

Vancouver Sun health writer Pamela Fayerman summarized some of those stories in a 2012 article, which quoted a health ministry official who argued that in the public system, anyone who needs urgent care should not have to wait.

The article included stories about two young people who would've had to wait a year or more for knee surgery in the public system. Another was about a 79-year-old woman with terminal lung cancer given two years to live, who didn't want to wait a year for knee surgery. The fourth was about a 36-year-old who got a quicker diagnosis of her colon cancer by avoiding a nine-month wait in the public system for a colonoscopy.

Walid Khalfallah was also added to the case in January 2013, Day said. A teenager from the Okanagan, Khalfallah became paralyzed from the waist down after waiting 27 months for surgery, which he eventually received in Washington State after his family gave up on the B.C. system.

In 2012, the B.C. Patient Care Quality Review Board found that the Provincial Health Services Authority had failed Khalfallah, and an assistant deputy minister acknowledged he'd been inadequately served.

"Nobody knows when they're going to suddenly deteriorate," said Day. "Twenty-seven months for a child is too long... Our opponents are going to have to justify the system is worth saving despite this kind of incident."

The court case, he said, is about whether patients who are suffering on a wait list for a medical service should be restricted from spending their own money to get treatment sooner.

While the stories are emotional, they have to be separated out from the broader story of how growth in for-profit care would erode the public system, said Lynes-Ford. "We'll have to work at extracting those things," he said, noting it's a chance for public education on the implications of for-profit care.

The interveners also include two patients with chronic conditions, Glyn Townson and Thomas McGregor, who argue they'll be hurt by a shift to two-tiered care.

"If access to necessary medical or hospital services may increasingly depend on ability to pay and not medical need, then I am concerned that physician and other healthcare providers and resources now available to me in the public system will be shifted to a for-profit private system, to which only wealthier and healthier individuals may have access," Townson said in his 2009 affidavit. "This in turn would reduce the physician and other healthcare resources available in the public system."

For-profit clinics tend to cherry pick people who are healthy, wealthy and easily treated, said Brcic. They draw professionals out of the public system and leave that system to deal with the most difficult situations, she said.

Brcic was also candid in her criticism of the current system, saying there is a need for innovation. The province will make its defence in the case by blaming doctors for not shepherding patients through the public system better, however, B.C. is in a position where it could and should do much to improve that system, she said.

"We're just funding the continuing juggernaut, and it's really not an intelligent way to proceed at all," she said.

Increasing for-profit care is not the way to fix the public system, Brcic added. For-profit clinics will only provide care that they can profit on, and won't deal with anything requiring more complex care, she said.

Lynes-Ford raised concerns that a proliferation of for-profit care could lead to doctors making referrals to themselves that would benefit them financially. Brcic said paying for care puts people in the position of having to make major financial decisions at times when they are under duress.

According to Day, the case isn't about private clinics or for-profit care, but about whether a patient who is suffering on a wait list should have the right to pay for his or her own treatment. Not only does the government claim to provide access to services that in at least some cases it is not delivering, it also legally prevents people from seeking treatment outside the system, he said.

Already various people are exempt from these laws, he said, including people in the armed forces, those whose treatment is being paid for through workers' compensation, and non-residents. "Canada is the only country in the world that gives non-residents freedoms it denies its own citizens," he said.

"The philosophy of Tommy Douglas was Canada's health system should set a base minimum of care everyone should have," he said. The idea was not to set a ceiling, but in many cases that's what's happened, he said.

It will be up to the government to prove either that there are no wait lists or that nobody is harmed by being on a wait list, he said, adding "they can't do that."

"We've already won in the court of public opinion," said Day. We have a society where people are free to spend their money on gambling, alcohol or medical marijuana, he said. "It makes no common sense to say they can't spend it on their health."

Several audience members at the UVic event raised concerns about the provincial government's role in the case. They said the government has in recent years appeared keen on encouraging for-profit health care while choking the public system, and questioned whether it would take its role defending against the clinics seriously.

B.C. Health Minister Terry Lake would have provided them little reassurance. When asked last week if he would comment in general on the importance of the case, he said, "No. It's his case," referring to Day. "It's his case. He's suing us."

It would be inappropriate to comment while the matter is before the courts, he added.

Health ministry spokesperson Ryan Jabs later emailed a statement on the government's position. "Private clinics in B.C. must operate within the Medicare Protection Act," he wrote. "The Medicare Protection Act is designed to preserve a publicly-managed and fiscally sustainable healthcare system for British Columbia and ensures access to medical care is based on need and not on an individual's ability to pay."

The Medical Services Commission is legally mandated to enforce the act, he said. "The Ministry of Health respects the authority of the Commission to uphold the act and fulfill their mandate."

Day said he believes he has many quiet allies in governments throughout Canada. "The reality is people are ready for change now," he said. "I suspect governments across the country are looking forward to this lawsuit being lost by the B.C. government."

If the clinics win the case, it will allow governments to blame the courts, then get on with making the needed changes, he said.

Initially there was concern among the interveners that the B.C. government, which had ignored extra-billing until it was forced to do something about it, would be the defendant, said Lynes-Ford.

In a four-page brief on the case, the BCHC and Canadian Doctors for Medicare put it this way: "Given the pro‐privatization history of the current government, it is unlikely they will make all the arguments and cover all the areas of evidence that need to be covered in order to fully defend Medicare."

The doctors' group has since removed the brief from its website, saying it was written Nov. 4, 2013, was no longer up to date and never meant for public release.*

But the province has mounted a strong defence, and the interveners and their lawyers are pleased, said Lynes-Ford. "The B.C. government is actually going quite aggressively against these clinics now."

Day said he anticipates the case to be a "slam dunk" at the Supreme Court of Canada, but he's confident of winning at the provincial level as well. "We have faith the legal system will judge this objectively and without the ideological hat on."

It's tough fighting the government with its unlimited resources from taxpayers, he said, but without providing details said many of the governments filings from expert witnesses will actually help his side of the argument. "The government lawyers are naive to the point they don't realize that, but they will."

*Story updated April 22 to include primary source, and a sentence was added for clarity.