The union representing many British Columbia government workers has taken a position against building the Site C dam, a project some of its members are working on and that other unions support. 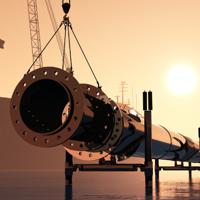 In BC, Ample Fuels for Union Debates

"This was a membership driven motion," said Stephanie Smith, the president of the B.C. Government and Service Employees' Union. "We have 68,000 members and there is a diversity of interests."

Smith said the motion was brought forward by the union's environment committee and passed unanimously. There was no debate even though Smith invited discussion, she said.

A statement from the union said it opposes building the dam because it is not needed, it will cause a loss of habitat, it infringes First Nations' hunting and fishing rights, productive agricultural lands will be lost and it fails the economic test of "providing a lasting net benefit to British Columbians."

First proposed some 30 years ago, Site C is to be the third of a series of dams on the Peace River and will flood an 83-kilometre long stretch of the river to generate 1,100 megawatt hours of electricity, enough to power 450,000 homes per year.

The provincial government approved the $8.8-billion BC Hydro project in Dec. 2014 and announced it intended to start construction this summer.

BC Hydro spokesperson Kevin Aquino confirmed project construction has begun, and will ramp up over the summer. ''Security has mobilized to [the] site and some initial clearing activities on the north bank of the dam site area are underway,'' he said, adding gates and signage have been installed.

Several First Nations and local landowners have filed lawsuits trying to stop BC Hydro from building the dam.

BCGEU members have been involved in the planning and approval of the project. Within B.C.'s energy and mines ministry, about half a dozen members are currently working on the Site C file, a ministry spokesperson confirmed.

Other unions with members working on, or likely to work on, Site C have supported the government's decision to move ahead.

The BC Building Trades, for example, has fought hard to have unionized labour work on the project. Executive director Tom Sigurdson was on vacation and unavailable this week to comment on the BCGEU position.

COPE 378's members include workers at BC Hydro. "Generally we're in favour of Site C with a couple of important caveats," said president David Black.

As long as the dam is built using union labour and the concerns of First Nations are addressed, COPE 378 supports building Site C, Black said. "These things need to be resolved before we would unconditionally support the project."

But otherwise the union thinks a publicly owned asset that produces relatively clean energy is a good thing, Black said.

Asked about the BCGEU's stand against Site C, he said, "They're entitled to take whatever position they want on whatever they see as the issue of the day."

Black said he spoke with Smith after the BCGEU announced its position on July 23. He said he and Smith agreed about First Nations issues, but disagreed on whether or not Site C is a valuable project for the province.

Smith acknowledged different unions have different perspectives on the project. "I understand fully for the building trades, the project is work," she said, noting that if the project does go forward, the BCGEU believes it should use unionized labour.

As for her own membership, Smith said she's received just two emails about the BCGEU stand, one asking for a clarification on the position and the other asking about the process that led to the discussion. The reaction on Twitter was positive, she said.

The B.C. Utilities Commission never had the opportunity to assess Site C and that kind of scrutiny is needed for a project where "there's potential for my grandchildren to still be paying off this project," Smith said.

The views of First Nations whose traditional lands and hunting and fishing territories are going to be impacted also need to be heard, she said, adding that the union is considering financial support for Join the Circle, which is raising money to support the West Moberly and Prophet River First Nations court challenges to Site C.

It's yet to make that decision though, which is a subject of a bigger debate, she said.