British Columbia Liberals used their majority on a legislature committee to push through a motion referring the 2012 health ministry firings to the office of the Ombudsperson for investigation. 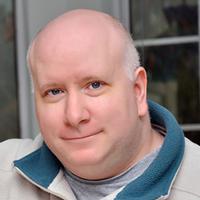 Three weeks ago Ombudsperson Jay Chalke warned that such an outcome, with the committee split along partisan lines, would undermine public confidence in the investigation and risk making his office appear politicized.

"I'm disappointed," said Scott Hamilton, the chair of the select standing committee on finance and government services and a Liberal MLA. "This committee has worked really hard to get to this point. I think the right decision was made. It would have been really nice if it were unanimous, but I think we did all we could to get there."

The committee voted 5 to 4 to refer the firings, which the government has admitted were botched, to the Ombudsperson to investigate "as they see fit." Liberals on the committee voted in favour of the motion while NDP members voted against.

In a letter to the committee sent July 7, Chalke stressed the importance of public confidence in the outcome of the investigation. He asked the committee to give "the utmost consideration" to the views of the people who were directly affected by the firings and make sure any referral to his office was unanimous.

"In my view such confidence cannot exist... unless there is unqualified bipartisan support within the Committee for such a referral," he wrote. "Without the support of both parties represented on the Committee, I am very concerned about the potential appearance of politicization of this office, whose independence and impartiality are its most precious assets."

He added: "Whatever the Committee decides to do in this matter, I would ask that it do so unanimously."

Eight people directly affected by the firings gave their views in a July 27 letter to the committee outlining why they don't think an investigation by the Ombudsperson would get to the heart of the matter.

Committee vice-chair Carole James said she and her NDP colleagues on the committee voted against referring the matter to the Ombudsperson because of concerns raised by the people who were fired.

"Not all the concerns have been answered," she said. Outstanding concerns include matters related to the Ombudsperson's jurisdiction and whether the government will be willing to waive its rights to keep certain information, such as legal advice, secret from the investigation.

James and other NDP members argued for inviting Chalke to appear before the committee to address the concerns, but Liberal members rejected the suggestion.

Chalke will be required to act on a referral from the committee, James said, adding that "It's our responsibility not to give him something that's going to be difficult for him... it's clear to me there are going to be some difficulties here."

Joanna Gislason, a lawyer for two of the fired people plus Linda Kayfish, whose brother Roderick MacIsaac committed suicide a few months after the government fired him from a co-op position, said the conditions for public confidence in the process are not in place.

Liberal committee members said the intention is to have a wide-ranging review, she said, but questions remain whether the Ombudsperson Act provides for that. "It sounds good right now, but I think the NDP's point was absolutely bang on," she said. "Let's just ask the Ombudsperson, 'Are you able to deal with those legal issues, or not?'"

A spokesperson for Attorney General Suzanne Anton said in an emailed statement that existing protocols allow the government to share its own privileged information with the Ombudsperson's office, and that ongoing lawsuits won't prevent anything from being reviewed, though the Ombudsperson may decide to wait until after the lawsuits end to report on matters that might prejudice the judicial process.

*Late Wednesday afternoon Chalke released a statement saying he's committed to conducting a diligent and professional investigation, noting that the Ombudsperson Act requires him to investigate and report back when a committee refers a matter to his office.

"My advice to the committee was that a decision about the referral ought to be unanimous," he said. "While that was not the case, and would have been my strong preference, I respect the legal obligation conferred on me under the Ombudsperson Act and will carry out a rigorous investigation."

The government justified the firings in 2012 citing allegations related to data management, contracts and conflicts of interest. It has since reinstated two employees, and settled out of court in wrongful dismissal and defamation lawsuits with them as well as a third former employee.

Premier Christy Clark has apologized for some of the firings and for misleading the public about a non-existent RCMP investigation into the allegations. Lawsuits initiated by one former employee and by a former contractor are ongoing.

An earlier investigation report by employment lawyer Marcia McNeil said some key senior officials declined to participate in her review and that she could not answer questions about who made the decision to fire the employees or why.