Eight people affected by the botched firings from the British Columbia health ministry in 2012 say a proposed review by the Ombudsperson will fail to provide the answers and accountability that they and the public need. 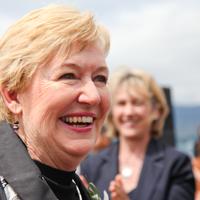 The B.C. legislature's select standing committee on finance and government services is considering a request from Health Minister Terry Lake to ask recently appointed Ombudsperson Jay Chalke to review what went wrong with the firings.

"After consultation with our legal counsel and despite our genuine efforts to find a way to make this option work, it is clear that our needs and those of the public cannot be met through an Ombudsperson's investigation," said the letter dated July 27. "Indeed, it is a legal impossibility."

Signing the letter were Ramsay Hamdi, Robert Hart, Malcolm Maclure, Ron Mattson, David Scott and Rebecca Warburton, all of whom were fired from the ministry in 2012, as well as former ministry contractor William Warburton and Linda Kayfish, whose brother Roderick MacIsaac killed himself a few months after being fired from a co-op position with the health ministry.

The government justified the firings in 2012 citing allegations related to data management, contracts and conflicts of interest. It has since reinstated Maclure and Hart, and settled out of court in wrongful dismissal and defamation lawsuits with them as well as Mattson.

Premier Christy Clark has apologized for some of the firings and for misleading the public about a non-existent RCMP investigation into the allegations. Lawsuits initiated by Rebecca and William Warburton are ongoing.

An earlier investigation report by employment lawyer Marcia McNeil said some key senior officials declined to participate in her review and that she could not answer the questions of who made the decision to fire the employees or why.

The letter from the eight people affected, released by Vancouver lawyers Gary Caroline and Joanna Gislason who are representing some of them, details why they would prefer a full public inquiry to an investigation by the Ombudsperson.*

While they are glad Minister Lake sees the need for an independent review, the Ombudsperson lacks the jurisdiction to get to the heart of the matter, the eight said.

"There is no escaping that confidentiality is a core tenet of his process or that his interviews are conducted outside the public eye," they wrote. "No amount of tinkering with his statutory process can change the fundamental mandate of the Ombudsperson."

The letter writers also say the Ombudsperson's role is not well suited to investigating the kinds of broad concerns they have. "The central matter requiring investigation is what motivated the dramatic interference with research and programs which were improving the safety and effectiveness of prescription drugs for British Columbians," they wrote. "This was the direct result of our unexplained terminations."

The letter said that more than 25 other employees and contractors were negatively impacted by the investigation. "Some were fired or forced to retire; others had their contracts or data access suspended, terminated, or not renewed," it said. "Many were intimidated in various ways."

The work the employees and contractors were doing was important research on prescription drugs, they wrote. "The now largely suspended, hampered, or cancelled work at the Ministry of Health was of tremendous benefit to the public purse and to public health. The public is entitled to know why it was targeted."

Among the questions that need answers is who benefited from the firings, the writers say, and "Did the pharmaceutical industry have explicit or implicit influence over government decision-making?"

According to the letter writers, "The evidence must be followed wherever it leads, including into the Premier's Office and Cabinet."

The review needs to be transparent to the public and broad in its scope, the letter said. It also needs to give the people who were fired the ability to participate meaningfully and to satisfy the public right to know what happened.

"It would simply not be appropriate for the Ombudsperson to accept the referral of a matter he lacks legal authority to pursue," they concluded. "Nor is it appropriate to ask him to do so... Another process that provides no answers and no accountability will only cause us further damage."

The select standing committee on finance and government services next meets on July 29.

*Story corrected July 28 at 8:30 a.m. Lawyers Gary Caroline and Joanna Gislason are representing only some of the fired workers, not all of them as previously stated.