Both Victoria and Vancouver felt cool sprinkles of rain this weekend, bringing temporary relief to the hot and dry summer that has stoked wildfires and caused water supplies to drop below normal across the province. 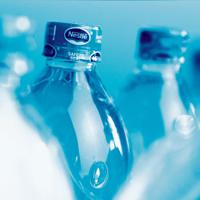 Drought-Parched BC All but Gives away Water

But while the rain was a welcome sight, the health of B.C.'s mountain snowpack -- which slowly melts and recharges rivers and reservoirs in the summer -- may be a more important metric for determining the health of the province's water supply.

The most recent snowpack and water supply bulletin from B.C.'s River Forecast Centre shows that province-wide snowpack levels on June 15 were only at five per cent of normal conditions for that time of the year. In many basins -- including the Lower Fraser, Okanagan, South Coast, Vancouver Island -- the snowpack surveyed was at zero percent of normal levels.

"Those are record low conditions for the June 15 bulletin," says Tobi Gardner, a hydrologist with the River Forecast Centre. "Zero percent is about as low as you can go, obviously."

Low snowpack has combined with a hot, early spring to create low water levels in streams and rivers around the province. Current flow conditions in the Lower Fraser, South Coast and Vancouver Island are "more typical of what we usually see in August or early September," says Gardner.

Two areas of Vancouver Island introduced highest-level water restrictions last week, while the province banned freshwater fishing on the island's southern half. Metro Vancouver has imposed level two restrictions, as the city's reservoirs currently sit at 75 per cent of their full capacity.

Marilyn Towill, a manager with Metro Vancouver's water services, says they started drawing down the reservoirs about six weeks early this year. Water consumption is also ahead of schedule.

She says low snowpack is an important part of that equation. "The snow gives us a buffer. It slowly melts and helps keep us full into the summer," she says.

"We didn't have that this year."

In British Columbia, climate models show a province that gets wetter as it gets hotter. But retired BCIT professor and rivers advocate Mark Angelo says changes in the kind of precipitation B.C. will receive are more concerning from a water management perspective.

"Fall, winter and spring will be warmer and wetter while summers will be hotter and drier," he says. That means some of the water that falls as snow during the winter will fall as rain instead.

As winters get warmer but wetter, some B.C. rivers may change from being primarily snow-fed to primarily rain-fed. Water that falls as rain will get flushed through river systems, instead of being saved for summer as snowpack.

"Historically, that snow would melt in late spring and early summer and in effect that would provide a reservoir for a lot of our creeks and streams -- but without that, then you tend to get rivers that might run faster and bigger in mid-winter. And without that reservoir, that additional runoff that the snowmelt provides, then river levels drop much faster [in the summer]," says Angelo.

Angelo is particularly worried about what low levels and higher temperatures in the South Coast's waterways means for fish.

Fish thrive in water where the temperature stays between 13 and 18 degrees C, and snowpack acts as a natural reservoir that gradually releases new, cold water into streams during the summer. Without an injection of snow melt, water temperatures in the summer rise -- increasing pre-spawning mortality rates for salmon and making fish more susceptible to infection and disease.

"Once water temperatures start to exceed 20 degrees, you're entering the lethal range for many fish," says Angelo.

"Just in recent days, I've been along creeks such as Stoney Creek, Eagle Creek, Guichon Creek, lots of small creeks in and around where I live, and stream temperatures are 21, 22 degrees. [In early July], the Fraser River between Richmond and Delta was running at 19.8 degrees."

Gardner says conditions this year have been unusual. In his mind, it's too early to know whether they'll carry over into the future -- but there are some concerning similarities between conditions this summer and what climate models tell us about the future.

"It's hard to characterize it as the new normal at this point, but all that said, some of the work that [has been done] in terms of future climate modelling has shown that the conditions we've experienced this past winter, in particular in southern B.C., are similar to what the modelled results for later in the century have shown," he says.

Angelo sees important lessons for British Columbians in the California drought -- ones he hopes residents and governments will take to heart before conditions worsen.

"We remain wasteful of water. We have to continue to pressure governments to take appropriate action to address climate change in the strongest and boldest way," he says.

The province is in the process of finalizing policies and regulations for B.C.'s new Water Sustainability Act, which comes into force in 2016. Advocates like Angelo see an opportunity to legally protect water flows and fisheries. "Given what's happening, we have to develop a more precautionary and conservative approach to the fishery, because there are so many unknowns out there on the climate change front."

"Water and river-related laws have to be modernized and strengthened to better protect water resources and ecosystems."