A report released today by the University of Victoria's Environmental Law Centre calls for sweeping reform of Canadian charitable law in line with other jurisdictions like the U.S., Australia, New Zealand and England. 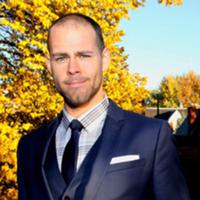 Why Is a Weakened CRA Still Auditing Charities?

Under current laws, charities cannot spend more than 10 per cent of resources on political activity. The report found the Canadian Revenue Agency's current definition of political activity is unclear, spurring an "intolerable state of uncertainty" and a "chilling effect" among charities.

"This has created a confused and anxious charitable sector and detracts from them carrying out their important work," Calvin Sandborn, legal director of the Environmental Law Centre, said.

The University of Victoria report, commissioned by DeSmog Canada, comes as 52 charities are targeted in a $13.4 million audit program launched by the federal government in 2012 investigating whether any have violated political spending limits. Those charities include Environmental Defence, the David Suzuki Foundation, Canada Without Poverty, Ecology Action Centre and Equiterre.

Australia and New Zealand have modernized their laws in recent years to allow charities to conduct more policy advocacy in carrying out their missions.

"U.S. charity regulation is superior to current Canadian law because it is less vague and more respectful of the value that charities bring to public policy debates," the report states.

Many European countries place no limit at all on a charity's political activities.

Charities impacted by federal audits applauded the reports' recommendations. Environmental Defence executive director Tim Gray said the findings put Canada's laws in context with other western countries. "It gives a sense of how far Canada is behind on these things," he said.

Earlier this month, 18 Canadian charities called on the country's politicians to enhance the ability for charities to engage in public policy debates. "Our society has evolved and our legislation hasn't," said Eric Hebert Daly, executive director of the Canadian Parks and Wilderness Society, a group that signed on to the letter.

In October 2014, the Broadbent Institute released a report that raised questions about whether recent audits have targeted charities critical of the Harper government. The report said several right-leaning charities are reporting zero political activity while engaging in work that appears to meet the CRA's definition.

There is a direct structural chain of command from the Minister of National Revenue to the charities directorate (which audits charities), the University of Victoria report notes. To prevent partisan interference, the authors call for a politically independent charities commission like the one in England and Wales.

"Regardless of whether the audits are targeted or not, an obvious way to address this issue would be to reform the law to eliminate the potential for political control over CRA audits," the report reads. "This has been done in other jurisdictions."

"The perception that audits may be targeted at charities critical of government policies creates a chilling effect," the report says -- adding that with such vague rules, charities can end up spending an "inordinate amount of energy and resources protecting themselves from an audit."

The report also notes the contrasting treatment of business and charities under the Income Tax Act. Ads are tax-deductible for business, while charities' public service ads are limited under the 10 per cent rule.

"There's massive spending going on by the oil sector to influence public policy. Every dollar they spend on lobbyists in Ottawa or on television ads, they deduct from their gross income and therefore reduce the income tax that they pay to build roads and run hospitals," said Gray, adding current policy favours involvement of corporations at the expense of citizens.

Policy advocacy by Canadian charities has resulted in measures addressing acid rain, regulations on smoking, laws against drunk driving and regulations on toxic chemicals. But these "counterbalancing" efforts are chilled by audits, the report finds. “This impairment of charities' pursuit of the public interest has been magnified by the recent spate of audits and their repercussions on the charitable sector,” the report says.

Canadian charities and non-profit organizations account for more than eight per cent of Canada's GDP. As of the end of 2013, there were more than 86,000 registered charities in Canada.