For Kevin Monahan, a spokesperson for the group Concerned Citizens of Qualicum Beach, central to this year's municipal election are the development decisions made by current council about what can be built where in the mid-Vancouver Island town. 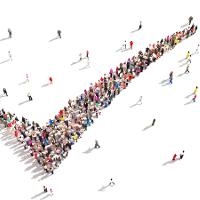 The community has had divisive battles in the last three years over specific projects, as well as over the guiding principles that govern property development in the town.

"It's a big issue here," Monahan said. "There is polarization.”

Monahan, whose group has registered to advertise as a third party during the campaign period, is clear what he'd like to see happen in Saturday's vote. "The incumbents in Qualicum Beach have to go," he said. "There's a group of Chamber of Commerce, growth-at-any-cost types, who've got control of the council and basically are running it."

Qualicum Beach has a mayor and four councillors. The incumbent mayor, Teunis Westbroek is fine, said Monahan. But the three councillors who are running again -- Mary Brouilette, Bill Luchtmeijer and Dave Willie -- need to be replaced by any of the six people challenging them for their positions, he said.

Over the past three years, the council has axed certain citizens' advisory committees, approved the five-storey Clarion condo building next to the town hall in what's until now been a low-rise town and reduced development cost charges, said Monahan.

'What we want is smarter development'

The council also extended the urban containment boundary, pushing it out so that it exactly follows the town boundary and makes it easier to develop anywhere, he said. "Qualicum encloses a lot of area that's green space."

The Concerned Citizens of Qualicum Beach gets labelled as anti-development, but that's not fair, he said. "Really, what we want is smarter development."

Interestingly, that sentiment is similar to one that councillor Brouilette expressed, saying it's too simple to label the council as being for or against growth. "I don't believe there's an either-or," she said. "There's planned growth and there's urban sprawl."

Brouilette acknowledged change can be scary, but said she's proud of the council's efforts to attract investment in Qualicum Beach. "Elected officials have to do what's best for the whole community, not pockets of the community," she said.

Nor did she see development as a major election issue, slating it as less important than things like holding the line on taxes, updating infrastructure and creating a master plan for the town's waterfront. "We haven't done enough development, actually," she said.

To try to encourage growth downtown, the council has changed height restrictions and provided relief on development charges for high density buildings, she said. Extending the urban containment boundary was a "common sense" move that takes the regional district out of local decisions, she said.

"It should have been done at our last official community plan, but the previous council wouldn't discuss it," she said, adding green space will still be protected. "The boundaries are there. Why would you have two boundaries that zig all over the place?"

Brouilette said she believes the changes the council has made reflect the wishes of the majority of residents, but nobody will know for sure until the votes are counted.

"The people who are speaking out are very few people," she said. "These are not the people who care about Qualicum Beach... They say they represent a lot of people, but they don't."

Monahan said the petition against the Clarion development got 800 signatures in a town of around 8,000 people. "We feel we have significant support."

While the main issue is development, many people are concerned about the way the council makes its decisions with a minimum of outside input, said Monahan.

"In many ways, the community has been left out of the equation," he said. "Many people just don't want to see these people on council anymore."