As a tour guide of 14 years, Douglas Neasloss knows the Kitasoo/Xai-xais First Nation's remote B.C. Central Coast territory inside and out. 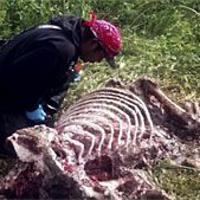 The 31-year-old former chief always knew the mainland region was the only place to spot grizzly bears, whereas black bears and white "Spirit Bears" could be found both on the mainland and coastal islands. It was knowledge engrained in him as a young boy, when he was taught how to track animals.

But in 2006, Neasloss started to notice a strange shift: many grizzly bears were showing up on unprotected coastal islands where he had never seen them before.

Confused, he starting asking elders if they had ever seen grizzlies on the islands -- but none had.

"I've seen a lot of grizzly bears shot [by trophy hunters] over the years and if they're there, you want to make sure the habitat is protected," he said.

"I notified the province and they said: 'Well, you're not a scientist or biologist.' I felt like vocal knowledge didn't mean a lot in their eyes."

So Neasloss recruited scientists to look into it. Now, the results of two years of research, published Tuesday, have not only validated Neasloss's observation but could trigger new habitat protection policies for a group of coastal islands across from Haida Gwaii.

Published in the PLOS ONE scientific journal by Spirit Bear Research Foundation, Raincoast Conservation Foundation, and the University of Victoria, the research reveals 10 of 14 surveyed islands show evidence of resident grizzlies and are currently unprotected by government law.

Hakai-Raincoast scholar and assistant professor at UVic Chris Darimont said the bears aren't just passing through the islands, either, because remote camera pictures and hair snags indicate the presence of mother grizzlies with cubs, which, unlike males, don't move around much each season.

Meanwhile, another study from the Heiltsuk First Nation recently revealed a "bear highway" in the Great Bear Rainforest that grizzlies use to travel hundreds of kilometres each year.

The University of Victoria's Chris Darimont, who is an author on both studies, said the fact that both were published in the same month is happenstance.

"It's this neat coincidence that they're coming out at the same time," he said.

"As you can imagine, there are many years as well as thousands of hours of field/lab time and genetic analysis that have gone into both studies."

He said the conservation implications could be huge.

"These are sensitive creatures, and as it stands now the management boundary by the province ends rather abruptly before the islands," Darimont said. "We've suggested that the boundary should be dragged out westward as the grizzlies move."

In total, the study gathered 149 grizzly observation records on 14 islands over two years.

In addition to scientific methods, oral histories were gathered from Kitasoo/Xai-xais and Heiltsuk people, which revealed, in many cases, a 100 per cent consensus that grizzlies have been appearing and increasing on islands that they had never been seen decades before.

Neasloss, who is on Kitasoo/Xai-xais council, said leadership is now in talks with the province about the implications of the study, but the First Nation will be looking at ways to protect the islands in the meantime.

"We're going to start making important decisions," he said. "My people have always lived with bears and have always had a very deep respect for them."

Neasloss also said that seeing such a big shift in the grizzly population is concerning and he feels it is important to now figure out why.

"I'm not a scientist, but I would attribute a lot of their movement to decline in salmon," he said. "I think that's something we need to deal with and figure out." 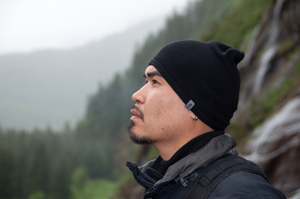 Raincoast executive director Chris Genovali added that the research brings up other concerns about forest management and industrial activity in the Great Bear Rainforest.

"The results of our study raise important questions about whether there is adequate protection for the Great Bear Rainforest's numerous island environments and the wildlife that inhabit and depend on them," he said in a statement.

"The failure to recognize these islands' ecological importance is not an inconsequential matter to be ignored."