With the federal government's approval of Enbridge's Northern Gateway pipeline this afternoon, First Nations across the province say they're ready for the battle of a generation. 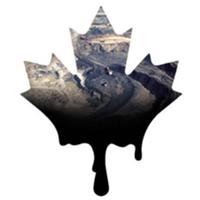 With the backing of a 21,000-signature "hold the wall" online petition, an alliance of six First Nations who live directly along the pipeline route says its members are willing to put up a massive fight to prevent the project from crossing their territories.

"We're not going to make it easy for them. Nor are British Columbians going to make it easy," Yinka Dene Alliance coordinator Geraldine Thomas Flurer told The Tyee. "Our women are ready to put their lives down on the line to stop this project," she said. "We're going to do everything we can to protect our water."

The first such action by indigenous women has already been announced. On Friday, Gitga'at First Nation women have pledged to stretch what they're calling a multicoloured crocheted "chain of hope" across the more than 3.5 kilometre-wide Douglas Channel -- a symbolic blockade against oil tankers, organizers said.

In his statement approving the project, Natural Resources Minister Greg Rickford said the government accepts the National Energy Board's Joint Review Panel recommendation lsat December that Enbridge must meet 209 conditions before proceeding -- a goal the company says it's already on track to meeting.

"Today constitutes another step in the process," Rickford said in a statement. "Moving forward, the proponent must demonstrate to the independent regulator, the NEB, how it will meet the 209 conditions. It will also have to apply for regulatory permits and authorizations from federal and provincial governments.

"In addition, consultations with Aboriginal communities are required under many of the 209 conditions that have been established and as part of the process for regulatory authorizations and permits. The proponent clearly has more work to do in order to fulfill the public commitment it has made to engage with Aboriginal groups and local communities along the route."

Enbridge says its $7-billion project would create 3,000 jobs in construction and 560 long-term jobs in the province, and that it has addressed widely held concerns about the risk of an oil tanker accident or a pipeline spill.

The pipeline would transport 200-million barrels of diluted bitumen a year from Alberta's oilsands 1,177 kilometres to Kitimat, B.C., where it would be loaded onto oil tankers bound for Asian markets.

Jody Wilson-Raybould, Regional Chief of the B.C. Assembly of First Nations, said she was not surprised by the approval, but that the fate of Northern Gateway is still not a done deal because of opposition. She said that First Nations are "extremely disappointed and frustrated" that Canada would green-light the pipeline "in the face of such overwhelming public opposition to the project."

"There's such outspoken opposition and disdain for this that has surfaced,” Wilson Raybould told The Tyee. "The reality is that people in this province, beyond First Nations, will let their feelings be known.

"We have been quite clear about the fundamental need to ensure we protect the pristine coast of this province from what could be a devastating and catastrophic spill as a result of this project."

Coastal First Nations executive director Art Sterritt hinted at a May 10 rally that several other bands are already preparing lawsuits against the controversial project, saying they were not consulted and their concerns not accommodated. The pipeline could spend years mired in legal challenges, he said.

In response to the announcement, a group of nearly 30 B.C. first nations and tribal councils said they "will immediately go to court to vigorously pursue all lawful means to stop the Enbridge project." The statement, distributed by the Union of B.C. Indian Chiefs, includes endorsements from the Carrier Sekani Tribal Council, Council of the Haida Nation, Haisla Heiltsuk, and Tahltan Central Council.

"We have governed our lands, in accordance to our Indigenous laws, since time immemorial," the statement read. "Our inherent Title and Rights and our legal authority over our respective territories have never been surrendered … We will defend our territories whatever the costs may be."

'We're going to go all the way'

But the Yinka Dene Alliance isn't waiting for those lawsuits to begin, Thomas Flurer said, and people are already on the ground preparing for battle.

She said they've been getting ready since Enbridge first arrived in 2006 touting the proposed benefits of its project.

"We're going to go all the way," she said. "We're going to do everything: all legal means necessary. It's going to impact them down the road when it comes to election time, and it's going to tie up the courts with a number of First Nations considering legal action. We've been prepared since they first came here -- we were ready in 2006 -- and we've been heavily organizing ever since."

The federal green light has left First Nations with a "feeling of being let down, really let down," Thomas Flurer said.

"Growing up as First Nations and Canadian, I actually was started to feel good about being a Canadian person. But slowly but surely everything's getting cut. The environmental laws our grandparents fought bravely for... they're gone," she said. "We're living in a time when democracy is getting away from us."

Thomas Flurer said she's "praying and hoping" the province's premier will continue to "stand up" for her own five conditions for backing the project, including improved oil-spill response systems, involvement of aboriginal groups, and a fair share of revenue for B.C.