Maybe this is the first provincial election you are old enough to vote in. You've read up on the issues and the candidates, argued with your friends and relatives, dodged all the spin and, finally, cast your ballot. 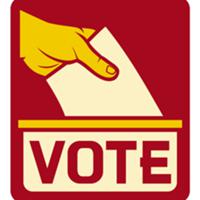 Building Democracy, One Young Voter at a Time

Time to party. That's the idea behind the Get Your Vote On election night party, happening Tuesday evening at Vancouver's Fortune Sound Club. The celebration of getting political will include DJs, live music, and a couple of panels of young analysts reflecting on what's at stake this election, and where we go from here.

Katie Hyslop, who reports on education and youth-oriented issues for The Tyee and edits for Megaphone magazine, will host the event. And if the tech gods allow, it will be streamed on The Tyee website as it unfolds.

Lyndsay Poaps, a volunteer for Get Your Vote On who is helping to organize the night, says her organization is all about increasing the voting participation of young people. Her organization has invested a lot of effort in the past year into registering young voters and she hopes Tuesday's party will add an extra incentive for them to go to the polls.

Poaps adds that young voter turnout is essential to the democratic process because according to studies, if you don't vote in your first three opportunities, you're likely to never vote. "Unequal participation equals unequal influence," she says.

British Columbians between the age of 18 to 34 make up more than a quarter of the province's voting age population.

But given that the same age group has the lowest turnout of any, all party strategists are trying to figure out how to make their youth support materialize at the ballot box.

Where have you been? is a question that Poaps might ask of those politicos. She suggests that when elections don't seem close -- as was the case until only the past week or so -- parties tend not to focus too much on attracting the younger vote. Party strategists might also perceive the "young vote" as a wild card. In other words, candidates don't know what to say in order to attract young people and as a result, their various issues are being swept under the rug.

Besides getting political parties to interact more with young people, Poaps sees much more that needs to be done. The first step is registering voters. The NDP has suggested letting teenagers register to vote before age 18, while keeping 18 as the legal voting age. Poaps likes that idea and suggests another: Make college and university students register to vote every time they register for classes. 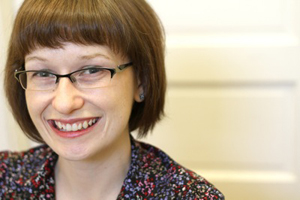 "More resources need to be spent on registering young voters and doing follow-ups to make sure people remember to vote," says Poaps.

Another idea, as has been proposed by the BC NDP, would be changing the date of the election from mid-May to the fall. "Having it when the students are out of school is counterintuitive," says Poaps.

If candidates are pushing to attract youth voters in the final days of this campaign, says Poaps, they need to work on their message. For instance, she says politicians haven't really talked about jobs and wealth in a way that affects young people.

"Young people care about the pipeline, but paying off debt and getting a job are also important."

For all the details about Tuesday night's Get Your Vote On election night party, click here.