One of the people fired from the British Columbia health ministry last year has been found dead. 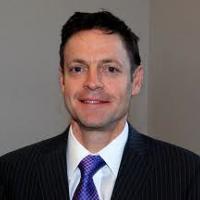 'I Thought I Was Doing a Good Job': Fired Health Ministry Staffer

Roderick MacIsaac, 46 years old, was a PhD student in the University of Victoria's school of public administration. He was on a work term at the health ministry when he and others were fired as part of an investigation Minister Margaret MacDiarmid has said involved inappropriate data sharing, contracts and undeclared potential conflicts of interest.

"I can certainly confirm his death was reported to us," said Matt Brown, the regional coroner for Vancouver Island. The Saanich Police Department reported MacIsaac's death to the coroner's office Jan. 8, Brown said.

MacIsaac's family has been notified and the coroner's office is asking people to respect their privacy, he said.

"At this point it's still under investigation," he said. "It's too early to speculate at this point and I'm not going to comment too much on the circumstances or cause of death. We'll continue to investigate how he died."

News of MacIsaac's death is awful for people who knew him, said Rebecca Warburton, who had been his advisor at UVic. Warburton lost a half time position with the health ministry as part of the same investigation, announced in September, that led to MacIsaac's termination.

"I'm very, very sad at the news," she said. "It's a sad waste of somebody with lots of potential. This was someone who was at the start of what I think would have been a very good career and it's all gone wrong."

"They observed some elements that appeared to be of a suspicious nature," he said. The officers called in detectives who investigated but found "there was no apparent foul play" and the file was returned to the coroner's service, he said.

He said he could not provide details about why the death was suspicious. But there nothing in the files to immediately suggest a suicide, he said.

When the health ministry fired MacIsaac he was just three days from the end of his work term.

The drugs include Champix, a Pfizer product that in 2008 and 2009 was the subject of safety warnings from the United States Food and Drug Administration and Health Canada.

Both Maclure and Mattson have filed lawsuits alleging wrongful dismissal and defamation.

Maclure's court filings said he had suffered mental distress because of the government's action, with symptoms including anxiety, lack of sleep, mood swings and nightmares.

Mattson has said the termination was devastating and that he felt shocked and humiliated.

The former employees who were members of the BCGEU are in a grievance process over their terminations.

UPDATE, 11:15 a.m., Jan. 10: Health Minister Margaret MacDiarmid was unavailable for an interview, but released a statement through a spokesperson: "I am saddened by the news we received yesterday of the unfortunate passing of a former ministry employee. I want to express my condolences to the family and friends of Mr. MacIsaac."